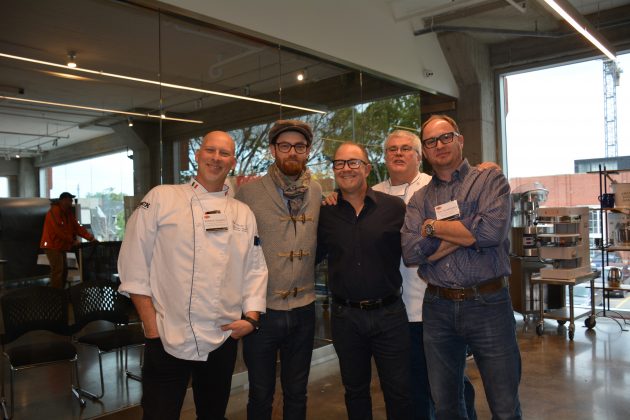 In October 2018, Vergalito (left) served as a judge for the Canadian Pizza Chef of the Year Competitions.

St. Catharines, Ont. – The Canadian pizza industry has lost a champion and an icon. Roberto Vergalito, known to many as The Pizza Dude, passed away on Sept. 30.

Vergalito, 48, owned and operated Roberto’s Pizza Passion in St. Catharines, Ont., for most of the past 20 years.

His career had many highlights.

Under the title, The Pizza Dude, Vergalito wrote many columns for Canadian Pizza over the years advising readers on the finer points of making pizza and pasta and running an independent pizzeria.

In 2007 the passionate pizzaiolo was invited to Ottawa to make pizza for then-Prime Minister Stephen Harper and caucus. He celebrated the occasion as part of a column for Canadian Pizza.

Vergalito, heavily involved in his community of St. Catharines, Ont., founded the Facer District Merchants and Residents Association and the Facer European Festival.

In 2016, he demonstrated how to make calzones and panzerotti and outlined the differences between these two Italian specialties in a video, “Calzone vs. panzerotti.”

More recently, in October 2018, Vergalito served as a judge for the Canadian Pizza Chef of the Year Competitions.

We extend our sincere condolences to Roberto’s wife Francesca, family and friends. Funeral details may be found here. In memory of Roberto, donations may be made to The Trust fund for The Pizza Dude’s children, Sebastian and Allegra.