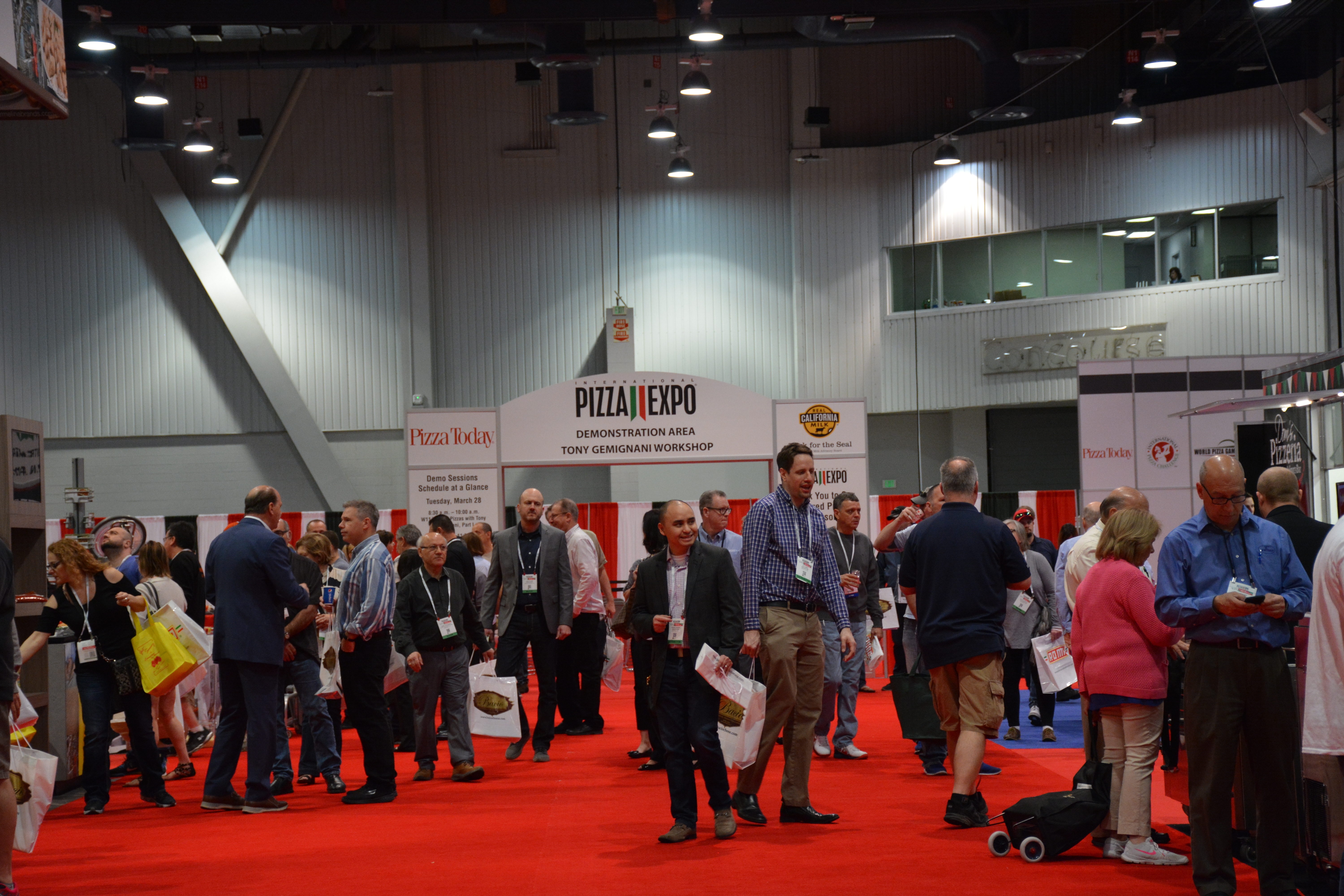 Las Vegas – If you’re looking to gain an edge for your pizzeria, an international industry event is a great place to start.

The International Pizza Expo in Las Vegas is one such event that – like a seasoned pizzaiolo – every year delivers a winning recipe. Anytime you get knowledgeable suppliers, experienced pizzeria operators, new operators and staff, and industry experts in one place at one time, it just works. This year was no exception. People bonded, learned and shopped. Throw in a heaping ladle of creative, competitive pizza making many went home inspired to elevate and improve their pizzerias.

Canadians were a visible presence on the show floor. Former Pizza with Purpose winner turned consultant Wayne Rempel of Lacombe, Alta., and John Winterbottom of Papa Baldy’s Pizza in Red Deer, stopped by the Canadian Pizza booth to say hello. Rempel presented a marketing seminar and Winterbottom was enjoying walking the show floor in search of, among other things, specialized food containers. John Pizzo and Dean Litster of Windsor’s Armando’s Pizzeria were enjoying the trade show floor and pointed out several pizza vending machines on display.

Canadians competed in every category. Meghan O’Dea of Pi Gourmet Eatery in St. John’s, N.L., who tied for fifth place in our Canadian Chef of the Year competition, placed third in the international region of the Non-Traditional division, where she has competed and placed in past years, and sixth overall. Chef of the Year Carlo Raillo of Vivo Ristorante in Edmonton represented Canada well in the Gluten-Free division and runnerup Rodolfo Santo of Gino’s Pizza & Spaghetti in Kingston, Ont., competed like a pro in the Traditional division – his first international competition.

Jason Seitanidis of Matador Steak and Pizza in Calgary took his western-style pizza to the Pan division, Cristoforo Calabrese competed in the Napoletana division and Guiseppe Cortinovis – last year’s Chef of the Year runnerup – came back to compete in the Traditional.

Past Chef of the Year Joe Leroux was spotted assisting Lallemand Yeast with a demonstration session on shelf-life issues.

Meanwhile, check out our photo galleries from the show on Facebook: Part 1 and Part 2.