GUELPH – An ad hoc committee established by the federal
health ministry documented health concerns regarding trans and
saturated fats 25 years ago. However, the results and recommendations
from that committee’s work were never made public. 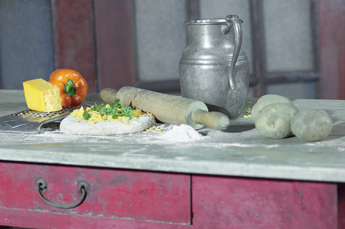 GUELPH – An ad hoc committee established by the federal health ministry documented health concerns regarding trans and saturated fats 25 years ago. However, the results and recommendations from that committee’s work were never made public.

Dr. Bruce Holub, a noted Canadian food science expert, said the health bureaucracy in Canada delayed the process, and only today is the true impact of 25 years of inaction becoming evident. Holub sat on that committee and expressed exasperation over the lack of progress.

Trans fats have become the most recent target in the nation’s battle to improve the dietary health of Canadians, and led to a massive reformulation of food ingredients.

Speaking at a conference organized by the Guelph Food Technology Centre, Holub said consumers have forced “mandatory public confessions of trans fats” so that they may, in turn, economically discriminate against companies and brand names that fail to address the issue.

“Public disclosure has been the dominating effect in getting them to change,” Holub said.

Trans fat (also known as trans fatty acids) is formed when hydrogen atoms are added to liquid oils during the process called partial hydrogenation to form solid fats like shortening and oils for use in baking, frying or cooking. Naturally occurring trans fats occur in products derived from ruminant animals, such as dairy cattle. Examples of this include foods that contain milk fat: butter, whole milk, cream, cheese and ice cream. A small amount of trans fat also occurs naturally in foods such as beef, veal and lamb.

In the pizza industry, trans fats occur in two particular aspects of the food: in the dough and in the topping ingredients. In the dough, the trans fats can be controlled by the use of trans fat-free oils during the dough-making process. In reality, if any pizzaiolo uses olive oil instead of hydrogenated oil during this stage, there are very few concerns with trans fat in the finished crust.

However, where some consumers may get hung up, is with the naturally occurring trans fat in toppings like cheese and pepperoni. This is where some education will be required, according to Holub.

For an independent operator making fresh pizza, this can also become a tremendous marketing tool, advertising that their pizza crust is trans fat free.

Manufactured frozen pizzas are more likely to have hydrogenated, or partially hydrogenated oils. And as consumers begin to take note of the mandatory food nutrition labelling that now exists, some experts predict a shift back to “cooking from scratch” over pre-made, processed and packaged foods.

In discussing the confusion surrounding a complete ban on trans fats, Holub said during the consultation process leading up to Health Canada’s recommendations of 2004, that it was made clear a complete ban would be next to impossible.

“A ban on industrial-produced trans fats would take care of the problem,” he said.

As for getting the consumer to understand the truth behind trans fats within food products, he said the mandatory labelling process was flawed.

“I’m happy you’re getting trans fat labelling, but in a perfect world they would get separate labels.”

Holub said the confusion behind measurements in grams versus milligrams on the nutrition labels now required on processed foods meant the consumer was not seeing the real picture. He alluded to the downfall that consumers also get hung up on the percentage values of daily-allowable intake.

To get the true content value, he said, “Take the trans level on the label, multiply it by eight to 10 and add it to the saturates.”
Katherine Cooper, vice-president of training systems and business development at the Guelph Food Technology Centre, said the food industry is waiting to see if the result of the focus on trans fats will produce a knee-jerk reaction that will fade over time, like many other food-related health crises that have come before it.

Carolyn O’Brien, a registered dietician and scientific and regulatory affairs consultant for the Food and Consumer Products of Canada Association, said the January federal election has derailed any government action to create legislation regarding trans fat usage in processed foods, which could be construed as a mixed blessed. Manufacturers will gain a longer time frame to solve the content issues, but the consumer will continue to be exposed to processed foods with trans fats.

O’Brien represents the food industry on the government-appointed Trans Fat Task Force. The mandate of the multi-party task force is to develop recommendations and strategies for reducing trans fats in Canadian foods to the lowest possible levels.

And O’Brien said that while some governmental direction has been given, the dialogue resulting from such has meant a complete ban will not occur. She said due to the naturally occurring trans fats found in certain foods, the task force focused on “what level can we bring it down for the industry to realistically achieve it.”

Part of the problem, O’Brien said, was that there were some significant gaps in the recommendations to remove trans fats from products and suggesting suitable alternatives to the manufacturers.

“In some areas, there are no real options or (there is) a lack of understanding of the alternatives.”

A number of speakers at the forum pointed out that fats provide key flavours and food sensations that make eating certain products palatable.

Dr. John Michaelides, technical services director at the GFTC, said a recent French study suggested the human tongue could have receptors for fats, much like the receptors for sweet tastes and sours.

“It’s not yet proven,” he said. The theory was presented in a trade journal published in December 2005.

“Fats do provide health benefits. They are a source of energy and we can’t let that go,” Michaelides said.

O’Brien said there is a guide being developed for foodservice operators on how to lower trans fats, and at the consumer level, a focus on lowering intake by using Canada’s Food Guide as a source for dietary decisions.•