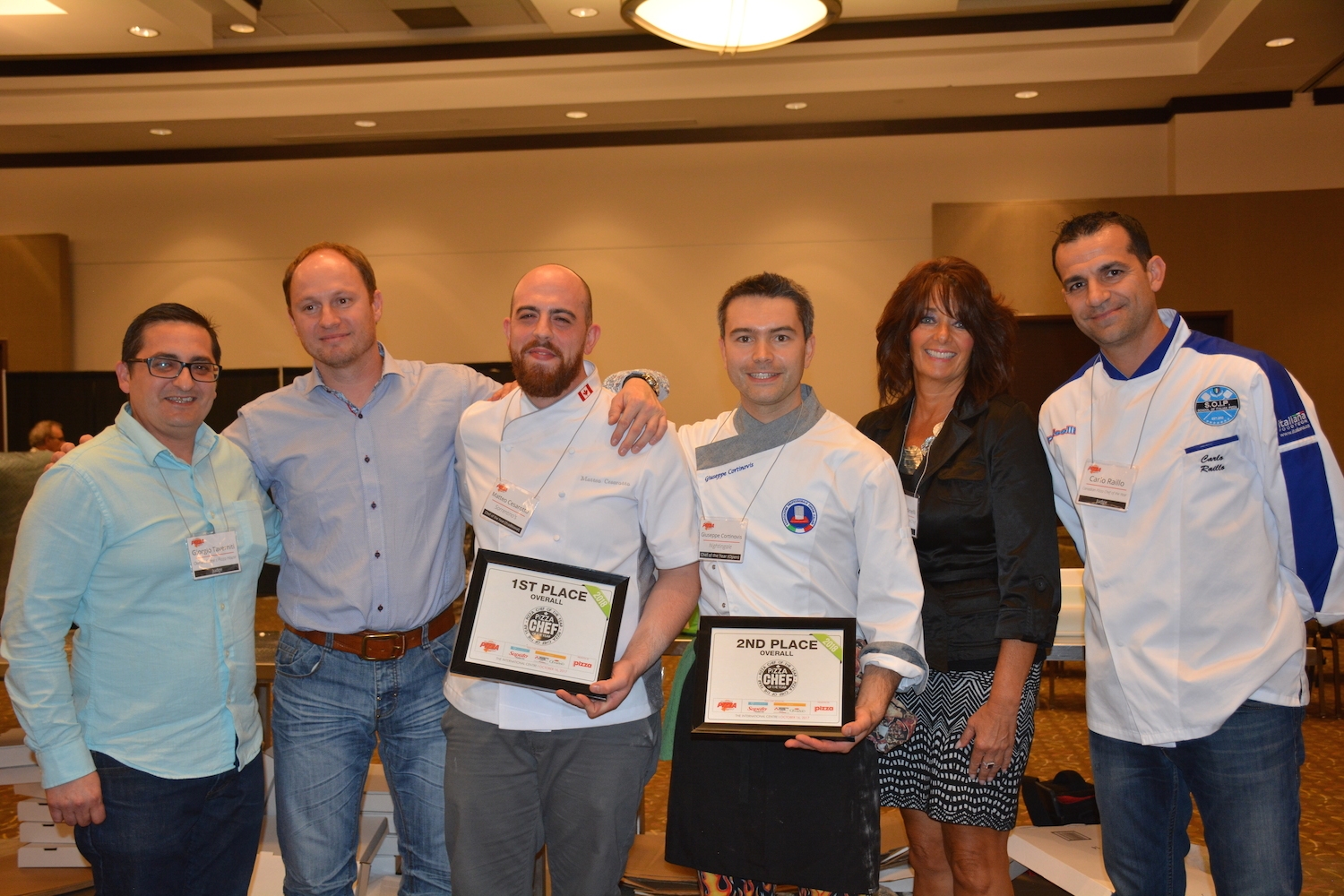 Mississauga, Ont. – Matteo Cesarotto said he never dreamed he’d go home Chef of the Year, and he never imagined he’d be facing pal Giuseppe Cortinovis in a final bake-off that capped a day of networking for pizzerias at the Canadian Pizza Show.

The two friends won trips to Las Vegas to compete in the 2018 International Pizza Challenge at Pizza Expo. In addition, Cesarotto picked up $1,000.

In the Open division it was Cortinovis in first place; Antonio Rupolo of Gusto Pizzaria in Brampton, Ont., in second, and Alon Zohar of XO Pizza in Concord, Ont., rounding out the top three.

Moderator of the new challenge Diana Cline, owner of Diana’s Cucina and Lounge in Winnipeg and a multiple award-winning pizza chef, talked with competitors as they prepared pizzas built around holidays and special occasions, noting there is lots of potential for attracting adventurous customers looking for a fun themed pizza experience.

Giorgio Taverniti, owner of Frank’s Pizza House in Toronto, clocked in ahead of the Somerset dough sheeter to win the first Sheeter Beater Challenge sponsored by Somerset and SP Sales (distributor).

Taverniti served as a judge for the Chef of the Year competitions, along with award-winning pizza chef Marina Rondinelli, former Chef of the Year Tom Stankiewicz, owner of Bondi’s Pizza in London, and current Chef of the Year Carlo Raillo, head chef at Vivo Ristorante in Edmonton.

Pizzeria owners, employees and entrepreneurs thinking of opening a pizza business walked a show floor of exhibitor booths featuring ingredients, equipment and services curated to meet the needs of the pizza businesses. The Canadian Pizza Show was presented by Canadian Pizza and show sponsors Saputo Foodservice (Diamond) and Marsal Pizza Ovens (Gold) and Ardent Mills (Gold). Sponsors for the Chef of the Year competitions are Saputo Foodservice, Moretti Forni and Escalon Premier Brands.