Organic products could be potential profits

Twenty years ago, the word “organic” was treated with
disregard. Organic pizza, if it existed, would have thrived only on the
eccentric fringe of the culinary world. Today, uncertainty in the food
industry over who can truthfully back the organic claim has formed a
debate over the word’s usage.

The term organic is loaded with meaning – and potential profits 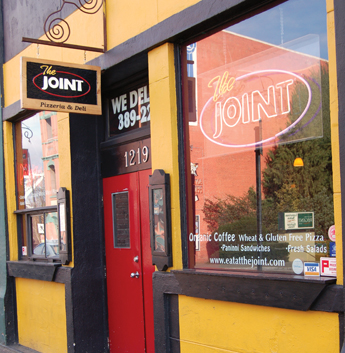 Twenty years ago, the word “organic” was treated with disregard. Organic pizza, if it existed, would have thrived only on the eccentric fringe of the culinary world. Today, uncertainty in the food industry over who can truthfully back the organic claim has formed a debate over the word’s usage.

In foodservice, organic has nothing to do with semantics – it’s all about perception. The organic industry in Ontario alone is growing by 30 per cent every year. Organic retail sales in Canada exceeded $1 billion in 2004 partly because Canadians perceive organic foods as better for them and better for the environment.

In marketing terms, organic is synonymous with what Terry Ackerman, CEO of Organic Meadow, calls a “wow purchase.” Given the option, Canadians are willing to spend a premium on a product that allows them to indulge in their favourite food and still have the peace of mind that it’s good for them. For the foodservice operator, this perceived value means a whole different price equation can be formed. In the pizza industry, it’s a matter of who gets there first.

“This is a huge opportunity for the pizza industry,” Ackerman said.

A certified organic pizza, which is becoming increasingly easier to accomplish, could yield a 30 to 40 per cent price premium, said Ackerman. The new “golden aisle” in grocery stores reserved just for organic goods is there because it produces profits. It only makes sense that pizza, which has always managed to evolve with changes in the marketplace, will keep pace with the modern organic lifestyle.

“O”  (not for Oprah)
Toby Davidson, president of Concept to Shelf Inc., told attendees at last month’s “Global Trend in Today’s Food Industry” seminar at the Guelph Food Technology Centre that we live in a society of “curated consumption.” Consumers are inundated with so much information that their purchasing decisions are guided by a group of people who siphon through it all for them – journalists. She said the typical consumer, whose perception of quality is based on a combination of taste, nutrition and food safety, is confused.

“They’re drinking cocktails at night and then going home to drink green tea,” she mused.

There is a need in foodservice for simple, consistent messages from trusted and credible sources. “If you market a product for Oprah, it’s going to do better than if you didn’t.”

It’s the typical Oprah viewer, the “aging hipsters,” and female baby boomers that are the real drivers in the market place. And they’re also the ones buying organic.

Many women, before they hit the register to buy the latest issue of “O” magazine, would have already filled their carts with a multitude of items: chips, Oreos, carrots, and quite possibly, some organic cheese. Ackerman calls these people “mixed basket consumers.” Mixed basket consumers buy organic, but it’s certainly not the only thing they buy. Organic is a feel-good purchase. It’s a health buy.

Organic cheese
Organic dairy is one of the fastest growing categories, while the regular dairy sector is seemingly flat, said Ackerman. He can’t keep Organic Meadow butter on the shelf and it’s priced at $8.99 lb. The organic consumer places a high value on traceable, accountable agri-food products.

For the producer, that price tag for organic goods is needed to cover the investment they have made on certification and the costs of growing or manufacturing. And at present, the steep prices are keeping many people away from organic. Organic can cost up to 50 per cent more than conventionally produced foods. But as major retailers and restaurant giants move to organic, they will continue to drive down the price. McDonald’s is offering organically grown coffee because they see it as a sustainable shift in the marketplace, not a short-lived fad.

Organic flour
Many of the organic pizzas on the Canadian market are made with organic spelt flour. Ted Shelegy, B.S.A., M.Sc., an organic grain producer, grows organic spelt flour on his farm in Scotland, Ontario. He exhibited the ancient grain at the International Food & Beverage Show.

Spelt and other flours made with ancient grains are being sought out by the health conscious seeking a remedy for digestive problems. According to Shelegy, ancient grains, unlike the continuously modified and processed modern grains (those modified for higher yields and pest resistance) are something the enzymes in our bodies can recognize. Ancient grains, which have a distinctive taste, are also a richer source of nutrients.

Spelt, believed to have been first cultivated in Europe some 9,000 years ago, also tops wheat in protein, amino acids,
minerals and vitamins B-1 and B-2. It is rich in complex carbohydrates and fibre.

Spelt flour, if it’s organically grown, gains extra “brownie points” in the marketplace. A healthy balanced soil means a healthy crop, said Shelegy. And a healthy crop means a healthy product and ultimately a healthy food. And that’s the magic that is drawing chefs across the nation to organic and further away from the disconcerting genetically modified foods.

“We talked to two pizzeria owners this afternoon looking into it,” said Shelegy while attending the International Food and Beverage Show in Toronto. His already loyal customers, Pat Mackay and Sue Keller of Mainstreet Organics – an all-organic cookie shop in Whitby, Ontario – have succeeded in getting their cookies into high-end retailers, including Pusateri’s, one of the finest food shops in Toronto.

“We’ve tried other flours. Ted’s organic spelt is the best on the market,” said Mackay. The award-winning bakers say spelt flour is light and bakes up nicely. Shelegy added that spelt absorbs water more slowly that regular flour, and suggested chefs hold back on the water when baking.

The fascination
Consumers are drawn to organic because they’re becoming increasingly concerned about where their food is coming from. Health scares like bovine spongiform encephalopathy (mad cow disease) and Avian Influenza (bird flu) have placed a high value on the organic approach to food production – one that is based on ecological balance and humane care for the plants, animals and people that make up the farm environment.

Larry P. Lenhardt P.Ag, OCPP, Accredited Organic Certification, said there are many companies using the word organic that can’t support the claim. As of April 1, Lenhardt said the word organic will finally be protected. On that day, organic will become a regulation; a producer must be certified to be considered organic.

Upholding organic integrity is key to being successful in this sector. The organic consumer is an educated one – “If you claim certified organic and you’re not, they’ll eat you alive,” he said.

A restaurant doesn’t have to be certified to sell organic products, but they should make sure the ingredients they use in the menu item are. Lenhardt estimated that there are less than a dozen establishments in Canada that are certified organic restaurants, selling only organic foods.

Organic overseas
Humble Canadians are often the first to admit that the Brits are light years ahead in terms of fashion and style. But are they leading the pack in pizza as well?

One of the fastest growing pizza chains in the U.K. is Pizza Organic. Ivan Taylor, the company’s managing director, plans to convert all of his regular pizzerias into organic restaurants. The reason, quite simply, is because they’re doing so well.
“You’re allowed to think outside the box,” said Davidson. “They’re doing it in the U.K.”

Down under, the Aussies are also seeing growth in organic pizza chains. Good Life Modern Organic Pizza has received national accolades as the “best pizza restaurant” in Australia several times over.

So it comes as no surprise that the majority of Canadian pizzerias selling organic pies are located in our trendiest of cities, namely Vancouver and Toronto. The Rebellious Tomato pizzeria in North Vancouver features an organic pizza with spelt flour and goat cheese. The Magic Oven on Broadview Ave in Toronto, described as “the best pizza this side of Italy” by the National Post, offers organic spelt and organic mozzarella pizzas in small, medium and large. Victoria, B.C.’s The Joint offers organic pizza in whole wheat or unbleached white, and thin or regular crust.

Keeley Hurry, co-owner of The Joint, said, “the cost of organic ingredients is still higher than ‘non,’ but our customers have been willing to pay for what they want.”

These latest hot spots are applying what trendsetters overseas have known for years: organic is no fad – it’s a way of life.•