Survey says! Insights from our national survey of pizzeria operators 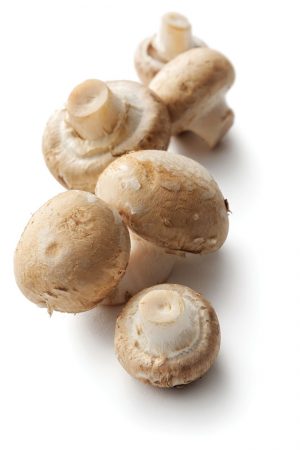 Mushrooms made the top three of best-selling toppings on pizza behind pepperoni and bacon. Photo: Getty Images

We wanted to understand the state of Canada’s unique pizza scene, share that information with the industry and use it to help deliver useful articles and information to our readers.

Here are some highlights of what we learned.

OPERATORS
The first Canadian Pizza National Industry Survey polled operators across the country on their business specialties, challenges and needs as operators.

Many of the pizzerias responding were small operations. Half reported having 1-9 staff members. About one-quarter employ 10-25 staff and just under 20% employ 25-99 staff. Just over 5% have a large staff of 99 or more.

Half of the operators responding to the survey are located in Ontario, 20% are in Alberta, 9% are in Manitoba, 7% are in British Columbia, 7% in Saskatchewan.

A small percentage of operators who took the poll (2%) are from each of Quebec, New Brunswick and Nova Scotia.

SALES
Reports of sales were somewhat encouraging. Nearly half of pizzerias reported their same-store sales over the last 24 months had “expanded somewhat” and about 20% had “expanded significantly.” Just over 20% reported sales had “stayed the same.” On the downside, 11% reported “negative growth.”

Pizzerias, overall, were optimistic about future sales: 73% expected sales to pick up in the next six months, while 27% did not expect a rise in sales.

STAFFING
Nearly half of pizzerias reported staffing levels had “stayed the same” over the last two years. The remaining pizzerias were equally split (at 28% each) between having increased and decreased their staff.

BUSINESS NEEDS
Operators were asked to choose the top three business skills they’d like to improve. The skills operators most wanted to learn about were food costing/portioning, leadership/management, digital marketing/social media and marketing/unique selling point. Finance/accounting, cooking/baking skills and recruiting tied to round out the top five.

Many pizzerias said they are looking to invest in social media marketing, marketing and skills training/hiring over the next 12 months. They also plan to invest in a wide range of technologies, equipment and strategies, including (in order of interest):

MENUS
Aside from pizza, the most significant sources of revenue for operators are wings, salads and pasta. Here are other items making money for pizzerias:

Many pizzerias (60%) described their crust as traditional. Here’s how the other labels shake out:

While vegan pizza has not caught on in the same way gluten-friendly/free has, the numbers suggest it figures prominently on pizzeria menus in Canada. About 37% sell vegan pizza with most of those making the pizza in house. More than half said they do not sell vegan pizza; however, at least 10% said they plan to in the next two years.

If you’re looking to make decisions on which toppings (and in what quantity) to stock, here are the toppings operators found were bestsellers, in order of popularity:

Desserts and garlic bread were named as items most likely to be added to menus in the next two years.

While clearly there are day-to-day challenges, Canadian pizzeria operators seem optimistic and on the lookout for any competitive edge to keep a healthy bottom line. What will the future hold for your pizzeria?

Results were collected from an independent survey conducted online from May to September 2018. We plan to update the survey every two years.
Print this page