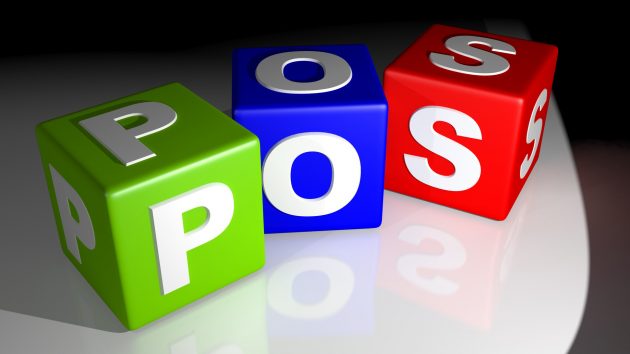 Among the POS trends picking up speed are integration with third-party applications such as delivery services, and making full, creative use of system features. Photo: Fotolia

The point-of-sale (POS) software market is constantly evolving. With that in mind, Canadian Pizza checked in with suppliers to find out what features they are working on and what trends they are seeing in POS software.

“If you’re a mom-and-pop pizzeria, you are everything. We realize the margins are small and we try to give independents the tools they need,” says Larry Fiel, director of marketing and communications for Signature Systems.

Speed of operation, highly customizable menus and enhanced security are among the software’s key features. “In such a hectic environment, it has to be fast,” Fiel says of point-of-sale systems. Speed relates to a system’s database and algorithms, he adds.

The software includes a security package that meets the payment application data security standard (PA-DSS). This standard keeps both payment data and back-office data out of scope, Fiel says. He likens this feature to “closing the back door” on your restaurant.

One focus for tablet-friendly ShopKeep is simultaneous back-office reporting, Etie Hertz, senior vice-president of payments, tells us. The New York company manufactures two types of restaurant software: ShopKeep, which caters to fast-casual and quick-service pizzerias, and Ambur, which is a more comprehensive solution for pizzerias that are also full-service restaurants.

ShopKeep gives users the ability to see a customer’s purchase history and access to opt-in information that can help restaurants foster relationships and tailor future marketing and promotions, Hertz says.

Ambur has a new feature that allows operators to view back office reports simultaneously from multiple brick-and-mortar locations at once, Hertz says.

“Ambur’s back-office solution includes the ability to view your sales and track revenue, as well as run reports on inventory and top selling items in real time, as well as past history. Merchants can also manage staff and view customer purchase history, as well as information customers opt in to share. Ambur stores this information in the cloud, so the data can be viewed on multiple devices and locations.”

“If operators want to see what’s happening when there is a void or when a coupon is applied after a ticket is already closed, they can log in and see the video at that exact time,” Wiebe says.

SpeedLine works with Chowly to allow pizzerias to receive orders from third-party ordering sites directly into the point-of-sale system.

This feature is meant to “eliminate the time-consuming and error-prone task of re-entering orders from popular restaurant aggregator sites such as GrubHub and Eat 24 into the point-of-sale system,” SpeedLine said in a news release.

The company also just released a visual dispatch, mapping and driver navigation system called LiveMaps, designed to improve mapping speed, accuracy and analytics with an eye to lowering food costs. It is updated continuously with new streets and developments.

SpeedLine, which currently works with loyalty program providers Paytronix and Mercury/Vantiv, has plans down the road to create an interface that would allow more loyalty providers to connect directly to its POS software.

TouchBistro came into the market six years ago with an iPad POS system that features custom pizza modifiers and cloud reporting. The New York City-based company, which has an office in Toronto, offers low-cost, no-contract subscriptions.

“Customers like the delivery features with maps. When someone calls, the system, which is synced with Google Maps, looks up your location,” Alex Barrotti, chief executive officer of TouchBistro, says. “People find the cost appealing (about $250), the fact the software is updated constantly and that support goes late into the evening, as late as 2 a.m.”

“TouchBistro has modifiers for half and whole toppings, delivery maps with generated routes, and support for both integrated and non-integrated payment processors,” Barrotti says.

Smith also sees more and more small, independent pizzerias charging for delivery – a feature the software provides. “You apply automatic zone charges into the software, so operators can then build their delivery zones and the charges are automatically attached,” he says.

Trends
Among the trends picking up speed are integrations with third-party applications and making full, creative use of system features.

Wiebe sees aggregator websites such as GrubHub as an important sales channel. “Though they tend to charge more than other online ordering providers, in these markets, third-party sites attract a lot of new customers,” she says.

“Online ordering is getting bigger in general, with more than half of orders coming in online,” she adds.

Fiel agrees. He sees debit at the door, tablets, self-ordering kiosks, EMV chip technology and online ordering as areas set to take off.

“The market continues to become more crowded and the bar gets higher and higher and so it is not sufficient to offer a solid iPad-based point of sale system anymore,” Hertz says. “Instead it’s important you offer a variety of services so merchants can get everything they need from one source . . . integrated software, hardware, payments and gift cards. I think we will see some consolidation between different smaller players to create more comprehensive services.”

“Restaurants are asking for integration between different apps,” Barrotti says. “We’re getting requests for robust inventory management and control. We prioritize them based on how often we hear each request. We integrate with applications like QuickBooks for accounting, 7shifts for scheduling and also Avero for reporting, which we are rolling out soon.”

“Also, the tablet has become more commonplace and is much more accepted. When we started, people thought the tablet was a little gimmicky, but now they realize it’s a real solution,” he says.

“Right now POS has become very mature. It’s now become a matter of ‘how do we get our customers to use the tools that are already there?’ so they can really see return on their investment,” Smith says. “More and more are trying to give customers incentive to order more frequently. The software can do that,” he says.

Smith says pizzerias approach his company with scenarios and uses for the software they didn’t foresee. One such scenario is the need to accommodate special diets. “Restaurants are actually inputting into their recipes what ingredients are actually in their food and printing them out and giving them to customers,” he says. “Young employees are being asked, ‘Does this contain this and does this contain that?’ If the POS system is set up to answer just that question, it can put customers’ minds at ease. The ability to deliver the recipe to them is becoming more and more prevalent.”

All suppliers provide training and agree after-sales service is an important factor to consider when choosing a POS system. “That’s where organizations are shaking themselves out these days,” Smith says. “It comes down to who’s answering the phone and how fast an owner can get back to doing what they need to do.”