How two pizzerias have added locations during the pandemic 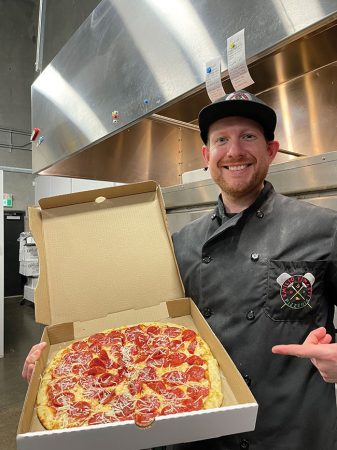 Aaron Gehrman proudly displays pizza that is enjoyed by loyal customers from as far away as Seattle. Photo courtesy Emilio Finatti Sicilian Pizzeria

Restaurants have been hard hit since the spring of 2020 when closures and other restrictions were brought in to limit the spread of COVID-19. The struggle continues as a fourth wave takes hold across Canada. Many eateries have already been forced to close due to the financial challenges created by the pandemic. Of those remaining, Restaurants Canada estimates 80 per cent are still losing money, even with various government supports, and only about 20 per cent are breaking even.

And yet, amid this forecast of gloom, there have been some bright lights. A handful of pizzerias have expanded during the pandemic, adding locations even as restaurants in other segments of the industry close. 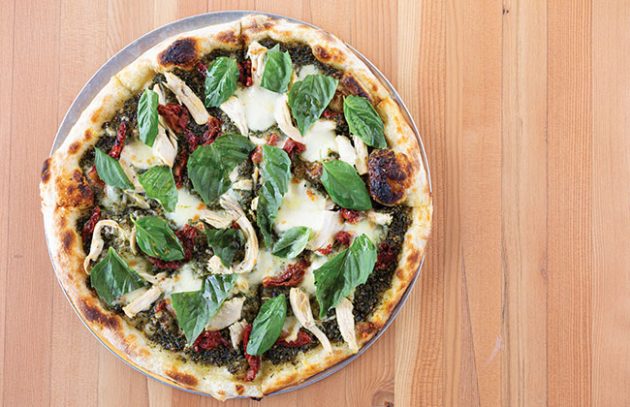 “The realities of the pizza industry have enabled it to be somewhat sheltered from the pandemic,” explains Aaron Gehrman, owner of Emilio Finatti Sicilian Pizzeria, a chain that expanded from two British Columbia locations to three since spring of 2020. “When the pandemic began, it became clear that restaurants would be drastically impacted and that the ones who would ride it out well were those that were accessible to customers, through takeout and deliver. This held true even after restaurants were allowed to begin reopening.”

With an easily transportable product, existing infrastructure, and business models resting to one degree or another on takeout/delivery, pizzerias were well placed to navigate the pandemic, Gehrman says.


In fact, Calgary’s UNA Pizza + Wine has opened not one, but two locations since COVID-19 arrived. At first blush, UNA doesn’t seem like the kind of restaurant that would manage the pandemic well. Opened in 2010, it was intended to be neighbourhood restaurant where people could gather in a warm and welcoming environment for pizza and wine. Menus are elevated, based on quality and authenticity, and there is an extensive wine list. Most of the business was dine-in.

“In the early part of the pandemic, we – like all restaurants – were mandated to close the service portion of our business. That was an uncertain and chaotic period where we were trying to determine how to move forward,” remembers Kelly Black, co-owner of UNA Pizza + Wine (BMex group), in Calgary. “In the end, we did rather well throughout the pandemic because takeout scaled up. We were lucky to have the ability to move aggressively into takeout – with a large kitchen and strong kitchen staff, the infrastructure and capacity were already there.”

UNA Pizza +Wine’s good reputation in the city helped the restaurant remain profitable throughout the pandemic. “The UNA brand is very strong in Calgary,” Black says. “We are known as the premier gourmet pizza place in the city and when things were dark people seemed to take comfort in good qualify food. A great pizza provided a sense of normalcy. At the same time, last year there was a real awareness about supporting small business and that certainly helped – people gave us a chance and became new customers.”

When the pandemic hit, UNA had already signed a lease for the first expansion restaurant. Black admits initially questioning whether they should pull out, but continued strong sales gave him the confidence to follow through. The second location, a Banff restaurant scheduled to open mid-October 2021, wasn’t planned. An opportunity suddenly presented itself when an established restaurant was forced to shut its doors due to COVID losses, and Black jumped at it. “It’s a gamble, but it’s a prime location in Banff so too good to pass up – spots like that don’t come along every day,” Black says. “We’re hedging our bets that things will come roaring back soon.”

Flexible, adaptable with customers from as far away as Seattle


Like UNA Pizza + Wine, Emilio Finatti Sicilian Pizzeria did well throughout the pandemic, despite being a higher-end eatery. The quality of its pizza ensured demand remained high. This is no run-of-the-mill pizzeria, after all: owner and chef Aaron Gehrman has placed first and third at the annual International Pizza Expo. He is famed for using organic Alberta winter wheat and a unique blend of vegetable flours to provide a unique flavour and texture profile in his eclectic array of thin-crust pizzas.

Gehrman opened his first location in White Rock, B.C., in 2005 and a second in Langley in 2016. Then, deep into the pandemic, came a third.

“We opened a third location, which also includes an industrial kitchen/restaurant supply component, last winter in Port Coquitlam,” Gehrman explains. “Opening a restaurant in the middle of a pandemic might not be ideal, but we had amazing support from the local community and the town itself. We had people driving long distances to get to our existing restaurants – even as far as Seattle in pre-COVID days – so we were confident it would work.”

The location also sells industrial kitchen supplies, which helps mitigate the risk, Gehrman says. “We have to be flexible and adaptable to thrive right now,” he says, “and there was a real need for service like this in the area.”


The restaurant industry, and indeed the entire retail-service sector of the Canadian economy, is experiencing severe labour shortages. Put bluntly, it’s hard finding people to work. And yet, both UNA and Emilio Finatti have managed to not only maintain employee levels at their original restaurants but also staff new locations. How? What’s behind their success in attracting labour?

“There’s no doubt that the toughest challenge over the last two years has been staffing. North America is in the middle of a serious staffing crisis, and it’s an obstacle we’ve had to work hard to overcome,” Black explains. “We were lucky that we were able to keep most of our staff throughout the pandemic because takeout was so busy. In fact, we only ever had to lay off service staff. This means we haven’t had to do a massive recruitment and training process when things began to open up again. We already had a core of experienced staff.”

“That said, it’s certainly an issue with our new location.”

Gehrman has felt the weight of the staffing crisis as well. His solution is to leverage strong managerial practices to attract workers. “There’s no doubt finding workers has been a challenge, but we work hard to create a strong team by empowering employees, truly listening to them and attempting – where possible – to address their needs and concerns, and of course offering competitive wages. Word gets around that we’re a great employer,” Gehrman says.

Experts agree that Gehrman is tapping into a recipe for hiring success. Clearly articulating what a brand stands for, investing in skills training, and empowering employees is critical in today’s hiring environment, especially among gen-Z.

“We’ve also found success in maintaining staffing levels by embracing more mature workers,” says Gehrman, noting that during labour crises it’s important to tap into underused demographics. “They have a world of experience that they bring to the workplace. I’ve learned a lot from them.”

Any review of the Canadian foodservice landscape paints a grim picture. Hundreds of restaurants have had to close their doors for good, and many thousands more are reporting lower same-store sales compared to the same period in 2019, before the pandemic.

That UNA Pizza + Wine and Emilio Finatti Sicilian Pizzeria have not only survived, but thrived enough to expand, is nothing short of remarkable. They represent the best of the industry’s creativity and resilience. |