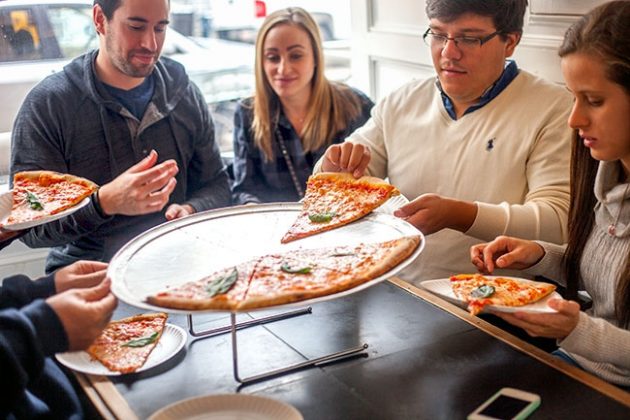 Canada saw more than 17.1 million international tourists between January and December 2014. It’s an increase of more than three per cent, amounting to 537,000 more tourists than the previous year.

As tourism grows in Canada, a global trend has emerged in the area of food tourism. The Ontario Culinary Tour Alliance (OCTA) is a non-profit organization that’s been consulting on food and beverage-themed tourism development for close to a decade. “We connect tastemakers all across the province, including chefs, restaurateurs, farmers, media and government. We try to tell those stories between the different organizations to make connections that create lasting products within the province. When we say ‘products,’ we don’t necessarily mean packages, it’s all about the experience,” explains Agatha Podgorski, community manager for OCTA.

The organization teamed up with New York-based company, Skift – the largest industry intelligence and marketing platform in travel – to produce a report entitled, “The Rise of Culinary Tourism.” The in-depth report released earlier this year delves into food tourism, identifying the reasons for its growth, what culinary travellers want and how destination marketing organizations (DMOs) can capitalize on this growing segment of travel.

Julia Gilmore, food tourism product developer with OCTA, says the report examines what the new food tourist looks like; and the findings may surprise you. “The idea of a food tourist was someone who was retired with an income and time to travel. But what we’re seeing is that it’s really taken hold with the millennial generation, so young people who are travelling for great food tourism experiences. Their expectations are getting higher. As food tourism grows and expands, it’s not enough to say, ‘We try to use local when we can on a menu.’ They want to know who that producer is, if they can go and meet them and really make those connections,” Gilmore says.

The immense purchasing power of the millennial generation is eye-opening. A 2014 Skift report, “The Rise of the Millennial Traveler,” highlights just how important this demographic will be to the economy in coming years. “The annual purchasing power of millennials is $170 billion and growing. The demographic is expected to account for half of all global travel spend by 2020,” the report says.

Marketing to this generation is not done through traditional media streams, but organically through their social media networks. Skift’s “Rise in Culinary Tourism” report found that millennials placed great importance on happiness, passion, diversity, sharing and discovery, while also seeking out immersive travel experiences: “They want to live like a local, share their experiences across social media, and seek recommendations from peers or user-generated sites who have already experienced the local vibe of a place.”

Being featured on a food tour is one way restaurateurs can reach food-obsessed travellers. Jewel Taylor, founder of Taste Vancouver Food Tours, has been hosting culinary tours in Vancouver’s Gastown since 2011. In 2013 she added the Little Italy tour to her roster. She says interest has been growing year over year, which she attributes to word of mouth and Trip Advisor reviews from her Canadian, American and international customers.

The Little Italy walking tour takes two and a half hours and stops at nine locations along Vancouver’s Commercial Drive, where participants sample a variety of Italian delights including wine, pizza and cannoli. Taylor emphasizes the importance of a good relationship between the tour and the businesses she partners with. Telling their stories is crucial and makes up a big part of the allure. It’s a history lesson as much as a culinary lesson.

“Gastown is an old heritage area so I would say it’s probably 60 per cent tourists and 40 per cent locals. On the Little Italy tour, it’s 90 to 95 per cent locals and very few tourists. People want to be a tourist in their own town. They want to get to know their city better. I personally do the tour on Commercial Drive and people say I’ve taken them to places they’ve never gone to before. Now they know them and they’ve met the owners. They’ll go back to these places,” Taylor explains.

To succeed, the model must benefit business owners, tour operators and tour participants. “I tell my restaurateurs to offer something great so people come back. It has to be a win-win. Vancouver is packed full of restaurants, it’s a very competitive business, so if I can bring somebody in and they love the atmosphere and the food, they meet the owner, odds are some of them will come back,” she says.

Engaging participants is paramount on a food tour. Offering an exclusive, behind-the-scenes look at an establishment gives the tour authenticity. In New York City, Scott Wiener, founder of Scott’s Pizza Tours, has been providing tourists with exclusive access to some of the best pizza in the iconic city since 2008. With over 33,000 guests and counting, he has witnessed the growing trend of food tourism first-hand.

Wiener says pizzerias see numerous benefits from being on the tour, including a steady stream of customers who are aligned with the pizzeria for the simple fact that it’s on the tour. But perhaps the biggest benefit to the restaurant owner is an increased online presence. “Everybody loves taking pictures of their food and everybody loves to post them on social media. They always say on Facebook or Twitter or Instagram, ‘At such and such a pizzeria. Pizza is amazing. Check it out!’ People love to Internet brag so as long as you’re doing something good then people will talk about it.”

Wiener suggests that restaurateurs get involved in the tour by offering extra benefits, helping participants cultivate a greater appreciation for the food being created. “We ask the pizzerias if they can do a cheese tasting, so people can understand that they use buffalo mozzarella, what that is, and what it tastes like. We may ask to do a tomato tasting or to see the oven up close. Can the pizziaolo come over and show us how to stretch dough? It has to be some kind of added benefit. It’s something that costs little to no money for the pizzeria, but ends up being so powerful.”

Restaurant owners can also reach food tourists by participating in festivals and events that align with their brand and customer demographic.

With growing throngs of food-savvy travellers seeking out local, authentic experiences, it’s up to your pizzeria to provide them.