A parent’s worst nightmare; that’s how many describe the
grieving of the Teague family in Ottawa. Their 18-year-old daughter,
Jennifer, was supposed to come home from work on September 8 after
completing her late-night shift at a local hamburger restaurant. 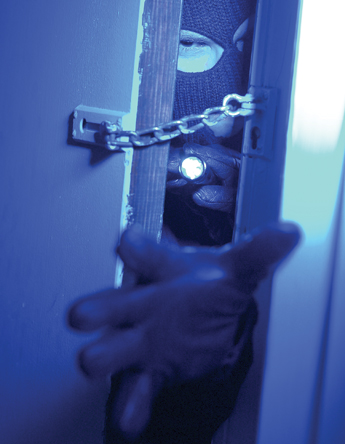 A parent’s worst nightmare; that’s how many describe the grieving of the Teague family in Ottawa. Their 18-year-old daughter, Jennifer, was supposed to come home from work on September 8 after completing her late-night shift at a local hamburger restaurant.

She never made it.

Jennifer’s body was found 11 days later, some five kilometres from the suburban Wendy’s restaurant. One dare not ponder the unimaginable horror of her last moments, nor the anguish felt by her family and friends in the days following.

The murder, still unsolved, has drawn focus to the foodservice industry’s policy on late-night staffing and staff safety.

Wendy’s Canada has a policy that forbids employees from leaving their place of work alone, said a spokeswoman. But unlike some other fast food chains, it does not ensure employees are driven home in taxis or picked up by parents.

“We are now in the process of reviewing our policies and procedures,” said Sharon Reid, who added that the corporation closely guards many details of its policies to protect employee safety.Other large franchise operations also have similar policies: McDonald’s already has a free taxi policy for staff with no other way to get home, with individual restaurant owners deciding what time of night rides will be made available, said spokeswoman Kim Roman.

Burger King has no policy now but relies on “informal procedures” established by its restaurant managers to make sure night shift staff get home safely, said spokeswoman Leslie Root.

That can involve anything from arranging rides with co-workers or taxis, but a more formal policy is now being considered.
“There’s increased vigilance … to make sure we’re checking with each of the staff members,” Root added.

In the pizza industry, a number of the large operations contacted by Canadian Pizza would not comment on specific policies, with most indicating late-night staffing issues were the responsibility of the franchisee.

And while these major foodservice outlets are able to put rules and regulations into effect, where does this leave the independents?

Roberto Vergalito, owner of Roberto’s Pizza in St. Catharines, Ontario, said these kinds of issues really weigh on the minds of the independent pizzerias.

“We all know we’re working ridiculous hours, and you can’t be there all the time,” he said. “So then you have to think ‘what are we going to do?’ Some of us aren’t in the best of neighbourhoods, and it’s a real concern.”

Vergalito said some of the quick answers are security cameras and systems. In addition, he said awareness is key – being cautious and never being alone.

“We’re always looking for ways to make the work environment safer and better for the staff.”

He said they do not have a specific late-night policy for ensuring staff get home safely, but would not rule out the possibility of one in the future. Some locations have also undergone an hours of operation review, and Toppazzini said they expect more discussion to take place on this issue in the near future.

Pizza Nova’s Domenic Primucci said their franchisees make the decisions in that regard, but added they do have a corporate-wide policy that states no night shift will be staffed with than less than two people.

“I would encourage all companies to voluntarily initiate such policies,” said Peters.

However, Ontario Premier Dalton McGuinty isn’t about to enact legislation to ensure these types of policies exist.

“I don’t think it’s the kind of thing where legislation would be required,” McGuinty said. “I think rather what we ought to do is call upon Ontario businesses … to ensure that they’re taking care to assist their employees where it makes sense to do so.”

Under the Ontario Employment Standards Act in the 1970s, companies were required to provide transportation home for women older than 18 who had to work past midnight. The law was abolished a few years later for being in conflict with the province’s equal rights policies, because men did not enjoy the same access.

Progressive Conservative leader John Tory said the government should begin a campaign to educate and encourage Ontario employers about the need to arrange late-night rides home for employees whose safety could be in jeopardy.

But NDP leader Howard Hampton said Teague’s death is proof that corporations like Wendy’s are not voluntarily making sure employees get home safely after midnight.

“The very fact that this did happen in an Ottawa suburb … speaks to the fact that it’s not being looked after by employers,” said Hampton.

“(Teague’s death) indicates that this is not a practice that is being widely followed by corporations that run late-night or all-night operations.”

Part of the underlying problem with adherence to such policies, is the added responsibility placed on the shift supervisors. A former McDonald’s employee who spoke with Canadian Pizza said they quit working at the restaurant partly because of the late-night policy.

After one particular shift, the manager had to drive four teenage staff members home. Upon arriving at her own residence, she received a call from an angry parent complaining their daughter had not been dropped off soon enough – despite the fact her child was home and safe.

From the political point of view, the Liberals and Conservatives worry about the impact legislation could have on businesses, especially small employers who say they can’t afford to pay for rides home for workers, but Hampton said firms could strike bulk-purchase deals with cab companies.

McGuinty also dismissed a request from some teachers who want legislation prohibiting students from working past 10 p.m. on school nights, saying that’s a matter for families to decide.

“I don’t think it’s an appropriate place for government to get involved by way of legislation,” he said.

“I think parents, in discussion with their kids, should make the call whether or not that’s appropriate for them.”

Hampton said he wants the government to take action to prevent students from working late at night, adding that failing to do so would fly in the face of the Liberal’s plan to force kids to stay in school until age 18.

Federal opposition critics are planning to ask Canada’s labour minister about entrenching a law that would make it an employer’s responsibility to make sure late-night staff get home safely. NDP MP David Christopherson and Conservative critic, Ed Komarnicki, said now is a time for the government to consider a change since it is reviewing the Canada Labour Code.

Peter Graham, a spokesman for Federal Labour Minister Joe Fontana, said the matter might be handled better by the provinces since only 10 per cent of the labour force falls under federal jurisdiction.

From the provincial perspective, Peters said he will check to see what other provinces do in making sure evening and night workers get home safely.

Manitoba and Saskatchewan, for example, have regulations forcing employers to provide late-night and early-morning transportation for staff who don’t have cars, someone to pick them up or any other suitable arrangements.

In Manitoba, rides must be provided between midnight and 6 a.m. In Saskatchewan, where the law has been on the books since at least 1960, the time frame is from 12:30 a.m. to 7 a.m.

Those laws, and a similar one in Newfoundland, are something Tim Hortons is looking at for its restaurants in other jurisdictions as a result of the Teague case, said spokesman Greg Skinner.

“It really opens your eyes,” he said. “We never had a definitive policy for employees leaving late at night.”•

With files from CP