Could this AI technology help your pizzeria operate? 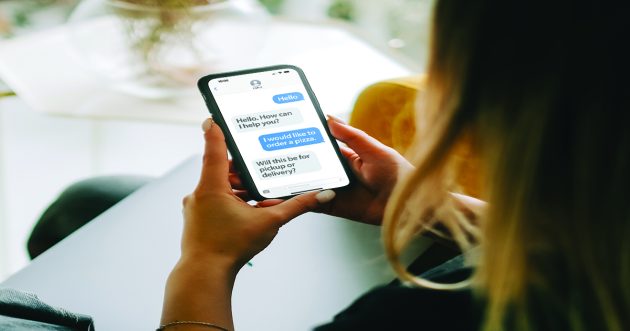 We’ve had pandemics, war, inflation and labour shortages before. They’ve not ever arrived as one big cosmic happy meal – all at the same time. As the restaurant industry got the green light to operate normally again after the global pandemic, it suddenly became clear that the new bottleneck would not be seating capacity or forced closure due to public health restrictions but a deficit of human labour.

Will the labour magically reappear? And if not, where did it go? Can hospitality survive a long-term deficit of humans to deliver the guest experience?

The labour shortage in the 2020s has always been a given. Baby boomers born in the late ’50s and early ’60s had their alarm clocks set for 2020 since birth. If one is born in 1960 and retires at age 60, the math works out to 2020. The pandemic did accelerate things as many people left the workforce earlier than anticipated to help take care of grandchildren or to avoid going back to the office. This has freed up hundreds of thousands of office jobs with health benefits and Monday-to-Friday schedules for people formerly working in the hospitality industry and the new entries into the job market are a smaller cohort with more choice for employment. The war for talent is here and it’s here for a while.

The term “the future of work” was coined by labour trend-watchers decades ago to begin to parse out workplace shifts as technology became more advanced. It sought to clarify how the work would be done, who would be doing the work and where the work would be done. Great questions with complex solutions, but the key to all of it is technology. Humans and robots working alongside one another. The future of work assumes that bots will take repetitive tasks away from human labour to allow people to work in ways that celebrate our creativity, strategic thinking – our humanity.

Chatbots are pieces of technology uniquely positioned to be of assistance in the restaurant industry. The first chatbot was developed at MIT in 1964 and was named ELIZA. ELIZA was on the cutting edge as a natural language processing computer program intended to mimic a conversation between humans.

ELIZA used a basic pattern-matching algorithm to give the appearance of understanding but couldn’t add context. Today’s chatbots use AI (artificial intelligence), also known as machine learning, and can respond to the human’s side of the conversation more accurately than ever before. It seems less intimidating to realize that chatbots are pushing 60 years old. The technology is not new – just coming into its own at a vital time.

Fluido.ai is an Edmonton-based technology company that has created a chatbot especially for the restaurant industry called Digital Server. The chatbot can work by text (where the customer types their questions and answers using a keyboard) or with a voice interface. “What makes it so powerful is its ability to interface with all of a business’s customer touchpoints,” says Wessam Gad El-Rab, cofounder of Fluido.ai. “The chatbot can interact with customers on the website, the phone, Facebook Messenger . . . the restaurant operator only must glance at one dashboard to see the total picture regarding their customer interactions through various channels. Digital Server also takes payment,” Gad El-Rab says. Fluido.ai has also developed a recommendation engine that is currently being used by a U.S. coffee chain. The technology uses the licence plates in the drive-thru to tag customers, and based on their previous ordering history, brings up a recommendation for a product add-on or upsell for the human server to suggest on the speaker as the customer places their order. The coffee chain is finding that nine per cent of customers are taking the recommendation. The recommendation engine can work with humans or with chatbots but what’s great is that the technology won’t quit tomorrow and go to another job. The technology retains the customer’s preferences, without you having to deal with the loss of customer knowledge due to employee turnover. The chatbot will train new staff.

Progressive restaurant chains are already figuring out how to use chatbot technology to enhance their brand experience. The U.S. pizza chain &Pizza developed a customized chatbot that interacts with customers using a fun, quirky tone and manner. Chipotle has launched a chatbot they’ve named “Pepper” and customers interact with this concierge bot (as they refer to Pepper) on Facebook Messenger. The customer will touch the “Message Us” button. Pepper then invites the customer to start an order. It asks the customer if the order is pickup or delivery and presents choices for the person to customize their order. Pepper also takes the payment. Starbucks embraced chatbots for ordering via its app in 2016.

Many restaurant operators are hesitant to implement chatbots because they fear it will be costly, with hidden fees. Other barriers to using chatbots include lack of comfort with technology and concern that using bots to replace human talent will ruin the guest experience. Restaurants are “high-touch” operations. Some wonder, can a bot really replicate human warmth?

These questions are rapidly becoming less important as the technology continues to improve and your access to plentiful, engaged, cost-effective human resources – continues to dry up. The labour tap isn’t getting turned on again anytime soon. Research shows that most customers are happy to interact with chatbots for basic, transactional activities. According to Tidio, 62 per cent of consumers would rather talk to a chatbot than a human agent if it means not having to wait 15 minutes. Nine out of 10 consumers have interacted with a chatbot at least once in the last year. Customers want to know they can speak to a human if the situation is complex or requires things like a return, refund or other concern.

We are entering a phase of business development when investing in things like chatbots is more like choosing to have Internet in your business. Once upon a time, it was a “nice to have,” then it became a “have to have.” Chatbots will cost you less than many other equipment purchases you make for your business. Find a good partner, make sure they understand your operational goals and challenges, start with one build, and keep building from there as the benefit to your business becomes more apparent.

Michelle Brisebois is a marketing consultant specializing in e-commerce and digital content strategy and retail/in-store activation. Michelle has worked in the food, pharmaceutical, financial services and wine industries. She is currently an adjunct professor at the Canadian Food and Wine Institute at Niagara College and can be reached at michelle@textrixconsulting.com.