News In the Kitchen Tools of the Trade 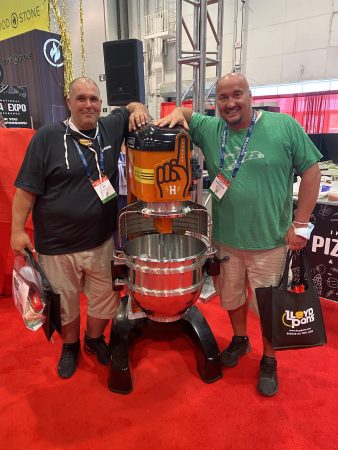 Troy, Ohio — Chris Burris of Pies Place restaurant in Bayville, N.J., was the winner of the Hobart Legacy HL662 pizza mixer giveaway at the International Pizza Expo in Las Vegas.

Hobart congratulated Burris and the staff at Pies Place, which specializes in pizzas and traditional and specialty pasta dishes as well as American cuisine.

The mixer, valued at $20,000, featured a colourful design naming it the hardest working, most loved mixer in the industry based on its power and speed.