What will a greying of Canadians mean for the pizza industry? 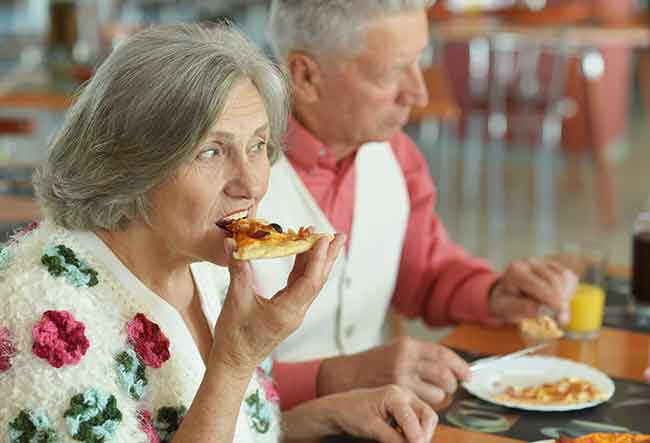 Trend watching can be a guessing game but it’s easier to predict future consumer behaviour if you follow demographic trends.

If pizza is a food most commonly associated with youth . . . will a greying of Canadian society spell its downturn?

Baby boomers have been driving the Canadian economy since their birth from 1946 to 1965. An incredible 29 per cent of the Canadian population (Statistics Canada 2011) falls into this demographic group, with the peak of boomer births occurring around 1959-60. They made us build more schools in the 1970s as children, practise high-impact aerobics in the ’80s as young adults and “cocoon” at home with videos (and pizza) in the ’90s as they started their families. Children of the baby boomers are referred to by a few different names: echo boomers, generation Y and millennials. The millennials were born from 1977 to 1992, with the peak in births arriving around 1990, and they represent 27 per cent of the Canadian population (Statistics Canada 2011). Roughly speaking, boomers are in their 50s and 60s and millennials are in their 20s and 30s. What’s concerning for our industry is that traditionally, people in their 50s, 60s and 70s didn’t consume much pizza. It was never an issue because that age group represented a relatively small consumer segment. The boomers were young and eating lots of pizza and all was well.

It’s important to note, however, that older consumers wouldn’t have grown up eating pizza regularly so they were simply staying true to form. Pizza came of age right alongside most baby boomers and our industry hopes they would continue to consume it into old age.

According to research firm Technomic, boomers are eating less pizza than generation X or millennials, who still drive the lion’s share of pizza occasions. Most of the pizza consumption resides with 20- and 30-somethings as it starts to wane when people enter their 40s. This shift may be driven by health concerns, which often become more of a priority for people as they enter middle age; but a busy lifestyle offsets this shift by making many boomers crave convenience. What’s important to note is that Canadian baby boomers tend to consume more frozen pizza than other age groups. “Boomers say [frozen pizza] is a quick and easy meal and it’s more convenient than pizza for delivery or carryout,” says Deanna Jordan, senior analyst of consumer insights for Technomic. Interestingly, many millennials indicate they’d be keen to buy a frozen version of their favourite foodservice pizza. So as you see your millennial customers start to have families and not have as much free time to go to restaurants, consider a frozen take-out program to keep them as customers.

If you sell pizza through a traditional foodservice venue, make sure you target millennials in your marketing tactics because they have the time to stop by a restaurant. “And of course when looking at foodservice, the over-index of millennials on all accounts will be partially due to the fact that they just eat out more often than older consumers. About 28 per cent fewer boomers eat foodservice on a weekly+ basis than millennials,” Jordan says.

The foodservice pizza sector has long struggled to compete with the increasing popularity of frozen pizza, and the fact that the largest population cohort is more inclined towards frozen pizza could leave us wondering if there is a glimmer of opportunity anywhere. It could well exist within the growing fast-casual sector.

Fast-casual is a dining category that’s been growing quickly in the United States and has recently taken off in Canada. The average cheque of a quick-service restaurant is $8.50 whereas the average cheque for a fast-casual is $12. The dining experience is marketed as offering the speed of a quick-service restaurant with fresher ingredients and a bit more ambience. New chains such as Five Guys, Hero Certified Burgers and Mucho Burrito are stealing share from big chains such as McDonald’s, which is closing restaurants in the United States and Canada. The fast-casual segment could be the perfect way to offer baby boomers healthier pizzas with fresh ingredients in a speedy manner that fits into their tight schedules.

“Boomers also actually seem quite interested in fast-casual pizza chains, which could present an opportunity to drive traffic among this demographic,” Jordan says.

If you’re trying to decide whether to focus your product development and marketing efforts on promoting healthy ingredients, you’re not alone. That’s a complicated issue for both millennials and boomers.

According to Technomic, both groups are pretty closely aligned in regards to pizza. “There is a plurality saying that they consider health when eating pizza but don’t really let it affect how much or the type of pizza they eat. And this is despite more boomers than millennials noting that they try to eat healthfully most of the time,” Jordan says. Pizza is a bit of a guilty pleasure, so do use and promote fresh ingredients, but have the crowd pleasers that satisfy those cravings.

When 56 per cent of the Canadian population falls into two distinct demographic cohorts, it’s clearly good business to cater to both of these groups if possible. Boomers and millennials still love pizza. Boomers will continue to retire but will stay busy and want convenience. Convenience will become increasingly important to millennials as they stay home more with young families.

Make it fresh, make it delicious and make it easy for people to enjoy on the go. The best business strategies also age well.

Michelle Brisebois is a marketing professional with experience in the food, pharmaceutical and financial services industries. She specializes in brand strategies.
Print this page