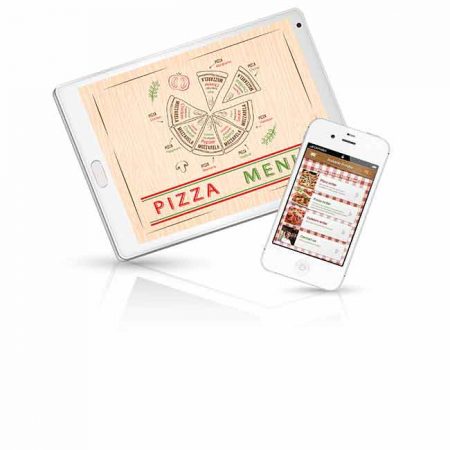 A mobile-friendly website is one that is programmed to show up nicely on mobile devices such as smartphones and tablets. The sites are typically less cluttered with images and the text is well edited to feature only the most important information.

By now we understand and accept the demise of the phone book and accept that consumers search for information first on the Internet. We also understand that if your pizzeria is not listed within the top two or three sites the search query returns, your chances of capturing that customer are low.

Companies spend lots of time, money and energy on search engine optimization in an attempt to ensure their website is favoured by search engines . . . which is why Google’s announcement last spring has game-changing implications for any business with a website.

On April 21, 2015, Google announced it was changing its search engine algorithms to favour websites that are mobile-friendly. This is big. Really big. A mobile-friendly website is one that is programmed to show up nicely on mobile devices such as smartphones and tablets. The sites are typically less cluttered with images and the text is well edited to feature only the most important information.

“Starting April 21, we will be expanding our use of mobile-friendliness as a ranking signal. This change will affect mobile searches in all languages worldwide and will have a significant impact in our search results. Consequently, users will find it easier to get relevant, high quality search results that are optimized for their devices,” reported Google when it announced the change. That’s a nice way of saying “For the X per cent of you who don’t have a mobile-friendly website, prepare to fall down the list.” This issue has been branded “Mobilegeddon” by some industry watchers to convey the seismic shift in search engine optimization this will cause. This shift is about Google forcing a change that profoundly impacts Internet searches.

WEB SEARCH HABITS CHANGING
A change in how we search the Internet for information is driving this step. Google is king of the hill when it comes to controlling the Internet search category, and it holds nearly 71 per cent of search engine market share worldwide, according to NetMarketShare. Mobile search queries, including those made on smartphones and tablets, made up approximately 29 per cent of total search volume as reported by ComScore. Smartphone search volumes are twice as big as tablet search volumes. Given that there are many more smartphones on the market than there are tablets, this statistic passes muster. Mobile devices are used 60 per cent of the time to consume digital media versus 40 per cent for the desktop computer. Cisco Systems reports that in 2014 watching videos online represented 55 per cent of the total mobile data traffic. The IT company also projects that this number will rise to 72 per cent by the end of 2019. The length of mobile device time spent on YouTube is increasing. “On mobile, YouTube is now seeing average session times of over 40 minutes, which is up more than 50 per cent over last year,” said Google chief business officer Omid Kordestani. This might be a good time to point out that the CBO of Google is reporting on YouTube viewership because Google owns YouTube. It’s clear that Google’s decision to favour mobile-friendly sites is meant to ensure it rides the wave of mobile search.

E-commerce transactions are increasingly mobile as well. Mobile has been more dominant in paid search spending gains. According to IgnitionOne, paid search purchases on tablets increased by 22 per cent in 2015 over 2014 and smartphone spending grew by 71 per cent. To further sweeten the deal for those who readily convert, Google will be offering a “buy” button, which will display on the mobile-friendly search result and allow the customer to order items directly through sponsored results on Google Search from their smartphone. The new feature is called “Purchases on Google.” The consumer’s payment information is stored directly with Google. Google also will host the checkout pages that appear when a product ad is tapped. Google is working with 12 retailers to test the feature and currently has plans to roll out Purchases on Google between late 2015 and early 2016.

HOW TO GET MOBILE-FRIENDLY
The switch to favour mobile-friendly sites was flipped on April 21, but like a plane whose engines have cut out, the crash doesn’t happen immediately. Those pizzerias who don’t invest in a mobile-friendly website will slowly see their business descend down the list of Google search results. It will likely take months, but it will happen and it does matter. Get your site set up on Google Analytics and monitor the health of your web traffic. According to online advertising network Chitika, the website landing at number 1 in the search results gets a whopping 33 per cent of the traffic from that search. The site coming in at number 2 gets 18 per cent of what’s left, leaving less than half of the traffic for everybody else. By the time we look at a site sitting at number 5 of the search results, only 6.1 per cent of web searchers doing that search click through to the website. Heaven help everybody else lower down on the list.

There are a couple of options to consider should you decide to make your site mobile-friendly. Begin by doing a quick audit of your existing site’s mobile-friendliness. Google has actually created an online tool where a website’s address can be entered to allow a scan of the site. A dashboard is presented to show how mobile-friendly your site rates on several metrics. The tool can be found at https://www.google.com/webmasters/tools/mobile-friendly/.

You can have your webmaster create a new mobile-friendly site that will show nicely on mobile devices and appeal to the Google search spiders, but that solution has its downside. A mobile site is a second website, so your web traffic will be split between two sites. You’ll have to update them separately as well. It’s perhaps a less expensive option in the short term but it can create more cost in the long term.

Another option is to make your existing website responsive. A responsive website is able to detect what kind of device it’s being viewed on and to adapt its presentation to suit the device, be it PC, tablet or smartphone. Costs can vary widely but a good rule of thumb is to assume a responsive design will cost 20 to 30 per cent more than a traditional site to be viewed on a desktop computer. The extra cost is related to the extra work the interface designer must do to design the website’s look and function on the different types of devices.

Then there is extra programming and testing before you can launch. You will likely recoup this extra cost through increased efficiencies to maintain one site and your customers will not be split between two sites.

Technology is always changing and therefore it is an ongoing expense. The cost to make your website mobile-friendly will be returned to you many times over through solid new customer acquisition.