Famoso to expand in Ontario 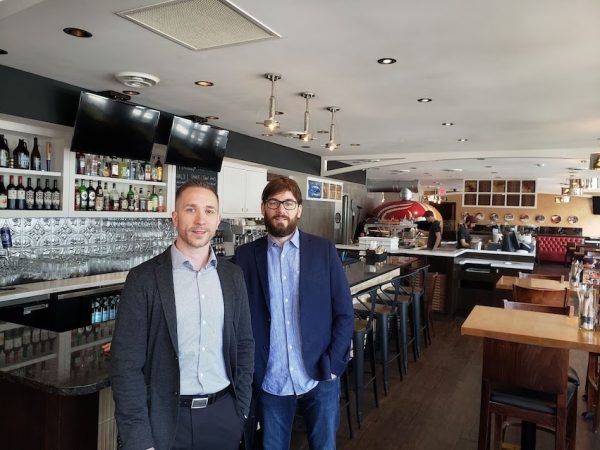 Chad and Dean Lebreche at Famoso's Annex location in Toronto.

FDF Restaurant Brandz marks acquired Famoso Inc. on May 31, 2018. According to a news release, the company is aiming to expand Famoso by 20 new locations in western Canada over the next five to six years, which is a projection of three to four openings per year. Seven new locations openings are planned before June 30, 2020.

“Ontario, specifically Toronto and the GTA, is a key market for Famoso’s expansion and development as a national brand,” said Frank Di Benedetto, chief executive officer and owner of FDF Restaurant Brandz. “Having opened the first Famosolocation in Toronto in The Annex, at the corner of Bloor just west of Spadina in 2012, and then another in Waterloo in 2014, and now a new location planned for Barrie, Ontario, the Labreche Group is a natural fit to work with us as franchise developers to expand Famoso’s presence in this dynamic market.”

The Labreche Group is headed by Ontario-born brothers Dean and Chad Labreche, who own and actively manage both existing Famosolocations in Ontario: Toronto: The Annex and Waterloo Town Square. Their third restaurant, located in Barrie, is under construction and set to open in 2019. In addition to the Famoso Italian Pizzeria + Bar full-service restaurant model, the Labreche Group will also be developing the Famoso Pronto model, a streamlined fast-casual franchise format with a smaller 1,200 to 1,600 square-foot space.