Is your pizzeria looking to offer forms of alternative payment? Operators share their experiences with bitcoin and barter 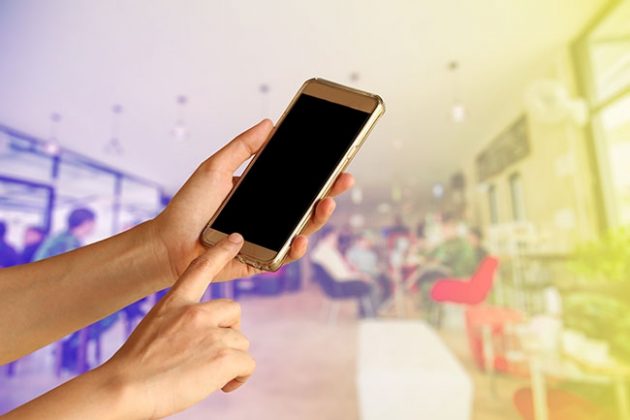 There is a newer tier of alternative payments – bitcoin and the barter system among them – that some Canadian restaurant owners are looking to embrace out of progressiveness or curiosity. Photo: Fotolia

Mention the phrase “alternative payments” and it may conjure up visions of underground economies, spice trade networks or Orson Welles’ black-marketer Harry Lime from The Third Man.

But in reality, alternative payments are hardly the stuff of shadow or mystery. You’ve probably used an alternative method of payment today yourself. They can be anything used instead of hard cash or something standing in for cash: transactions on debit or credit cards, the use of prepaid cards, coupons, cheques or money orders. These are all forms of alternative payment.

However, there’s a newer tier of alternative payments, like bitcoin, that some Canadian restaurant owners are looking to embrace, whether out of progressiveness or mere curiosity.

For Tony Sabherwal, of Toronto’s Magic Oven chain, his inspiration had a rather Canadian seed.

“I think the idea is from the time that restaurants used a day or a special where Canadian Tire money was accepted,” Sabherwal said. “So I was just riffing off of that and I said, well, what other forms of payment can we accept?”

Others were thinking the same thing, it turns out.

“I’ve been using bitcoin for over a year now and I’ve been accepting it as payment for just a month now,” said Jason Seitanidis of Matador Pizzeria and Steak House in Calgary. “So, I’m pretty new at it.”

For him, it all started out with a cash machine.

“When I first got the bitcoin ATM in the restaurant, I didn’t realize how much traffic it would drive,” Seitanidis said. “Long story short, we put an ATM inside of Matador and it’s a traffic driver, so I thought that’s kind of cool.  And as I’ve been learning about it over the year, people are saying, ‘well, why don’t you take it as payment?’ ”

So, what is bitcoin? Here’s the quick version: Bitcoin is a digital cryptocurrency without a central administrator like a bank and all transactions are recorded in something called the blockchain. There are over 100,000 places of business that accept bitcoin and millions of estimated users. Interactions can be completed over one’s smartphone or other forms of storage. The value of bitcoin can fluctuate, but that’s part of the fun.

Bitcoin is not even 10 years old. Its date of introduction is listed as January 2009 and its inventor is claimed to be Satoshi Nakamoto. However, that is widely recognized that this may be a made-up name.

Canada’s (and the world’s) first bitcoin ATM opened in a Waves Coffee Shop in downtown Vancouver back in 2013. Pizza restaurants were amongst the first early adopters, with Winnipeg’s Santa Lucia getting the city’s first bitcoin ATM in early 2014 and Regina’s first one appearing at Trifon’s Pizza a few months later. It must be noted that neither place has its bitcoin ATM anymore, though you can still find them at Waves.

Magic Oven’s Sabherwal has gone so far as to include possible bitcoin payment on his chain’s own app. For Magic Oven customers, there are two ways of using bitcoin.

“One is proprietary to us, which is a Magic Oven app,” he said. “And the other one is through a third-party company called Maegan. So, both are set up to be that way. In fact, I’m in conversation with the people that do the back end of our website because most of our orders come from our website, online ordering, and I’m trying to see if there’s a way of making bitcoin available on that, as well.”

Despite his eagerness, Sabherwal has yet to process his first bitcoin payment but he thinks it’s just a matter of time.

“I think there are some people that sort of laugh it off; I don’t think the average consumer at this point is quite that into bitcoin,” he says. “But I think we have some large corporate clients that do some catering with us and they seem more interested in trying it out because their companies have bitcoin accounts.”

“I think that as blockchain technology becomes more and more prevalent and people are secure with the knowledge that this is not a hoax or this is not just fake money that’s going to come and go. I think more and more people will start to use it. I mean, I feel secure. I’ve read a fair bit on bitcoin and the technology and it’s very secure. In fact, I think it’s more secure than using a credit card online.”

Seitanidis agrees with that assessment. “Someone gets a credit card number, they can manipulate it, whereas with bitcoin, it’s secure. It’s so secure that you have to push it to me; I can’t pull it from you.”

Despite the high-tech feel of bitcoin, Seitanidis said processing transactions is smooth.

“Once you get over your fear of doing your first transactions, it’s seamless,” he said. “It’s very, very simple. And it’s even easier than using the current banking systems that are out there.”

And it’s not just Edward Snowden types who are using it.

“Investors, people sending money back to Europe, Asia, wherever, because the ease of moving that money, right,” recounted Seitanidis on the types of people who use it. “The transaction fees are, you know, next to nothing. A funny one is a lady comes in, uses bitcoin, she doesn’t want her husband to know she’s buying Jimmy Choo purses online.”

Indeed, for people who use bitcoin only sparingly, there are no transaction fees.

Because of the secretive nature of bitcoin, there is a certain element that proprietors have to watch for, though. One person who didn’t want to be named mentioned that his bitcoin ATM attracted a criminal element that he had to chase away. Seitanidis acknowledged that, as well.

“Now, at the beginning, I did have some negative, but I cleaned that up pretty good. You get the odd sketchy (person) – who’s in it for the wrong reason . . .  and we just kind of cleared them out quick. But since then we’ve had no issues with it; it’s been great.”

But bitcoin isn’t the only kind of newer alternative payment form out there. It’s not even the only one in which Seitanidis has invested resources.

What Seitanidis is talking about is not under-the-table payments but rather a legally recognized barter system, usually conducted through companies such as SabreTEC or eXmerce.

“So, for instance, my grease traps get cleaned out by a company; they live in our quadrant of the city and they’re always at our place having pizza or lunch or whatever,” he said. “And they use their dollars for maintenance on their trucks – so it’s circulating all the time. We can get home painting, we can get restaurant painting; in fact, I had the whole restaurant painted on barter. It cost me 4,500 in barter dollars, equivalent to real dollars. And so, yeah, a lot of this stuff I normally spend real dollars on I can use my barter dollars for, which is equivalent to my food costs. So, 25 cents to every dollar.”

In terms of taxes, Seitanidis says, “the CRA accepts that one barter dollar is equivalent to one Canadian dollar. I pay GST on it as well; we collect GST on it. So, it’s pretty neat.”

While barter may be a little more straightforward than bitcoin, Seitanidis says not to let any of these forms of payment intimidate you.

“My advice would be don’t overthink it,” he said, mostly referring to bitcoin. “The more you can simplify it, the better it is and the more it makes sense to you.”