Look no further than the U.S. basketball team during the world championships in 2006. 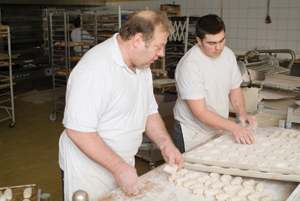 Look no further than the U.S. basketball team during the world championships in 2006. With a super successful coaching staff and a team full of National Basketball Association (NBA) stars, 12 to be exact, they finished third in the world games, losing to Greece …  a team with not one NBA player.

Sports reporters from around the country wrote headlines like, “Show me a team of misfits playing like ‘a team’ and they can beat superstars any day.”
Failing All-Star teams aren’t just a sports theme; they have been a challenge facing businesses for years. Companies want to a have super-star leadership team and end up tumbling. Look at Enron … superstars from the top down, and what happened there?

Generally speaking, someone is selected to an All-Star team because of the talents displayed in the “work” environment. This can be a sports field, a sales industry or a standard office environment. In theory, All-Star teams should be ultra successful. So why do many fail?

1. The organization has not built a culture of trust and respect

All-Star teams are usually built from stellar performers, with enormous egos, which may translate into a lack of trust. Superstars like the limelight; while they may not distrust someone, they may not easily trust others, or be trusted themselves.

Without trust and respect, the team lacks a solid foundation. So, as an All-Star team leader, how is this countered?

Building trust is easy – not necessarily simple, but relatively easy. Some people are more trusting than others, and some hold back because of previous experiences. Regardless, the most effective ways to build trust are: say what you mean and mean what you say; always speak and act with integrity; be consistent between word and deed; stay out of the gossip and rumour mills. Once trust and respect are developed, teams members are able to focus on the overall mission without worrying about a backstabbing teammate. If trust is breached, it becomes more difficult, but not impossible to rebuild the next time.

2. Failing to create the chemistry necessary to succeed

In the movie Miracle Kurt Russell, acting as U.S. Olympic Team coach Herb Brooks, says, “I am not looking for the best players, I am looking for the right players.” This is critical to understand when it comes to an All-Star team’s success.

Whether in sports or business, an All-Star team must have the right players in the right positions. If not, a team may pursue a common goal, but when the players are not complementing each other’s skills and mindsets, disaster will strike the core of the team.

How is the chemistry of your team?  Knowing more about team members professionally and personally will allow the team to gel much more quickly and effectively. Remember the best players aren’t always the right ones. Team chemistry allows for trust and respect while all members continue to focus on accomplishing their individual and team productivity goals.

It is one thing for the management to hold everyone accountable – they should – and it is even better when members hold each other accountable. Some of the best teams are those whose leaders are only a resource in the event of a problem.

Team members take care of the basic problems as they arise by holding each other 110 per cent accountable. As an example, the Hillstone Restaurant Group – which owns several restaurants including Houston’s, Gulf Stream and Bandera  – follows this strategy to a tee. Each server has immediate responsibility for his/her tables, as well as assisting other servers in getting the food out, tables bussed and cheques paid.

In most restaurants of this nature, the servers pool their tips at the end of the shift; however, here they hold each other accountable and do not share in a tip pool. This concept raises the level of service throughout.

Other organizations have accomplished this result by having customers and other departments complete a satisfaction survey that involves not just one person, but the entire team … and everything from bonuses, performance evaluations and increased pay depends on the team’s survey result. Everyone is held accountable, resulting in a win-win.

The first sign of an internal breakdown is “me” centred language, which is not healthy to accomplish the ultimate goal. Often this occurs in the subconscious mind and is never noticed. In the workplace the language typically sounds like, “I think it should have been done this way” or maybe, “I just don’t get it.”  One of the biggest offenders is the phrase “It’s not my job.”  These are all “me” statements because they revolve around one person rather than the team.
Every team goes through a development process. In the beginning each member is about his or her individual performance, and as the team matriculates, it becomes more about the whole of the team.

As a team begins to trust and respect each other, the process moves more smoothly. A successful leader focuses on the communication of “we” and not individual success or failure. Once the mind begins to process the difference in internal language, the external language follows suit. In a team environment, it’s what went right or wrong, not who succeeded or who caused the mishap.

When a team performs at peak levels, everyone feels as though they were an integral part of something successful. Success allows the team to experience more focus, co-operation, productivity and impact throughout the entire organization, as well as to their customers and vendors.

Teamwork is not about getting along with everyone because, let’s face it, that will never happen.  If we understand another person’s behaviours, and adapt ours to a more team-centred approach, we can become better producers. That is the little secret of playing nice in the sandbox. •

Gregg Gregory, founder of Gregg Gregory LLC, works with organizations to create a culture where people work together and perform at peak levels. His experience includes more than two decades of human resources, real estate, mortgage banking, as well as radio and television broadcasting. Contact Gregg at 866-764-TEAM or visit: www.GreggSpeaks.com.