March 17, 2009, Simcoe, Ont. – Canadian Pizza magazine exhibited at the recent CRFA show at the International Pizza Expo in Las Vegas. Here are a few snaps from the shows. 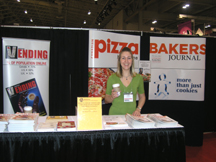 Canadian Pizza magazine editor Laura Aiken inside the booth at the CRFA show. 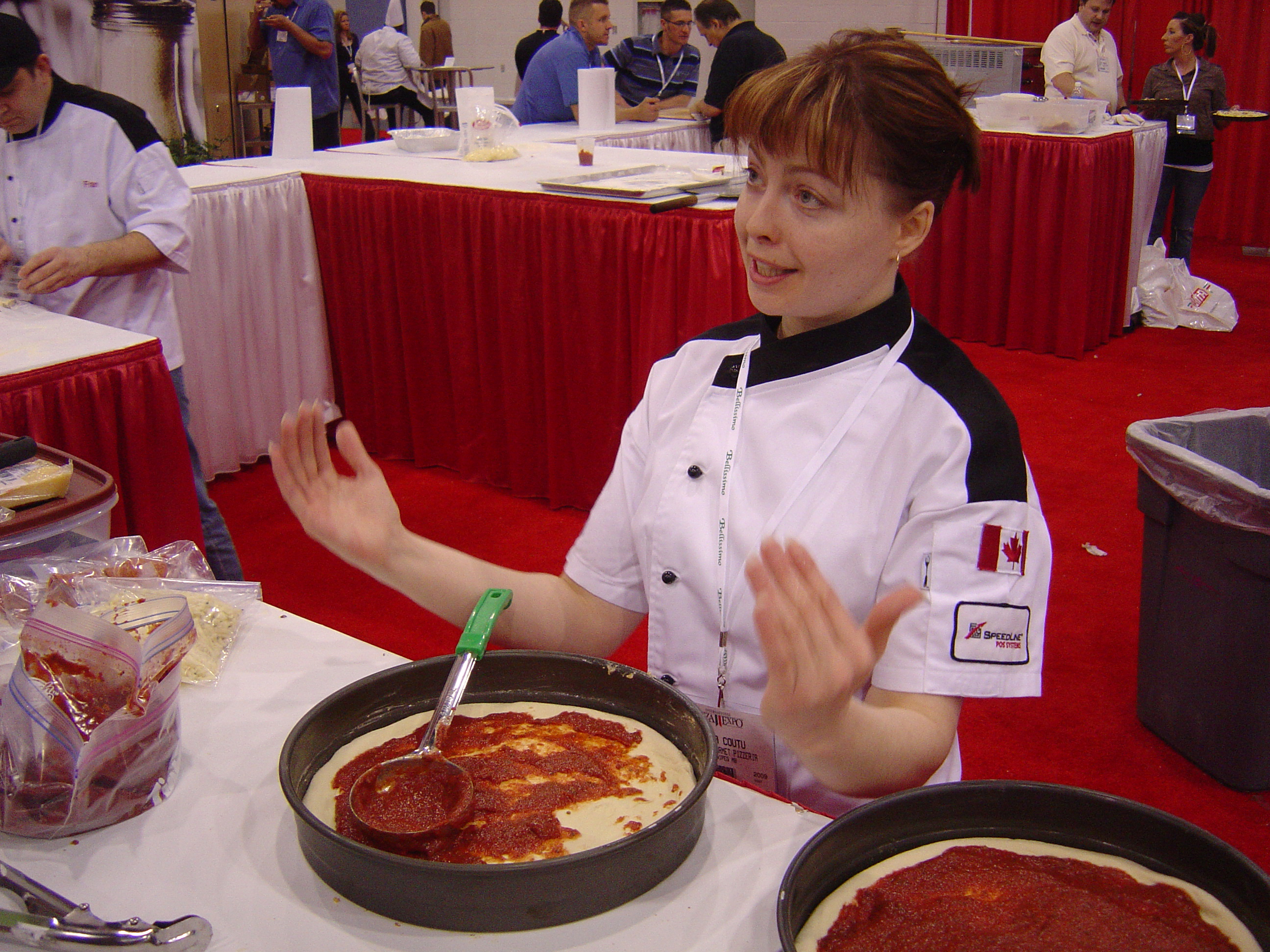 Canadian Pizza columnist Diana Coutu of Diana's Gourmet Pizzeria in Winnipeg talking pizza as she prepares her entry in the traditional category of the International Pizza Challenge.

Tom Stankiewicz of Bondi's Pizza shaking hands with the Racolli cheese mascot after being handed his $1000 cash prize for winning Canadian Pizza magazine's Chef of the Year contest.

Cory Medd of Alberta's Two Guys and a Pizza Place prepping a pie for the International Pizza Challenge in Vegas.

Stankiewicz with his non-traditional entry at the pizza competition in Vegas.