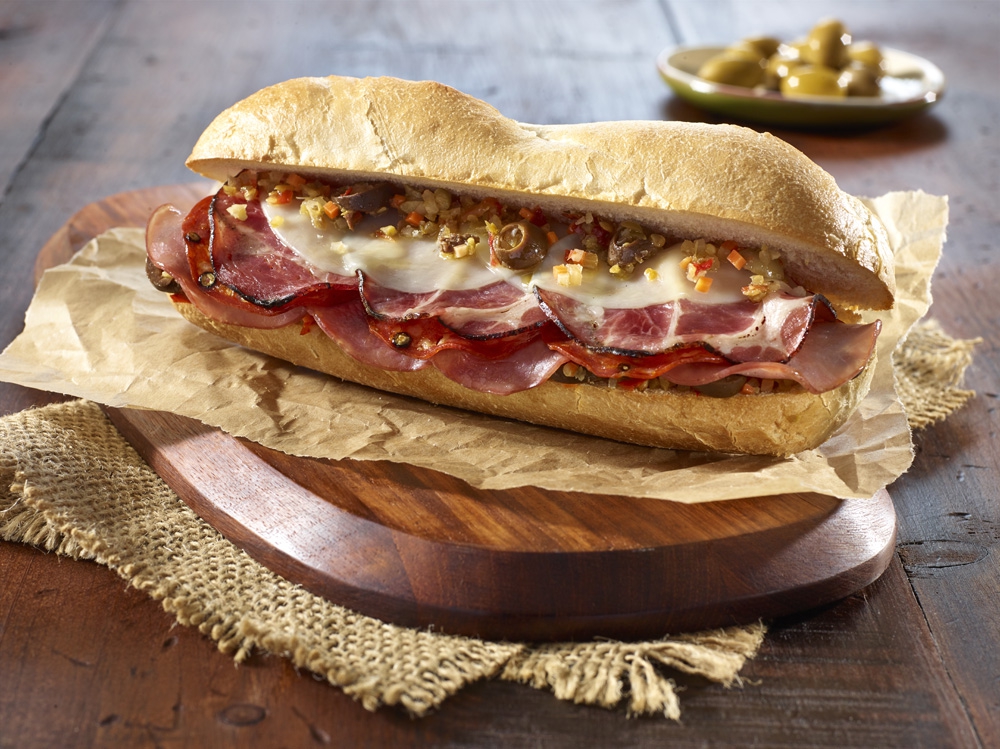 “We wanted to make sure that whatever we introduced was authentic and a ‘wow’ for our customers,” said Emaan Toppazzini, director of menu innovation for Topper’s Pizza, in a news release.

Toppazzini first heard about a famous Muffuletta sandwich at a local eatery while in New Orleans and was impressed with the combination of tastes and flavours.

“We wanted something that would be in the same profile as our Old World pizza lineup, but in a sandwich,” Toppazzini said. “People have been eating olives, bread, meat and cheese for a long time, but it’s the combination and the bread that take it to the next level. When you take one bite and just go, yum.”

The company took almost a year to find the perfect bun. “The bun is substantial, it’s crusty, tasty, and rich,” Toppazzini said. “In our sandwich, you really get to taste the bread, which I think makes it something different.”

“We have so many delicious toppings that we can turn into unique sandwich creations,” Toppazzini said.