Features Business and Operations In the Kitchen Ingredients Techniques Trends 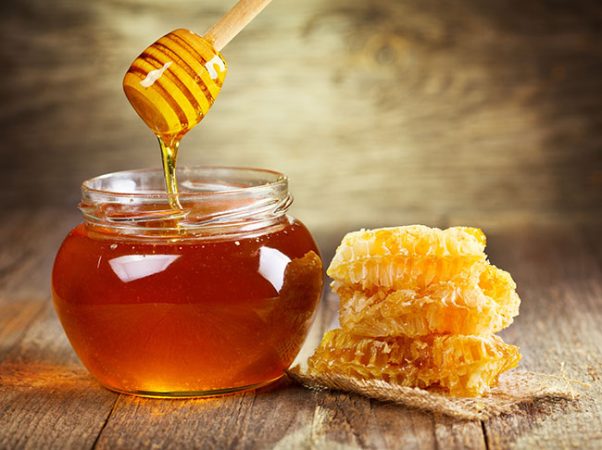 Honey could highlight some of your existing ingredients and create something new and interesting for your menu. Photo: Nitr/Adobe stock

Happy New Year to all! I hope this year is filled with more love, laughter, good health and all good things.

In this column I thought I’d share a few ideas for sparking your creativity. A few weeks ago, I received an invitation email for La Poutine Week. This same organization also runs La Pizza Week, which is typically scheduled in May. La Poutine Week is in its 10th year, connecting people with food. It’s a yearly interactive festival that has expanded across Canada, and this year it’s running for two weeks (Feb. 1-14) instead of the usual one. Restaurants can participate in the event by registering and featuring a specialty poutine from their menu. Customers are encouraged to support their local restaurants and vote for their favourites.

Maybe you have poutine on your menu, maybe you don’t. In terms of pizza creations, it’s well known that I like to colour outside the lines, so it shouldn’t come as a surprise to you that we’ve had a Poutine Pizza on our menu since 2008. It’s a classic poutine, with french fries, gravy, cheese curds, mozzarella, peppered chicken breast and more gravy on top, all on a pizza crust. It’s pretty good, and it sells well, so it’s stuck around all these years.

After receiving the invitation, I thought I could up my poutine pizza game, so I gathered some ingredients and played around one afternoon. I came up with my new “Mighty Alrighty Poutinezza.” It has gravy instead of marinara sauce, seasoned french fries, red onions, green peppers, red peppers, green onions, jalapeños, strip bacon, seasoned beef, mozzarella, cheddar, then more gravy on top. I paired it on our signature Moosehead beer crust. It’s what I like to call a “working on your winter bod’ pizza.” I’ve already added it to our menu, and it’s selling well. I think that it’s the only poutine pizza entered, so it’ll be interesting to see how many more we sell during the event weeks, and how much increased exposure we’ll get from it. Since we already stock all the ingredients, it’s not a stretch to add it to the menu, rather it’s like flexing what we already stock, just assembled in a different way. Maybe this one will still be on the menu in 12 years. You never know.

This creation gave me the idea that since pizza is the ultimate food, it could be entered in almost any food event, just spun (pun intended) for the event in question. Especially with online food festivals directed at the general population. Years ago, we created the “Bacon Double Cheeseburger” pizza featuring marinara, lean beef, maple smoked bacon, onions, and double mozzarella and cheddar cheeses. It tastes like a classic cheeseburger, only in pizza form. It’s still on the menu, but we dropped the “burger” from the name, because every month, a few people would call to order a cheeseburger and were confused when we told them we didn’t make burgers, only pizzas. I think this year we ought to up our cheeseburger pizza game and enter it in Le Burger Week. See what happens.

An ingredient I believe could highlight some of your existing ingredients to create something new and interesting for your menu is honey. You can create your own signature hot honey and drizzle it on after the pizza is baked. Salar Madadi, winner of the recent Best Pizza Recipe Contest, did just that with his Mala Honey Pie. I encourage you to look up his recipe, in the November/December 2021 issue, to help inspire you. A few of my signature pizzas have a honey drizzle on them. Honey always goes nicely with jalapeños, pineapple and pork. Later this month I’ll be playing with a few different ingredients and a hot honey. I’m excited to see what will come out of it.

When it comes to food-focused events, it’s not necessarily about winning top place. There’s much to be said for simply participating in the event, highlighting something you already do well, offering it to your existing customers and gaining exposure to a whole new crowd of peeps. As my almost 12-year-old son likes to say, it’s like free real estate.