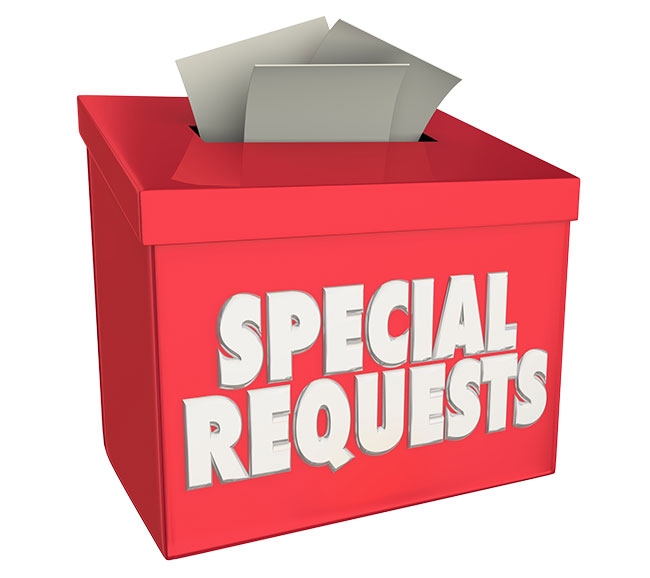 If you’re an independent operator, chances are you have some specialty combinations on your menu. Most pizzeria menus have standard combinations. You know, the favourites like vegetarian and a barbecue chicken combination.

But then, you probably have specialty pizzas too. Maybe some that have won awards or received high accolades from your customers.

Like you, I enjoy knowing that my pizza creations are well received by my target market. I pull reports to see which of my specialty pizzas are popular and which are not.

How do you and your staff deal with that request?

I posed that question to judges and competitors at the Canadian Pizza Show last October. At first, everyone said “Absolutely not!” There are no changes allowed to their specialty pizzas. I understand. When the artisan pizza chef in me starts creating, it’s with an eye for colour and a balance of flavours and textures. If you change one thing, you may upset the whole creation.

Then I asked the same question, in a different way. Suppose a customer is allergic to onions, and there are caramelized onions on a specialty pizza: would you allow someone to remove that ingredient from their pizza? The answers changed from a definite “No” to a soft “Yes, of course.”

Then I asked if they would allow the customer to add any ingredient that they desired to one of their pizza creations. Let’s say the customer wanted to add pineapple to a pizza creation that you’re pretty sure doesn’t pair well with pineapple. What would you do?  The looks on their faces were priceless!

We went into the debate about whether pineapple belongs on pizza or not. While each judge had their own opinion, they also brought their operator experience into the debate, saying that it’s not about what they think is right or wrong on a pizza – it’s about what their customers want. And they each offer pineapple on their menus because it’s what their customers want. Good advice. Personally I believe that pineapple doesn’t belong on every pizza but it does pair nicely on many.

One Friday afternoon, two ladies came in for lunch and ordered a “Ricky’s Revenge,” which is one of my pizza creations inspired by The Trailer Park Boys television show. It has marinara sauce, dry-cured pepperoni, chicken fingers, jalapeno peppers, and is loaded with medium sharp cheddar and mozzarella cheeses. Then we sprinkle “special herbs” on top. And it’s on a beer crust. If you’ve seen the show, then you know. It’s actually a really tasty
pizza and very popular too.

Well, wouldn’t you know it, these nice ladies wanted to add pineapple to this specialty pizza. It was such an unusual request, I asked if they were sure about that. They were. At this point I had a decision to make: would I allow the customers to tailor my specialty pizza or would I refuse the request?

You know what we did? We made it the way my customers requested. One thing I love about pizza is that it can change to whatever you want it to be for a meal, in the moment. Those ladies wanted pineapple on their Trailer Park Boys-inspired pizza, and, although it’s not the way most of my regulars enjoy that pizza, I do know that those ladies enjoyed their customized pizza that afternoon.

And that is the highest aim that my team and I can hope to reach.

Diana Cline is a two-time Canadian Pizza magazine Chef of the Year, three-time winner of “Canada’s Best Pizza Chef” at international pizza competitions, a judge for international pizza culinary competitions in Las Vegas, Italy and France, and a partner with Diana’s Cucina & Lounge in Winnipeg. In addition to creating award-winning recipes, Diana is a consultant to other pizzeria owner/operators in menu development, creating systems to run a pizzeria on autopilot, along with marketing and positioning to help operators grow their business effectively and strategically. She is available for consulting on a limited basis. For more information contact her at diana@dianascucinaandlounge.com
Print this page