Study explores how to bake the perfect loaf of bread

News In the Kitchen Ingredients Techniques 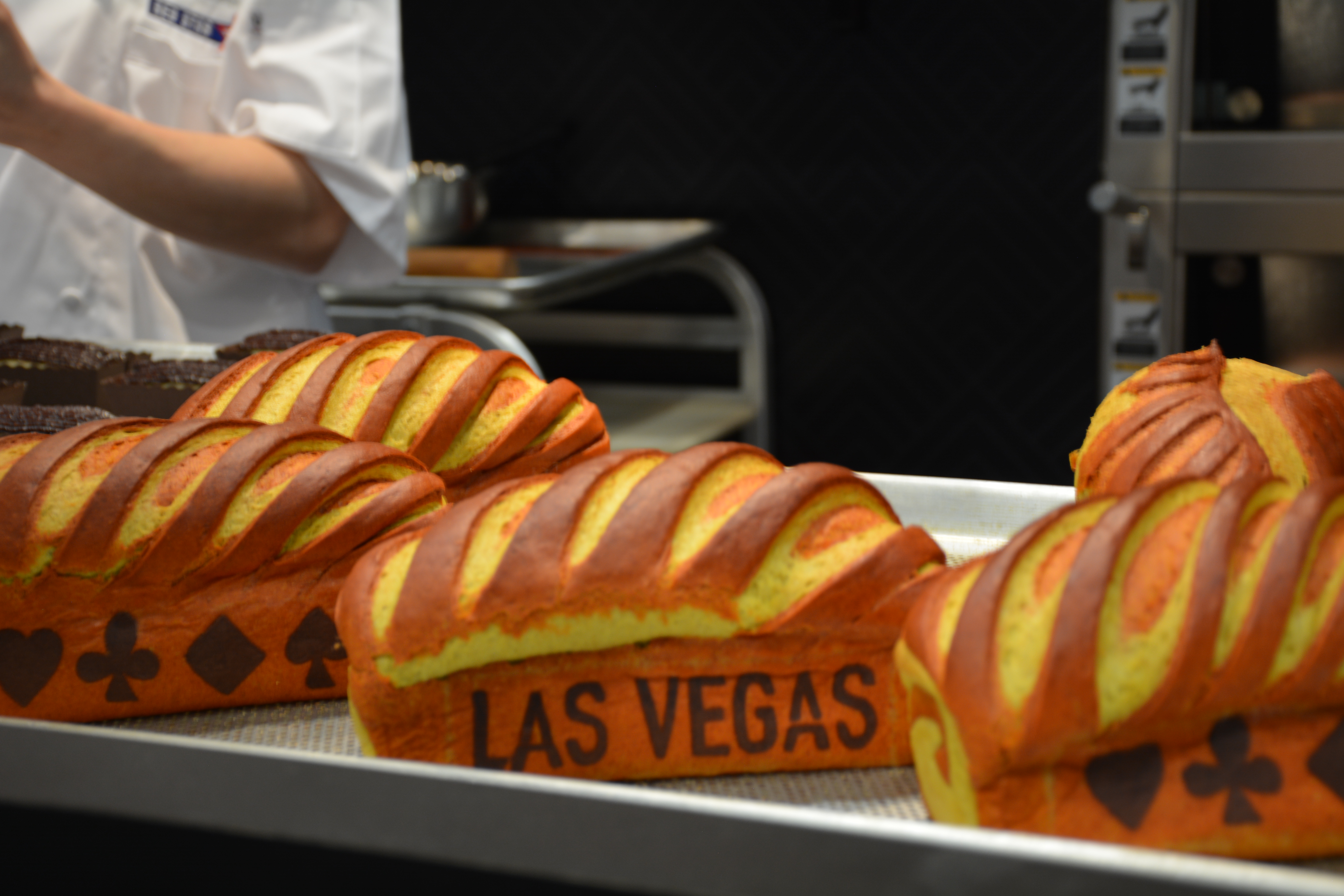 Saskatoon – University of Manitoba scientists used the Canadian Light Source at the University of Saskatchewan to analyze bubbles in dough to help create healthier bread.

Ever since early humans discovered how to grind grain, the art of breadmaking has flourished and today bread is the most widely consumed food in the world. The apron has now been replaced by the lab coat as scientists seek to understand the intricacies of creating healthier, more consistent commercial bread products that meet changing consumer demands.

“Breadmaking is part art and part science,” said Dr. Filiz Koksel, an assistant professor of food and nutritional sciences at the University of Manitoba, in a news release. The art stems from the bakers’ deft touch with dough, but the science is “about what’s happening with ingredients.”

Along with a team of colleagues, Koksel used the Canadian Light Source synchrotron, a research facility located on university’s grounds, to explore how a call for reduced sodium in bakery products affects the billions of tiny bubbles that help make bread such an appealing food. Their work was recently published in Food Research International.

Her research stems from Health Canada recommendations that Canadians reduce the amount of sodium in their diets, “and among all foods, bread and bread products contribute about 30 per cent of this excess consumption,” she said in the release. Building on the PhD work of Dr. Xinyang Sun of Nanjing University of Finance and Economics in China, Koksel’s team, which included UM colleague Dr. Martin Scanlon and Dr. Michael Nickerson from the University of Saskatchewan, set out “to see if it’s easy to reduce sodium and to identify processing challenges related to using less salt.”

TEXTURE IS THE KEY

The key to commercially produced bread is the crumb or texture that is created by an even distribution of uniform-sized bubbles throughout the dough, Koksel explained. Consumers of commercial breads like consistency, meaning no big holes. In contrast, bakers of artisan breads like French baguettes strive for bubbles of varying size. Bubbles are an important consideration given “bread can be up to 80 per cent air by volume.”

At the CLS, the researchers prepared simple non-yeast doughs to assess how varying the salt content affects bubble formation and dough-handling properties. They created a wide range of samples using two different wheat cultivars popular in bread making, various water and salt contents, and a number of dough-mixing times. Then, X-ray microtomography recorded real-time changes in the bubble size and distribution in the samples. Using the non-destructive X-ray technique was critical to the study, said Koksel, because the delicate bubble structures would be destroyed if the samples were cut open for observation.

The scientists found that reduced salt created a stickier dough, which has implications in large-scale processing when dough sticks to machinery. There were also fewer bubbles in the dough samples prepared using stronger wheat cultivars, higher water contents and shorter mixing times.

In the end, all the variables tested require adjustment when salt is reduced to ensure a good-quality non-yeast low-sodium bread, but using the optimal mixing time was of particular interest.

“During mixing, three critically important tasks are taking place,” Koksel said. “First, mixing blends and hydrates the ingredients. It’s also critical to developing gluten proteins in the wheat, and to incorporating air bubbles into the dough. Mixing also affects the dough handling properties. Reducing sodium can end with a good result if water, the wheat cultivar and mixing are all optimized.”

Additional changes to bread formulations such as increasing fibre or reducing other additives will require similar evaluations, she said, “because with each change we’re facing new processing and product quality challenges.”

This research had joint funding from the Natural Sciences and Engineering Research Council of Canada (NSERC) and the Canadian Institutes of Health Research (CIHR) as well as investment from the Saskatchewan Agricultural Development Fund.