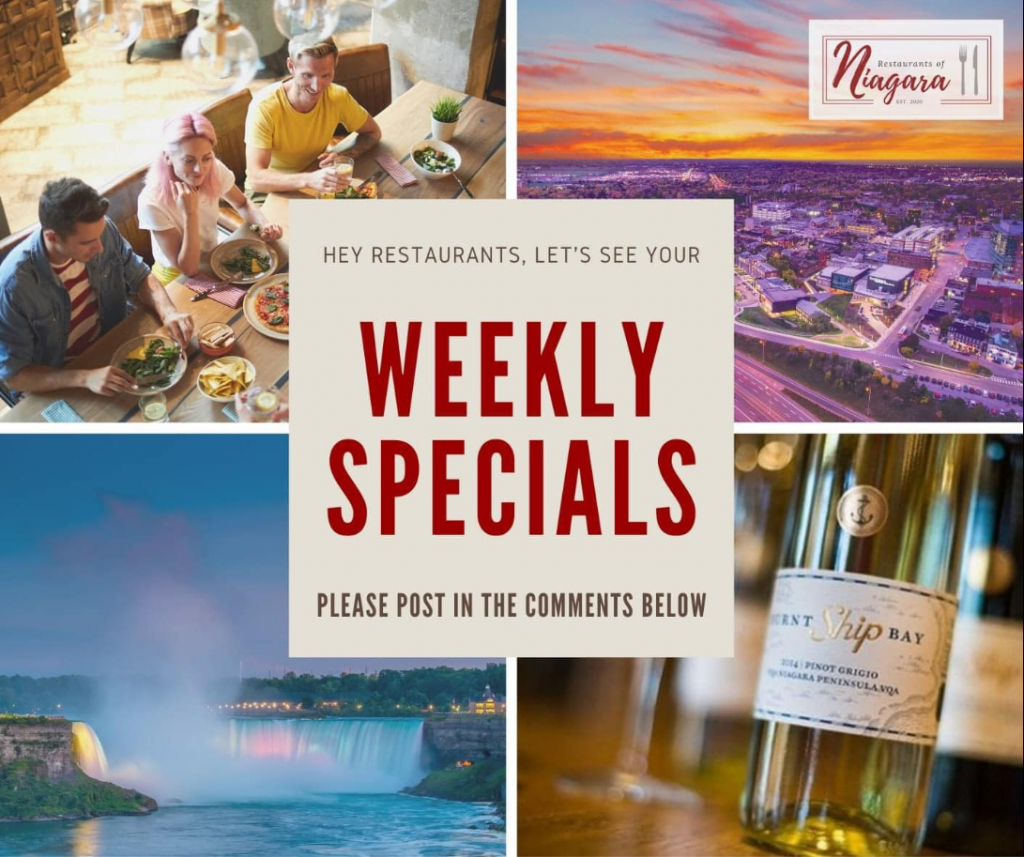 The owner and operator of Zappi’s Pizza & Pasta in the tourism district of Niagara Falls, Ont., in 2003 had rekindled the family pizzeria established in 1971 by his parents, Connie and Tony Zappitelli. Business was strong, but when COVID-19 hit, Zappi’s shifted gears to lean heavily on delivery and causing the entrepreneur concern.

“The profit on takeout is so small compared to the dining room,” he says, adding that takeout made up only 25 per cent of the business. Able to take advantage of the government’s wage subsidy, he and his team, like so many pizzerias, focused on quality and serving their local customers, who made up half of their sales.

Fortunately, the entrepreneur found a goldmine of a free marketing resource in a Facebook group called Restaurants of Niagara.

Marcel Morgenstern, a sommelier and co-owner with Lou Puglisi of new Niagara winery Burnt Ship Bay Estate Winery in Niagara-on-the-Lake, started the page to try to help the businesses he served and had come to know so well.

“It was just a shock to everyone to be so restricted,” he says. “I’ve been for two decades selling wine to the industry. I thought, what do we do now? We can’t just do nothing.”

Inspired by a Facebook group called ONRestaurants+Burlington, he launched RON and it blew up. It has more than 30,000 food businesses signed up as members, 1,400-plus public followers, at least 200,000 comments and posts every month, and a growth rate of about 30 per cent. “It gets a little crazy from time to time,” says Morgenstern, who moderates it with two other volunteers at no charge to restaurants.

Its goal is to support restaurants, drive traffic and give businesses a chance to advertise without spending money through positive reviews and pictures.

Albert Zappitelli has been having a blast posting menu details and feel-good stories about Zappi’s and neighbouring businesses on the page since March. “We had a take-out game already,” he says. “But I can’t tell you how much this page has helped us and other pizzerias that didn’t do a lot of takeout.”

Morgenstern finds running the page rewarding. “Some have been able to build a business with the help of this group,” he says. “I’ve been able to show restaurants measurables on what they post and what engagement they get. Some of them want to learn so I created videos with tips on using social media.”

Restaurants of Niagara has two golden rules: Be kind and be courteous. No hate speech or bullying. “Negativity doesn’t help anyone,” Morgenstern says. “We’ve been very strict with that when it happens. We remind them to take it up with the restaurant directly.”

For Zappitelli, the forum represents a welcome oasis of positivity in the often harsh world of online reviews. The owner-operator is concerned about a specific practice he sees as damaging and widespread online that risks painting all restaurants with the same brush.

“People who self-review over and over again or have friends inundate websites with reviews – it’s dirty pool and the public catches on to this,” he says. “If pizzerias get a bad name, we all suffer. We can make ourselves busy for a week but it won’t last.”

He doesn’t have an easy solution to the problem. “I don’t want to go to war with someone online. What it comes down to is that restaurants have to be on the same platform of quality and service: Take your hits, make your product better, listen to your customer,” he says. “It’s a community effort, the restaurant business. We all have to succeed.”

That’s why he likes the positive tone of the RON posts.

Morgenstern suggests operators post about their specials, their ingredients and prepping a meal in the kitchen. His favourite post on the site is a glowing description by Zappitelli of what he misses about dining at local restaurants Carpaccio’s, Taris on the Water and Strada West. “It’s been great to see the restaurants connect with each other and promoting each other,” he says.

Morgenstern uses the page to promote charitable causes such as Community Care food bank for whom they raised thousands through a campaign sponsored by his winery and another business, BarterPay, that featured t-shirts bearing the cheeky slogan “WTF (Where’s the Food) Niagara?”

At the moment, he is happy to promote the award-winning winery indirectly through such activities as a video he made to help restaurants with marketing.

Both businessmen have advice for pizzerias doing their own marketing. Zappitelli says, “No single demographic is going to make you busy. Every marketing angle is important.”

Morgenstern agrees interaction is key: “I ask restaurants, can you tell me how much you’ve lost by not being on social media? If you don’t have a Facebook account, don’t pay someone – learn it yourself. Post real content and learn a little more about it every day. If you’re not interacting with customers, you’re missing out massively. Just ask one of these restaurants who have got really busy.”