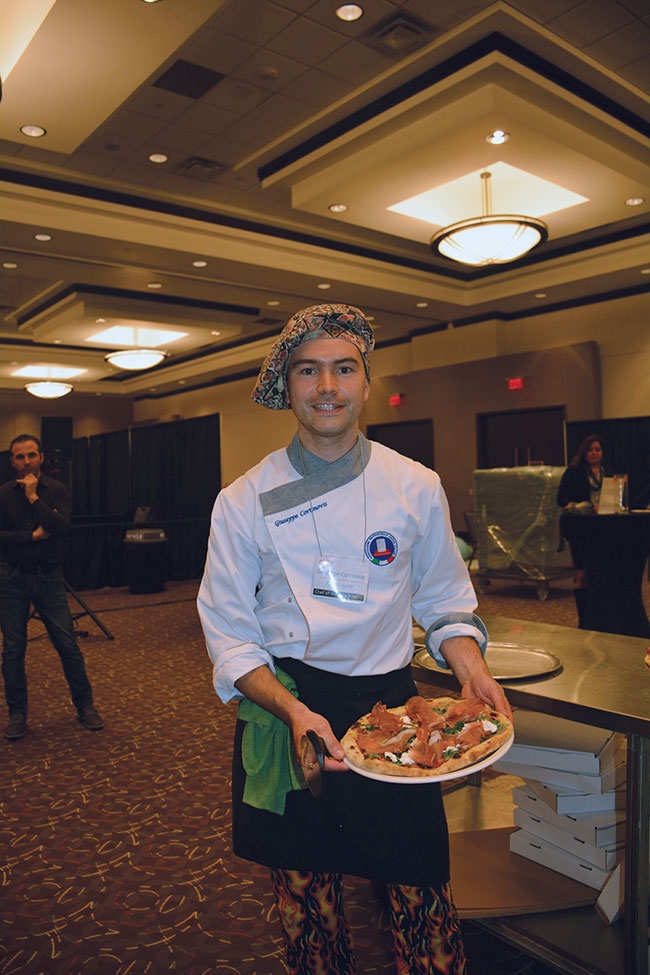 Giuseppe Cortinovis’ Covent Garden pizza was a hit with judges at last year’s Chef of the Year competition.

To make his sweet pie, Cortinovis, who finished as runnerup in the competition, used a housemade conserva (jam) topping that he prepared while living in London, England, and toiling at his then-company, the Covent Garden Jam Company.

“The dough is handmade and a combination of my housemade sourdough and young poolish, with 70 per cent hydration, 48 hours fermented and triple rolled,” he says of his technique.

Generally speaking, Cortinovis is a proponent of using a biga in pizza dough to increase the shelf life of your pizza. He recalls the traditional Italian way of making biga every day and putting it outside to ferment.

“Italians invented the biga to have fewer problems with the mother dough,” he tells Canadian Pizza.

Giuseppe Cortinovis is pizza chef at Ignite Pizzeria in in Vancouver. Competing for Nightingale Restaurant in Vancouver last year at the Chef of the Year competition, Cortinovis was runnerup for the second time (the first was in 2016). He has cofounded restaurants in Australia and Italy, including a bakery his family continues to run in Italy.