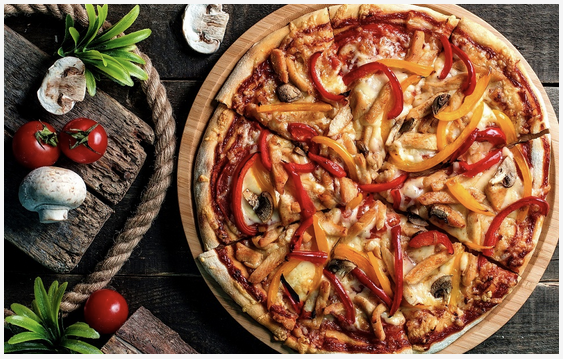 RAPiZZA, which derives its name by combining the words “rapid” and “pizza” fuses together flavours from India, Korea, Japan, the Middle East and Mexico.

They offer traditional pizzas such as pepperoni and also multicultural favourites such as Malai Tikka, Palak Paneer and the Butter Chicken pizza. Also on the menu are wings, sandwiches and desserts.

“We had an idea to bring back a level of happiness through food, where we can instantly take people back to a simplistic moment of joy that starts with their taste buds,” CEO Vernon D’Mello said. “For many people, one taste can remind them of their childhood and fond memories from a happy place in their memories…. We want our customers to experience the taste of sophisticated international cuisines in the comfort of a pizza.”

Plans are underway for a line of vegan pizzas.