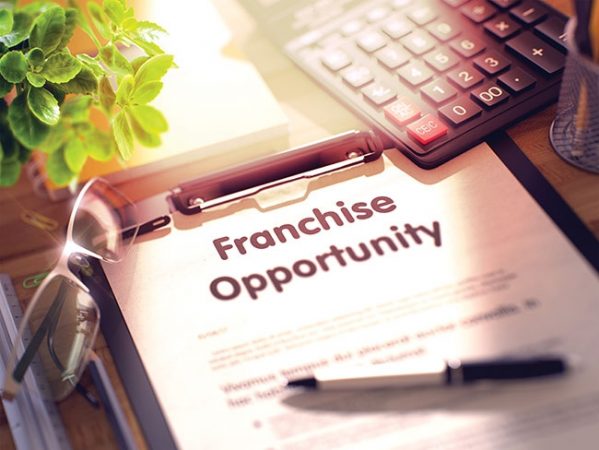 Canadian Pizza: What is the first consideration in deciding to become a franchisee?

David Kornhauser: First and foremost, franchisees have to ask themselves, ‘What is the franchisor doing for me that I can’t do for myself?’ There are a myriad of decisions that have to be made by someone who is going to operate a business. The idea of buying a franchise is that you’re already buying an established method of operating a business that has been successful and has been replicated. The idea is that if you follow the system, and because the franchisor has the breadth and depth of experience in choosing the right locations, negotiating leases and all of the other decisions that go into operating a business, you’re going to have a better chance of being successful than you would have on your own.

CP: Why does somebody decide to franchise their business?

DK: A franchisor is somebody who has developed a business method and a system of operating their business. He or she wants to expand their business, achieve some market penetration. There are various ways you can do that. You can do it through the Starbucks model of opening corporate locations, which involves hiring your own employees and taking on the leases as well as the other costs and risks of owning and operating your own business. Or you can do it through the Second Cup model of having independent third parties operate their own businesses under the franchisor’s banner and following its systems. That’s really what the relationship is all about – it’s all about the rights between the franchisor and the franchisee: these rights are governed by the agreements that the parties execute. The franchisor grants the franchisee a right to operate a business and use its trademarks and requires it to follow its system and methodology.

CP: How would you describe the franchisee-franchisor relationship?

DK: The relationship is about having third parties operate their own businesses under the franchisor’s banner and following its systems. These rights are governed by the agreements the parties execute. The franchisor grants the franchisee a right to operate a business and use its trademarks and requires it to follow its system.

The unique thing about a franchise relationship is that in some ways it’s independent, but in others it’s interdependent. The parties are like any other independent parties to a business relationship. Yet, you have the franchisee, who is out in the marketplace representing the franchisor’s brand. A franchisee may be thought of as an extension of, or an ambassador for, the brand.

CP: How long does a typical franchisor-franchisee relationship last?

CP: What are the key differences between becoming a franchisee and operating an independent restaurant?

CP: What is the most common misperception you see among entrepreneurs setting out to become franchisees?

DK: Some people think buying a franchise is a guarantee of success. In fact, it gives you a better chance of being successful but it’s not a guarantee.

CP: What kind of temperament is ideal for a franchisee?

DK: The best franchisees are those that have an entrepreneurial spirit but are willing to follow a system. From the franchisor’s perspective, they’ve developed this franchise and believe that the business can be replicated and that the franchisee will make money provided they follow the system.  Sometimes a prospective or existing franchisee thinks they know better than everyone else. I always advise my franchisor clients that if they think the prospective franchisee is that type, then the franchisor should not grant the person a franchise. These types are better suited to operating their own businesses. A franchisor wants someone who, while being entrepreneurial, is willing to follow their system.

CP: Can you give us a brief overview of franchise legislation in Canada?

DK: The law in franchising is essentially comprised of two parts: a) contract law; and franchise-specific legislation in various provinces across Canada – B.C., Alberta, Manitoba, Ontario, New Brunswick, P.E.I. (Franchise Legislation). Franchise contract law is essentially equivalent in all the provinces of Canada except Quebec. My comments do not apply to franchising in Quebec. Although the forms of agreements are very much the same, there is some language you have to add to comply with the Civil Code of Quebec and language laws. There are six provinces that have franchise legislation. In provinces with Franchise Legislation, a franchisor has to provide a prospective franchisee with a disclosure document at least 14 days before any agreement relating to the franchise is signed or any monies are paid to the franchisor. There are certain exceptions which permit confidentiality agreements or refundable deposit agreements to be signed prior to the franchisor providing a disclosure document. In those provinces without franchise legislation there is no requirement to provide a disclosure document but sometimes franchisors will do it for information purposes only.

In addition to circumstances where a franchisor never provided a disclosure document at all, the courts have held that the two-year rescission window applies in circumstances where the disclosure document was so deficient that it was as if the franchisor did not provide it at all such that the franchisee was not able to make a fully informed decision; and b) a right to sue for misrepresentation or failing to comply with a franchisor’s obligations pursuant to franchise legislation.

CP: As a franchisee, when I pay into a franchise’s marketing fund, what can I expect to receive?

DK: A marketing fund is generally used by the franchisor to grow the brand and it doesn’t necessarily mean you’re going to get a direct benefit. Tim Hortons is probably a great example, forgetting recent events. The brand became valuable as a result of years of sponsorship, branding and marketing. That included sponsoring hockey tournaments, running its Roll Up the Rim campaign, through the use of various advertising media including creating television commercials. A franchisee could not necessarily point to a television commercial that was aired on March 1, 1974, or March 1, 1984, and prove that it was of benefit to him or her. But certainly the cumulative impact of all of the money spent on that branding was of benefit. Generally speaking, I don’t think anybody can dispute that the money Tim Hortons has spent over the years has created enormous brand recognition and that it was money well spent. It doesn’t mean that every single dollar benefited a particular franchisee but it does benefit the overall system.

Generally, franchisors are required to provide financial statements at the end of each year that provide details to the franchisee as to how much money it collected and what it spent that money on. That’s something a franchisee can negotiate for in a franchise agreement and any responsible franchisor should be willing to provide that kind and quality of information.

CP: Do I receive all the savings from bulk purchases made by the franchisor?

CP: Can I transfer my franchise to another party?

DK: Yes. As a generalization, every franchise agreement has transfer provisions that allow the franchisee to sell the business as a going concern and get as much money as they can for it, subject to the franchisor’s right to approve the transferee, and in some cases, the price being reasonable. The relationship between the franchisor and the franchisee is a personal one. . . . If you want to sell that franchise to someone else, the franchisor has a right to say, ‘I want to make sure that the person you sell your franchised business to, and that will be representing my brand, is someone who can properly operate my business and appears to be of good character, etc.’

CP: I am looking to take on a franchise. What final advice would you give me?

DK: Two pieces of advice. First, do your homework. Make sure you really understand what you’re buying. Speak to other franchisees, professional advisors, accountants and bankers. Make sure you have a good idea of what you can expect from the operation of the business.

If you’re spending a quarter of a million dollars buying and establishing a restaurant that you’re going to work at 60 hours a week and that’s going to be your source of income, you should spend one or two per cent having the disclosure document and agreement properly reviewed and making sure you understand what your rights and obligations are. To me it’s just common sense.

David N. Kornhauser represents franchisors, franchise associations and franchisees in the areas of franchising, licensing and distribution. David is recognized as a leading lawyer in Canada in the area of franchise law by the Lexpert Directory and is co-author of “Franchisee Associations in Canada” (Carswell, 2011). He has been a speaker at numerous franchising conferences and authored or co-authored numerous papers. David is the recipient of the 2015 Marcus Cohen Award, an award granted by the Ontario Bar Association’s Franchise Law Section for scholarly contributions to the area of franchise law. He may be contacted at 416-862-6280 or dkornhauser@msmlaw.net, or through his website, franchisingforum.ca.
Print this page