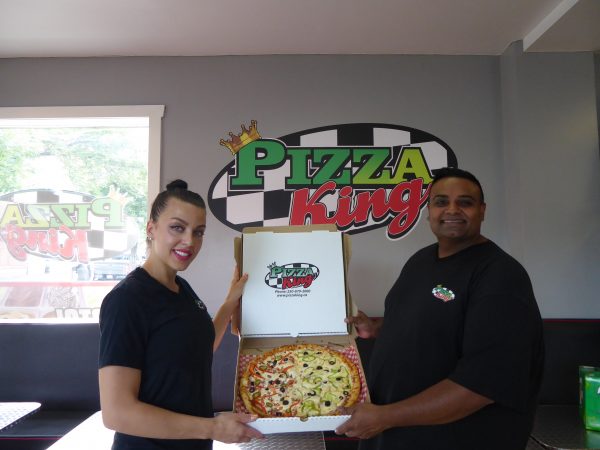 Pizza King of Kamloops, B.C., has been doing its best to boost the morale of citizens displaced by recent wildfires in surrounding areas.

On July 7, more than 40,000 residents were evacuated from their homes on five minutes’ notice and came into the city.

When owner Parv Nann of Kamloops, B.C., heard from his employees and friends just how much some families had lost in the fires that engulfed areas around Kamloops, he started handing out his pizza and drink combo to anyone who asked for it.

The poignancy of the situation was brought home for him when he saw a man at the local mall. Nann learned from mall staff that the man had had to leave his ranch and was forced to wait the weekend to withdraw money from his bank. “People lost their family pets, their homes and their belongings,” the pizzeria owner said.

Nann figures the initiative cost him at least $10,000, when you multiply the 4,500 slices handed out by $4 a slice. “People asked me why I do it when I must be losing money, and I say to them, ‘It’s a lot easier to lose your money than to lose your house. If I can take their mind off it for even five minutes and put a smile on their faces, it’s worth it,’ he said. “I never got into this business to make a lot of money. When you make food, you make it for the enjoyment.”

The three-year-old pizzeria, which has a dozen employees and serves what Nann calls “a thicker style” of pizza, also provides pizza to volunteers who are helping evacuate the homes in areas surrounding Kamloops such as Williams Lake and Hundred Mile House.

Nann reported that, although some of the original fires had subsided, more were starting up.