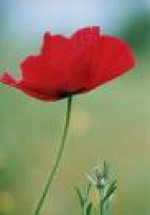 November 11, 2008 – Today is Remembrance Day in Canada, when Canadians traditionally take time to honor the men and women who have
served in the nation's armed forces. Many veterans return home with new
or enhanced skills that can be highly valuable in the business world.

Yet life can be difficult for these vets as they
try to reintegrate into civilian life through meaningful work. VOA's
Adam Phillips reports on one corporate program for veterans in which
everyone seems to profit.

On July 8, 2004, Army Sergeant Robbie Doughty was traveling in a military truck convoy in northern Iraq.

"… And just as soon as we hit the Samara bypass there, the vehicle I
was riding in was struck by a roadside bomb. And the shrapnel basically
caused me to lose my right leg above the knee and my left leg below the
knee," he says. 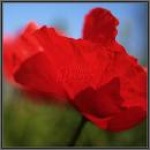 Meanwhile, a magazine article about wounded veterans praising Doughty's
courage and stamina caught the eye of Michael Ilitch, the founder of
Little Caesars pizza delivery chain. Ilitch was reminded of his own
experience as a young vet with an uncertain future back in 1959, and he
was deeply moved. He telephoned Doughty's home and left a message.

"… And I had no idea what this was going to be about," Doughty recalls.
"And a few days later, I spoke to Mr. Ilitch, and that's when he said
he wanted to offer me the opportunity to open up my own Little Caesars
franchise in Paducah. And of course I seized the opportunity and rolled
with it!"

That was three years ago. Doughty's pizza franchise was so successful,
Ilitch asked his company's management team to design a program to help
other veterans become franchisees. The program they devised offers
qualified vets huge discounts on the purchase of a franchise. It also
includes training, support and other benefits worth nearly
$70,000.explains the program's multilayered rationale.

"[But] in addition, it's a good business proposition. So it's a
'win-win' for Little Caesars and for our veterans. Veterans bring a lot
of benefits to Little Caesars [such as] strong personal commitment.
They take initiative. They have high levels of integrity, working with
a team [and] leadership qualities. So there are a lot of things that
veterans bring that fit really well with our business model."

Veteran Robbie Doughty says in business, as in war, leadership is fundamental.

Army Sergeant Robbie Doughty was serving in northern Iraq when he was wounded by a roadside bomb
Doughty says he looks for ways to motivate his employees, just as he tried to motivate privates in the Army
"Our definition of leadership in the military is being able to inspire
and motivate people to do things that they otherwise might not do,"
Doughty explains. "And you take that… into a business [and] instead of
an 18-year-old private in the Army working for you, you have a
17-year-old high school student. They may not want to sit there for
five or six hours and put pepperonis on pizza. And you inspire and
motivate them to do the job and to do it well."

Doughty says whether they're squad leaders or small business owners,
all effective leaders are also, in some sense, psychologists.

"You have to figure out what makes that person tick. What does it take
for Private Doe to get him to accomplish this task? And it's the same
thing in Little Caesars," he says. "I figure out, are they motivated by
time off? Are they motivated by more money? In the military, I might
put them up for a citation, or they may expect to get to go on leave at
a certain time, or whatever the case. It's the same, just different
conditions. If you reward them the way they want to be rewarded,
they'll work for you any day of the week."

Attention to Detail Pays Off