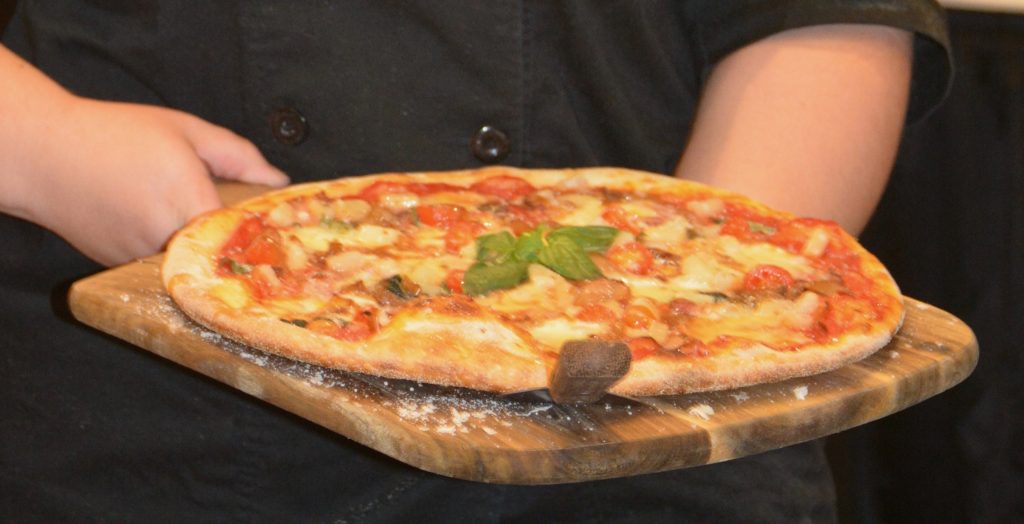 Khrystyna Collins' entry in the 2017 Chef of the Year Competition was Pina Pancetta featuring pineapple.

Vancouverites love pineapple the most compared to pizza patrons in the rest of Canada, according to a survey from online payments company Square.

Data from payments company Square shows that customers in Vancouver are the most likely of all Canadians to request pineapple on their pizza, with 10 per cent of all pizza orders there requesting the sweet tropical fruit. Other British Columbia cities showed a similar penchant for pineapple, with one in every 20 pizzas in Kelowna containing the polarizing topping.

But, according to the survey, pineapple’s popularity peters out the further east it goes: Only two-and-a-half per cent of Calgary’s pizzas were ordered with it last year, but in Winnipeg, that number drops to one in 200, and falls completely off the charts in Quebec. Ironically, even though Hawaiian pizza originated in Ontario in the 1960s, the province’s appetite for it today is practically nonexistent if you look at overall pizza orders.

“We wanted to set the record straight once and for all on whether or not pineapple has a place on Canadians’ pizzas,” said Karisa Marra, business expert at Square. “Although a small number of Canadians, mostly in Vancouver, are pineapple pizza lovers, overall,  regardless of what anyone says, the vast majority of pizza eaters simply aren’t ordering it.”

Pizza orders in Canada indicate that requests for pineapple heat up along with the temperature. Orders rise continuously through June, again in July, and peak in August.

Square Inc. is a payment company that designed the Square Reader for accepting card payments using a smartphone or tablet. It has offices in the United States, Canada, Japan, Australia, Ireland and the U.K.