To mark the launch, Papa John’s locations in Ontario will donate one dollar from every Shaq-a-Roni sold through Aug. 23, 2020, to Boys & Girls Clubs of Canada. 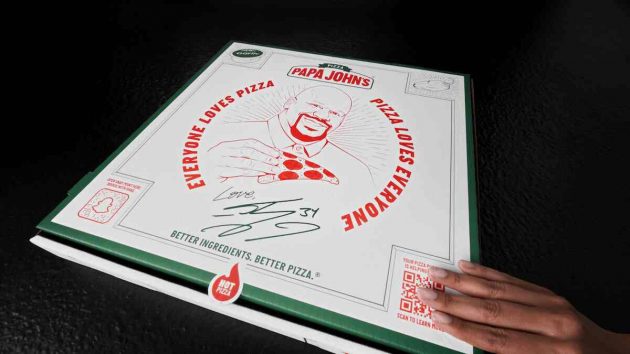 “It was important to me for the Shaq-a-Roni to be bigger than just pizza. By giving my new pie a try, one dollar will be donated to The Papa John’s Foundation for Building Community to support COVID relief, the fight against racial injustice, the Boys and Girls Clubs and general community involvement,” said Shaquille O’Neal.

Conceived by O’Neal, the Shaq-a-Roni is an extra-large pizza made with Papa John’s six-ingredient dough, topped with extra mozzarella cheese and extra pepperoni, then cut into Papa John’s largest slice size to date, the company said in a news release.

“From the Papa John’s Foundation to the efforts of our local franchisees and team members, Papa John’s is committed to supporting our communities,” said Rob Lynch, president and chief executive officer.