March 7, 2008 – The 75 million Baby Boomers who make up forty-five
percent of the workforce are now starting to retire; in 2007 that rate
is expected to hit three million people. And the mass exodus of Boomers
from the workforce will only increase over the next ten years. So the
question is: Who will replace these retiring workers? 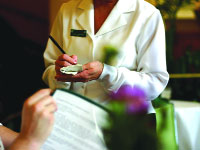 The 75 million Baby Boomers who make up forty-five percent of the workforce are now starting to retire; in 2007 that rate is expected to hit three million people. And the mass exodus of Boomers from the workforce will only increase over the next ten years. So the question is: Who will replace these retiring workers?

While logic would dictate that the next generation (Generation X, as they’re called) will simply step in and fill the newly vacant roles, that is simply impossible. Why? Because the Gen X population—those born between 1964 and 1977—totals a mere forty-five million people. That’s a deficit of 30 million workers. As one economist from the Office of Labor Statistics noted, “over 500 occupations will be adversely affected by the boomers’ departure.” It doesn’t take a rocket scientist to figure out that a worker shortage is on the horizon.

To make matters worse, retaining Gen-X employees is a challenge that plagues many companies. A number of research studies suggest that one in five Gen-Xers is preparing to leave their current job. In addition, Gen-Xers are leaving the big corporations in droves to be entrepreneurs or to join smaller companies—even if it means taking a pay cut. According to exit polls and research studies, Gen-Xers are disgusted with the mismanagement of top corporate officials, hierarchical politics, corporate ladders, and the lack of job satisfaction and job fulfillment.

Gen-Xers across the country echo the same message: They want a Gen-X friendly workplace. And that, in fact, is the key to retaining these skilled workers in your company so you’re not left in the cold when the labor shortage hits. Following are four strategies that will enable you to attract the Gen-X talent you will need to stay successful and competitive in the years to come.

1. Focus on collaborative relationships.
Gen-Xers grew up in social conditions very different than previous generations. Many were latchkey children, and fifty percent were raised in single parent homes. They often spent an excessive amount of time alone. As a result, today Gen-Xers are relationship builders. In fact, this need for strong relationships touches every aspect of their life—at home, at work, and as consumers. As such, companies need to develop new communication models that include strategies for building “it” together.

Unfortunately, many managers still don’t use their workforce to collaborate on projects, goals, or the development of ideas. Instead, they use coercion or they dictate what is going to be done. But that approach won’t cut it for the Gen-X workforce. Companies that retain these workers for the long haul need to take a collaborative approach to such things as decision making, problem solving, and product development. Yes, Gen-Xers want the company to do well, but they also want to be a strong voice in taking the company where it needs to go.

So rather than tell your Gen-X employees what steps to take to solve a problem, allow them to brainstorm with you to generate ideas. Or when you need to decide on a course of action, get their feedback on which option to pursue. Really listen to what they offer and act on their input. Be open to what they say; often their suggestions will amaze you.

2. Offer variety.
In the past, the Baby Boomers were interested in job status and climbing the corporate ladder. In contrast, Gen-Xers are interested in equality, flexibility, and a lattice corporate structure. The Gen-Xer is not impressed with status symbols like title or position; rather, they want an uncensored corporate structure coupled with opportunities to learn new skills. When given the choice, they prefer flex hours and the ability to telecommute over a higher salary.

Therefore, rather than restrict your Gen-X workers from trying new things, encourage it. Offer them opportunities to learn new skills, to job share, and to assist in projects in other departments. Gen-Xers yearn for increased intellectual stimulation. If you keep them “in a rut,” doing the same thing day in and day out, they’ll quickly get bored. That’s when they start cyberloafing and looking for employment elsewhere…or mapping out their own entrepreneurial vision, which could be in direct competition with you.

Additionally, since Gen-Xers were raised in the information age, they expect to have the latest technology tools to do their job. Remember, this group was the first to do their high school papers on the computer, and they are technically savvy. To not provide the latest and greatest technology is equivalent to handing them the “want ads.”

3. Work in teams.
Teaming and the ability to bond with others is core to the Gen-X work ethic. And while many organizations give lip service to team-building training and activities, most organizations are rigidly bureaucratic and employees do not feel valued as a person. In fact, the “good old boys,” “bureaucratic cultures,” and the “double standard” of yesteryear are seen as draining, egocentric, and childish to Gen-Xers. That’s why companies need to focus on creating a truly team-focused environment to keep these much needed workers.

For example, when it comes to leading Gen-X workers, managers need to do more than just manage; they need to work alongside the employees doing the daily activities. Also, assign teams within the department to complete projects. For each new task or project, rotate the team leader so that everyone has the opportunity to develop his or her leadership skills. Additionally, have people work in dyads, where one team member helps another on a project to build internal working relationships. Finally, allow the teams to self-manage. After all, you hired them because of their expertise, so let them put that expertise to work and see the project through from beginning to end. The more you allow your Gen-X employees to be a part of the team and to participate as equals, the more likely they’ll be to stay at your company.

4. Build a strong corporate communication process.
In most companies there’s no open debate, and employees are always “watching their back.” They know that if they say something out of turn, they’re likely going to get projects they don’t want or they’ll get dinged on their performance review. Granted, some companies have attempted to create an environment of open communication, but when employees do speak their mind, the company doesn’t listen.

Gen-Xers refuse to tolerate such an environment. They know it’s hard to be productive and motivated when trying to always “watch your back.” And while previous generations tolerated office politics and egocentric executives, the Gen-Xers respond by sending out resumes and seeking employment elsewhere.

Therefore, to keep Gen-Xers on staff, you need to encourage debate and opposite opinion. Get people to open up, discuss problems, and express opinions. Then, put in the processes so the ideas and opinions get acted upon. Equally important is to create an environment of instant feedback. Rather than force people to wait for feedback for days, weeks or until the yearly performance review, communicate regularly. Give updates on ideas that were generated, projects that were worked on, and anything else that impacts the company or employee. Just as Gen-Xers like to text message their friends because it offers instant communication, they expect the same communication speed from their managers.

The New Generation of Change
According to the US Census Bureau, the number of small businesses is growing. And Gen-Xers are starting to realize that smaller companies offer more in the way of opportunity, job fulfillment, and job satisfaction. As such, Gen-Xers are giving up the larger paychecks that large companies offer for a smaller company that is Gen-Xer friendly and more aligned with their values.

The world is changing at warp speed, and Gen-Xers are at the soul of that change. So if your organization is to survive long-term and avoid extinction, you must change and become Gen-Xer friendly—now! •

Deanne DeMarco is an author of four books, speaker and corporate trainer. Her successful training programs are nationally recognized utilizing a set of strategies aligned with her GenXer Factor© Management Model in creating corporate cultures where people like to work. As a keynote speaker she communicates the important lessons in managing the next generation. For speaking and consulting, Deanne can be reached at 866-91-COACH or at www.DeanneDeMarco.com.