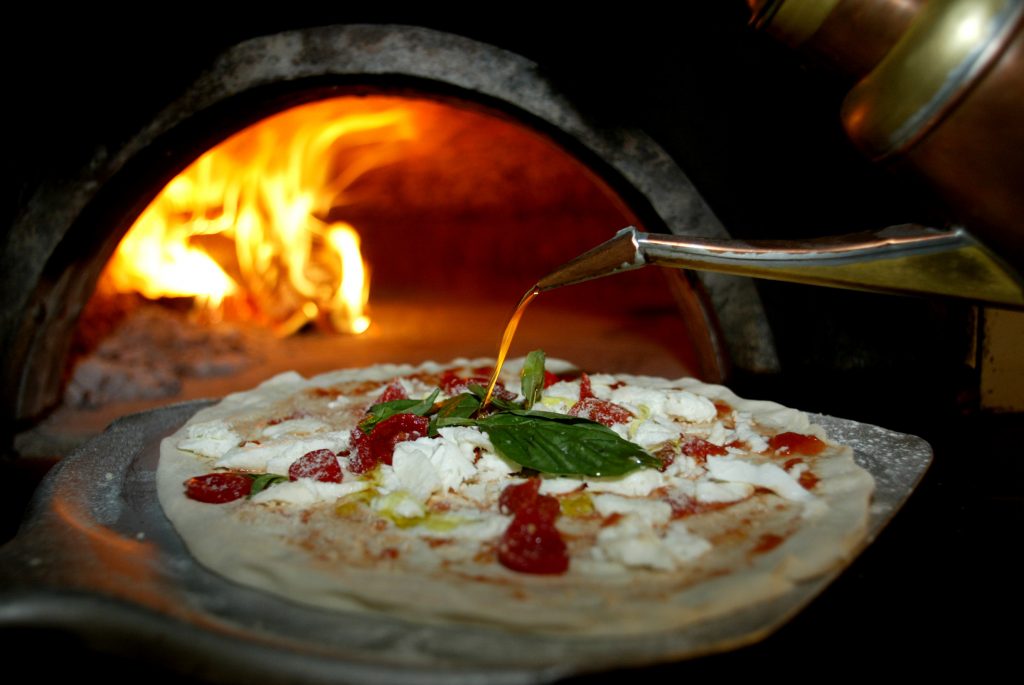 Naples, Italy – A pizzeria in Naples, Italy, is making a name for itself by baking pizza in geothermal ovens.

Sorelle Bandiera is the brainchild of archaeologist Vincenzo Albertini, president of Naples Underground. The pizzeria is located inside the ancient Roman theatre, not far from Piazza San Gaetano which forms the entrance to Naples Underground (Napoli Sotterranea).

The pizza is prepared in the excavated Neapolitan yellow tuff subsoil of the city. The kitchen comes equipped with tuffaceous chambers for the dough to leaven within, after which they are then cooked in ovens made of the same material.

“The geothermal pizzeria was born after we carried out particular studies and research into both the characteristics of the city subsoil but also of the history of Naples and of pizza,” said Albertini in a news release. “We began by first studying the Greek-Neapolitan bakers who were very famous for their signature sourdough bread. Then we further expanded upon this research by measuring the microclimatic parameters of the city as it stands now, which led to the discovery of organoleptic properties as reflected in the leavened dough.”

What gives the geothermal pizza its signature qualities is that it is prepared in tuffaceous chambers in which it leavens for 24 to 48 hours and is then baked in a tuffaceous oven.

These novelty pizzas are prepared in optimal geothermal conditions underground and served with easy access on the streets of Naples.