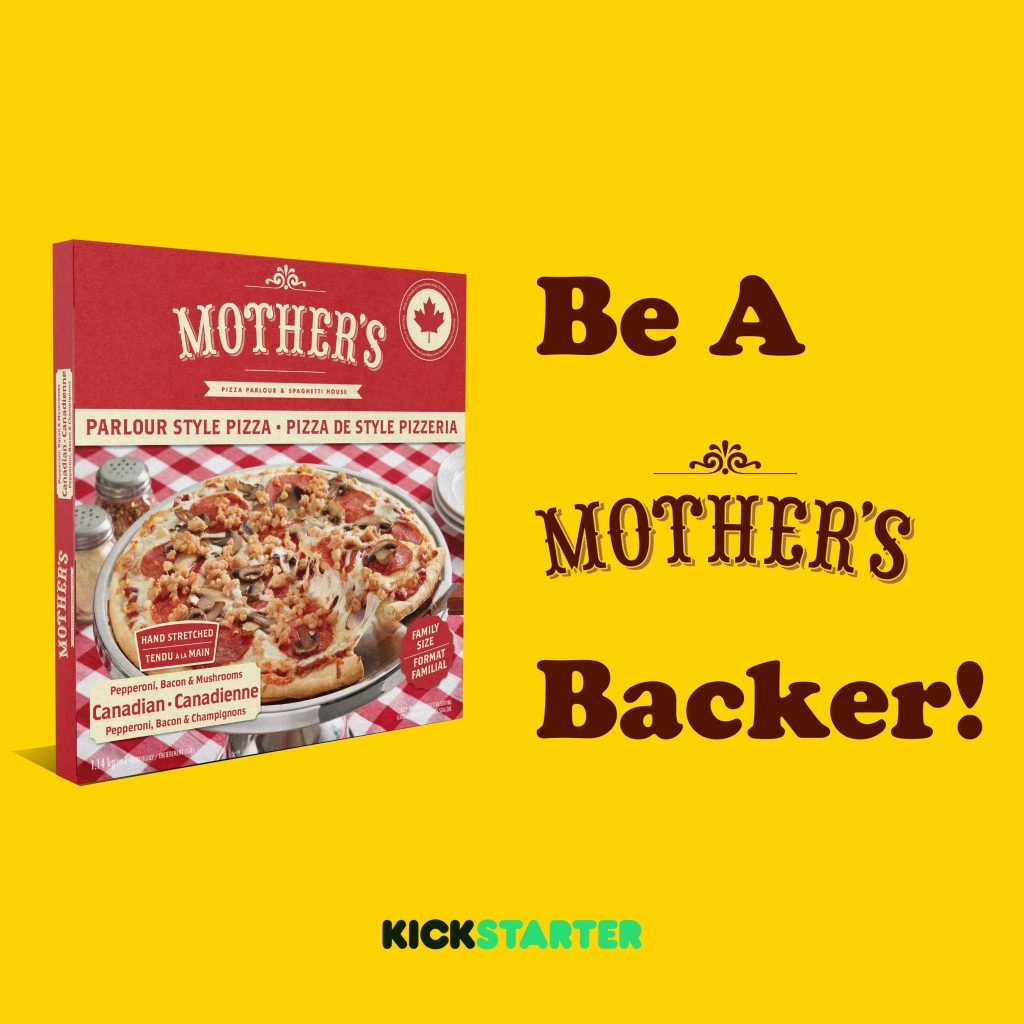 Burlington, Ont. – Mother’s Pizza has launched a crowdfunding campaign to show grocery retailers there is demand for its new frozen product by motivating customers who love the brand to spread the word.

The campaign has two goals: It’s meant to give Canadians a chance to be among some of the first to enjoy Mother’s Pizza once again, along with some cool swag, and even a chance to have their picture on the box. And it is designed to show retailers there is demand for the brand.

Canadian entrepreneur Brian Alger, who specializes in “brand resurrection,” was preparing to launch the brand’s frozen line when the COVID-19 pandemic hit.

In the fall of 2019 and coming off the resurrection of The PoP Shoppe brand, Alger had his sights on the revival of another iconic Canadian brand, Mother’s Pizza Parlour and Spaghetti House, which originally opened in 1970 and once boasted over 100 Canadian locations.

He planned to offer the brand’s signature pizza through a line of frozen pizzas to be sold in grocery stores across Canada.

“I had done all the work, from researching the original recipes, package design, to finding the facility that would produce our products. I was feeling good, we had participated in some trade shows in the fall of 2019 and the response was overwhelmingly positive. And in early 2020, I was having conversations with various retailers, setting meetings, sending samples and then suddenly, things changed, the pandemic hit. At that point, everything was on hold.”

For most of 2020, Mother’s Pizza saw several challenges to how business was being conducted. Some of the early interest in Mother’s products had waned, as more pressing issues were being addressed. Not wanting to lose another year, Alger decided to launch a Kickstarter campaign called “Be a Mother Backer.”