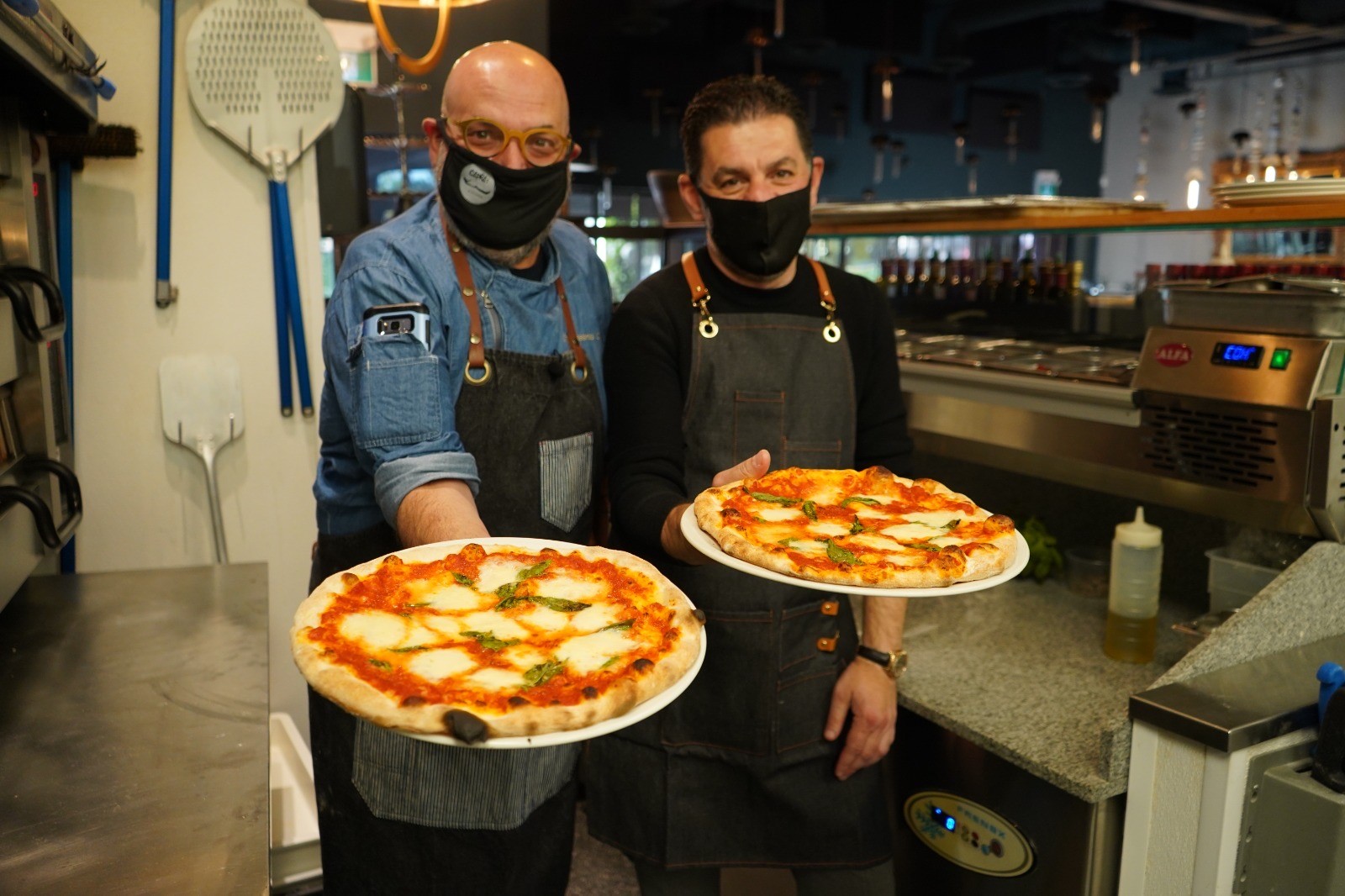 Toronto – Two well-known restaurateurs from Mississauga are partnering on a new venture focused on a line of halal-only pizza.

Mohamad Fakih, founder and CEO of the Paramount Fine Foods chain of restaurants, and celebrity chef, author and restaurant owner Massimo Capra will work together on a new pizza concept called “MAS E MO” – a combination of Massimo and Mohamad’s names. This new venture will offer a variety of different pizza menu choices independent from the mankeesh options currently offered at Paramount.

Chef Massimo Capra began his culinary journey in Italy before moving to Canada to work in the restaurant industry, eventually opening two Italian establishments in Mississauga and Niagara. He is known for appearances on City TV Cityline, Restaurant Makeover, Chopped Canada and his own show, Gourmet Escapes. Capra, known for his approach to Italian classics and fresh, new dishes, will create a pizza featuring halal-only ingredients from Paramount’s Middle Eastern menu.

“We’re looking forward to giving a traditional favourite on dining tables across the country a delicious new taste,” Fakih said in a news release.

“We’ve respected each other for years and have been looking for the right opportunity to work together,” Capra says. “This concept will combine our strengths and create something entirely new for our guests to experience.”

The pizza created by Capra and Fakih will be available for takeout and delivery from select Paramount restaurants across the Greater Toronto Area. The Paramount Fine Foods located at 253 Yonge St. in Toronto will be the first location where customers can order the new menu items.

The launch is part of the Paramount pandemic plan to broaden its menu and make use of pre-existing spaces resulting in the new brands Box’d, Cloud Kitchen and Krispo.

The new concept will launch in the near future, the release said.