The Ontario government’s decision to increase the
minimum wage in the recent provincial budget is going to cost
restaurant operators $765 million in higher wages and payroll taxes
over the next three years, says Stephanie Jones, Canadian Restaurant
and Foodservices Association’s (CRFA) vice-president, Ontario. 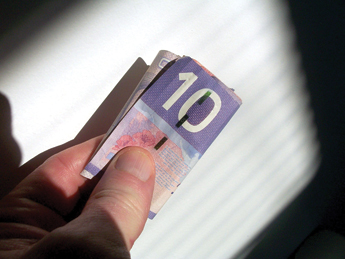 The Ontario government’s decision to increase the minimum wage in the recent provincial budget is going to cost restaurant operators $765 million in higher wages and payroll taxes over the next three years, says Stephanie Jones, Canadian Restaurant and Foodservices Association’s (CRFA) vice-president, Ontario.

According to Jones, a wage increase of this magnitude is going to threaten the viability of a lot of Ontario restaurants, including pizzerias.

“It is a labour intensive business where nearly 31 cents of every dollar spent at a restaurant goes directly to payroll costs,” she says. “So these small businesses don’t have the financial flexibility to absorb a large minimum wage hike. And in such a competitive environment, like the pizza industry operates in, they can’t pass it on to their customers.”

John Cossey, president of New Orleans Pizza Canada in Stratford, Ont., which has 70 outlets, says that although this minimum wage increase is bound to affect the company, he’s not against it.

“A good portion of our staff is in that range (close to minimum wage), so obviously it’s going…to put our overheads up (over the next three years) and it’s going to mean some increases in prices,” he says. “But that would be standard. It has happened before over the years. We’ve already gone through the minimum wage increases and everyone has analysed their controls and are keeping their labour to an efficient level.”

So at this point, Cossey says, it’s just going to be a direct increase to cost of prices of food because many companies have tightened up as much as they can.

“So it will mean that it will cost more to eat pizza out, and I’m sure the roadhouses and everywhere else will have to increase their prices as well,” he says. “I think the fact that more income will be thrown into the marketplace from the people that do eat out, it will make up for any negative effect by a small increase in prices. I think the economy is strong enough that it’s not going to stop people from going out because their pizza costs 25 cents more or something like that.”

Cossey says he thinks the increase is a good idea because those people at that lower end of the scale need somebody out there to protect them to keep the wages at a certain level.

“They work pretty hard for their money and if everyone has to pay them more, and if I have to pay them more, then it will be just fine with me,” he says. “I think they deserve it. I think it’s a good thing and it puts everybody on the same playing field. It’s hard for someone…to say, ‘Okay, this guy is worth $10 or $11 an hour when everybody else is paying $8 an hour. So you keep your costs in line with everybody else.”

Cossey doesn’t believe this increase will create a shortage of jobs.

“I think at the end of the day there is a shortage of employees out there as it is, in this area of Ontario for sure, and I don’t think it’s going to create any more,” he says. “If anything it might create a little bit more availability for people because it might mean someone who makes a few dollars more at a factory, for example, might be more interested in something a little different (like working in a pizzeria).”

But Jones isn’t as optimistic, and says this minimum wage increase is going to create industry-wide problems.

“The majority of businesses operating in the industry are small businesses – and franchisees are small business operators – so there is no way for them to absorb this increase into their current business model without cutting jobs and cutting hours,” she says. “Profit margins for the foodservice operators are less than three per cent of operating revenues – the lowest in the country. This translates into annual earnings of only $21,000 for the average restaurant. So it’s going to leave restaurants with little choice but to cut hours and jobs.”

“The vast majority of our minimum wage earners – about 77 per cent – are under the age of 25,” she says.
Jones advises business owners to talk to their local Member of Provincial Parliament (MPP) if they are concerned about how the minimum wage increase will affect their business.

“Talk to them about the impact this is going to have on your business,” she says. “It’s critical that the Liberal, the Progressive Conservative, and the NDP governments understand what a decision of this increase, of this magnitude, is going to do for operators. It’s unprecedented, it’s completely unjustified, and our industry is important. Unemployment rates for youth today are more than double that of other eligible workers, and this is going to exacerbate that problem. So it is really critical that MPPs understand the impact on the individual businesses at the ground level. So get out there and talk to them. This is an election year and they should want to hear from individual operators about this very devastating decision.”

Ted Arnott, MPP for Waterloo-Wellington and the Progressive Conservative critic for the Minister of Tourism, agrees with Jones that it’s important for business owners to speak up.

“I would encourage them to contact their Member of Provincial Parliament, especially if it’s a Liberal MPP, because in the final analysis it’s the Liberal government that is making these decisions,” he says. “But certainly those in the opposition need to hear from people too and be in a position to hope-fully influence government policy as well. And they don’t need to be shy about it. Speak up and explain what this means to your business. If it means you’re going to hire fewer people, you need to say so.”

Arnott adds there are some business owners who would say there should be no minimum wage at all. “For years there wasn’t a minimum wage in Great Britain, and it’s only recently they have established one,” he says. “I think we need to set a minimum wage, but I think it has to be an informed decision based on consultation with industry and labour.”•