Manitoba pizza operators are trying to hold the line in the face of
rising input costs, but some say that they have been forced to increase
prices – with possibly more price increases to come.

Manitoba pizza operators are trying to hold the line in the face of
rising input costs, but some say that they have been forced to increase
prices – with possibly more price increases to come. 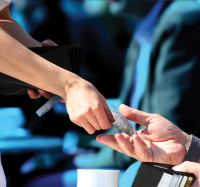 “We have had to increase prices on our dough products,” says Diane
Kiamil, Niakwa Pizza’s office manager. Niakwa Pizza has 12 outlets in
Manitoba, most of them in Winnipeg. “There has been some customer
reaction, but we tell people that there is nothing we can do about it.
We are just hoping that our input costs don’t go any higher.”

Kiamil observes that flour prices seem to be starting to come down.

The same can’t be said for gas prices. While Niakwa Pizza hasn’t as yet
added a fuel surcharge, that may soon change, Kiamil says.

“Between the higher minimum wage (that was introduced last year) and
the increasing cost of food, there’s not much we can do,” Logan says.
“We usually look at our pricing once a year. Now we are considering our
pricing every three months. We raised prices last in November. We will
have to see how things go over the summer.”

Logan notes that he and his managers are monitoring food costs closely.

“Our sales figures so far are about the same as last year,” he notes.
“We are seeing more dine-in customers and fewer takeout and delivery
orders though.”

As for the rising price of gas, he describes that as akin to going into uncharted waters.

Big Time Pizza has recently added $1 to the cost of each pizza it
sells. Delivery charges are also up, notes Jay Benz, the owner/manager
of the north Winnipeg franchise.

“We used to offer free delivery,” he says. “We first started charging
$1 per delivery to compensate for rising gas prices. Now we are
charging $2.25 per delivery.

“So far, we haven’t had any complaints.”

Winnipeg Boston Pizza franchisee Richard Enright notes that he and his
staff have focused more on better managing costs and exercising tighter
controls.

“Unfortunately, we have had to pass on some of our increased input costs to our customers,” he says.
Enright currently operates eight Boston Pizza outlets in Winnipeg.

“We believe there is the potential for four more Boston Pizza outlets in the city,” he says.

Going against the grain, Pizza Hotline has been able to hold the line against increasing its prices.

“We intend to hold out as long as we can,” says Ron Chan, director of
franchise development for the chain, which currently has eight outlets
in Winnipeg and one in Winkler, in southern Manitoba.

“We have been focusing on getting our deliveries out a little sooner and improving service.”