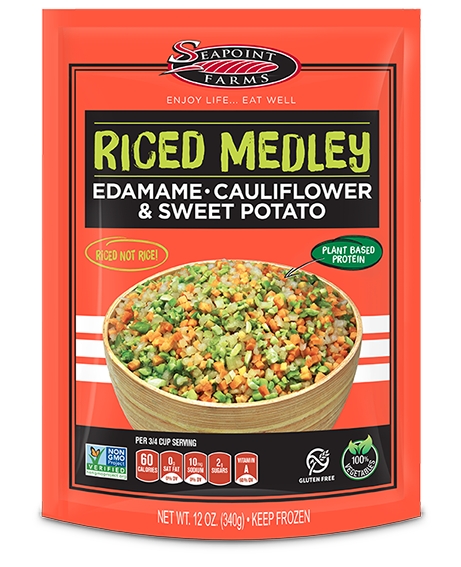 The frozen rice alternatives are easy to prepare, packed with plant-based protein and as versatile and absorbent as traditional high-carb rice, the company said in a press release.

“With more and more consumers gravitating toward grain-free, plant-based protein and low-carb diets that require forgoing white rice (and even its healthier brown rice counterpart), the demand for a viable alternative that faithfully replicates the taste, texture and convenience of rice has never been greater,” the company said.

The 100 per cent vegetable-based products are low in sodium and calories; high in protein; verified non-GMO; vegan; and free of gluten, grains, trans fat, saturated fat and cholesterol. The two new varieties are rich in vitamins such as calcium, potassium and vitamin A.

Though a staple for centuries in Asia, many Western consumers have found white rice to be a poor choice when trying to maintain a healthy diet, the company said. Often over-processed to the point of losing virtually all of its nutritional value and mineral richness, white rice is packed with simple carbs. It can quickly spike up blood sugar levels and in turn cause sugar crashes and overeating.

Increasingly popular for its flavour, versatility and nutrition profile, edamame (ed-ah-MAH-may) are small green soybeans that come in pods like peas. Packed with all of the essential amino acids, edamame is a strong source of protein – especially for those who follow a plant-based diet.

Using only non-GMO soybeans, Seapoint Farms ensures that all of its products retain their naturally occurring levels of healthful isoflavones and soy protein proven to reduce the risk of heart disease by lowering blood cholesterol, the company said.