Can winning an award help your sales? 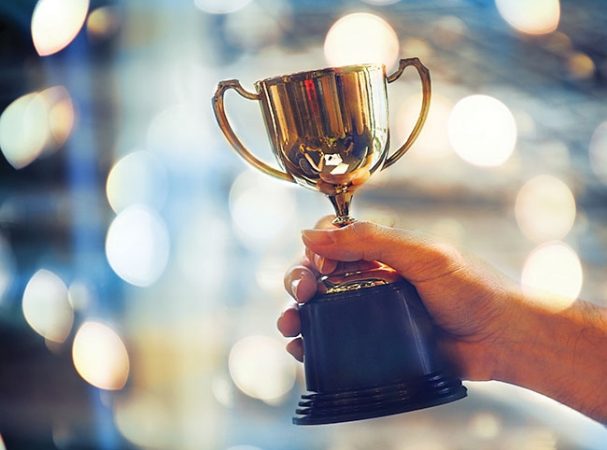 Awards matter. Just ask your tire company. The Michelin tire company was launched in 1889 by two brothers from France. By 1900, France boasted a car population of less than 3,000 on the road.

To sell more tires to a small population, one must encourage use. To get people to drive, the brothers began publishing a guide with maps and listings for hotels, gas and destinations. They started including restaurant listings and selling the guide in the 1920. They called it the Michelin Guide and in 1926 they launched a rating system for fine restaurants. To this day, almost a century later, boasting a Michelin star rating is one of the best forms of endorsement a restaurant can have.

A research study by Hendricks & Singhal from the University of Western Ontario and Georgia Institute of Technology looked at more than 600 awards won by companies for quality. The winners saw 37 per cent more growth in sales and 44 per cent greater return on the stock price than those companies without comparable awards. These statistics are even easier to measure and validate in the digital space because awards are considered “social proof,” which is one of the most effective triggers for website conversion. This is known as “conversion rate optimization” and it means you have assets on your website that get visitors to the site to take the action you want them to. That could be ordering online or booking a table. A blog post on foodandwine.com reports that one Michelin star rating increases business 20 per cent whilst three stars grows it by 100 per cent.

Michelin stars are very prestigious and given out sparingly, so they are not a focus for most restaurants. However, an award of any kind is the next best thing to an endorsement from a trusted friend.

WHEN THE CHEF WINS THE AWARD
Sometimes it’s not the restaurant that’s won the award – it’s the chef – and that can be both a strength and a risk for the business. Many large hotel chains have forged partnerships with big-name chefs to open up restaurants under the chef’s brand within the hotel’s operational umbrella. It’s a great fit because everyone sticks to their knitting and people will choose the hotel because of the chef’s name. In return the chef benefits from high-volume, captive traffic flow to feed the restaurant’s pipeline of customers. Alternatively, a chef can build his or her own personal brand within a restaurant owned by someone else. Media coverage is easily obtained by someone who works their own social media channels and appears on popular TV shows, podcasts and video blogs.

A chef can benefit by a connection to an awarded establishment as well. The term “Michelin-trained chef” has become firmly associated with an elite level of skill even though the chef wasn’t running the awarded restaurant or even working there when the award was won. There is no such thing as a Michelin-starred chef: the restaurants are given the award. By being good enough to be invited to work at an establishment with a Michelin star, or three, the chef benefits from the halo effect the award has.

WHEN THE FOOD WINS THE AWARD
Most high-profile culinary awards are bestowed upon the establishment or the chef. Those awards tend to be fewer and farther between, however, so aspiring to win an award for key menu items is a more focused and achievable goal. There are many creative ways to get accolades for specific menu items. Most communities have an annual “best of” or “readers’ choice” awards for local businesses. You could ask someone to nominate one of your signature menu items to see if it will win. The visibility to be part of the nominees would still be valuable even if you didn’t take top prize. You can hold the competition even within your own product offering by asking customers to vote for their favourite menu item. You likely know what the most popular item is already by monitoring sales, so it’s practical to cut to the chase and simply appoint this item as “Most popular” or “Top pick by customers.” You can enter competitions like the “Chef of the Year” contest Canadian Pizza runs annually. It’s a great experience for your team and if you win, the bragging rights will give you lots of visibility.

HOW LONG CAN YOU PROMOTE AN AWARD?
There are no hard and fast rules around how long one can promote being an award winner. If the competition is held annually, it would be good form to stop using the title when a new winner is crowned. You can get a bit more longevity out of the award by indicating when it was won. If you win top restaurant in 2017, you can probably squeeze about 18 months out of the title before it starts getting old but make sure to say “Top restaurant 2017” to differentiate from more recent winners.

WHAT’S THE DOWNSIDE OF WINNING AN AWARD?
It’s common for anyone who wins a big award to immediately start to worry about how to top it. Oscar winners obsess about their next role, Olympic athletes start to doubt themselves and if the award is a rating that can be downgraded at any time, it can be a signal that you’re on the downturn. Gordon Ramsay has no Michelin stars to his name but his restaurant had two . . . that was until both stars were taken away. Ramsay was reportedly devastated by the downgrading, which wasn’t his fault because he’d sold the restaurant and the licensing of his name with it. Nevertheless, his personal brand took a hit. Many chefs report that the stress of maintaining the rating is quite heavy.

When the brand equity of an award resides with an individual, that can be unpredictable for the business. That beloved chef you hire may bring with them a built-in stream of fans but they may leave as quickly as they came when said chef leaves to go elsewhere to work. Should a high-profile individual run into a scandalous situation, that poor reputation could spill over to your business too. Subway made “common man” Jared Fogle famous when he promoted his 200 lb weight loss as being aided by eating only Subway menu items. Fogle made millions . . . until he was charged and sentenced to 16 years in prison for possession of child pornography. Bill Cosby is another brand spokesman who promoted Coke, Jell-o and other big brands for years only to see all ties (and residual payments) cut when he was convicted of sexual assault.

MAKING THE MOST OF AN AWARD YOU’VE WON
Be strategic about what awards you covet and win. Ideally, they should feature the business or the food that you have most control over. Promote the award actively on social media, menus and websites. Share the joy of winning with the entire team to boost employee engagement and morale. Monitor and measure the lift in online and physical traffic you see from promoting the award.

Winning may not be everything, but it can be worth a few dollars on the balance sheet.

Michelle Brisebois is a marketing consultant specializing in e-commerce and digital content strategy and retail/in-store activation. Michelle has worked in the food, pharmaceutical, financial services and wine industries. She can be reached at michelle@textrixconsulting.com.