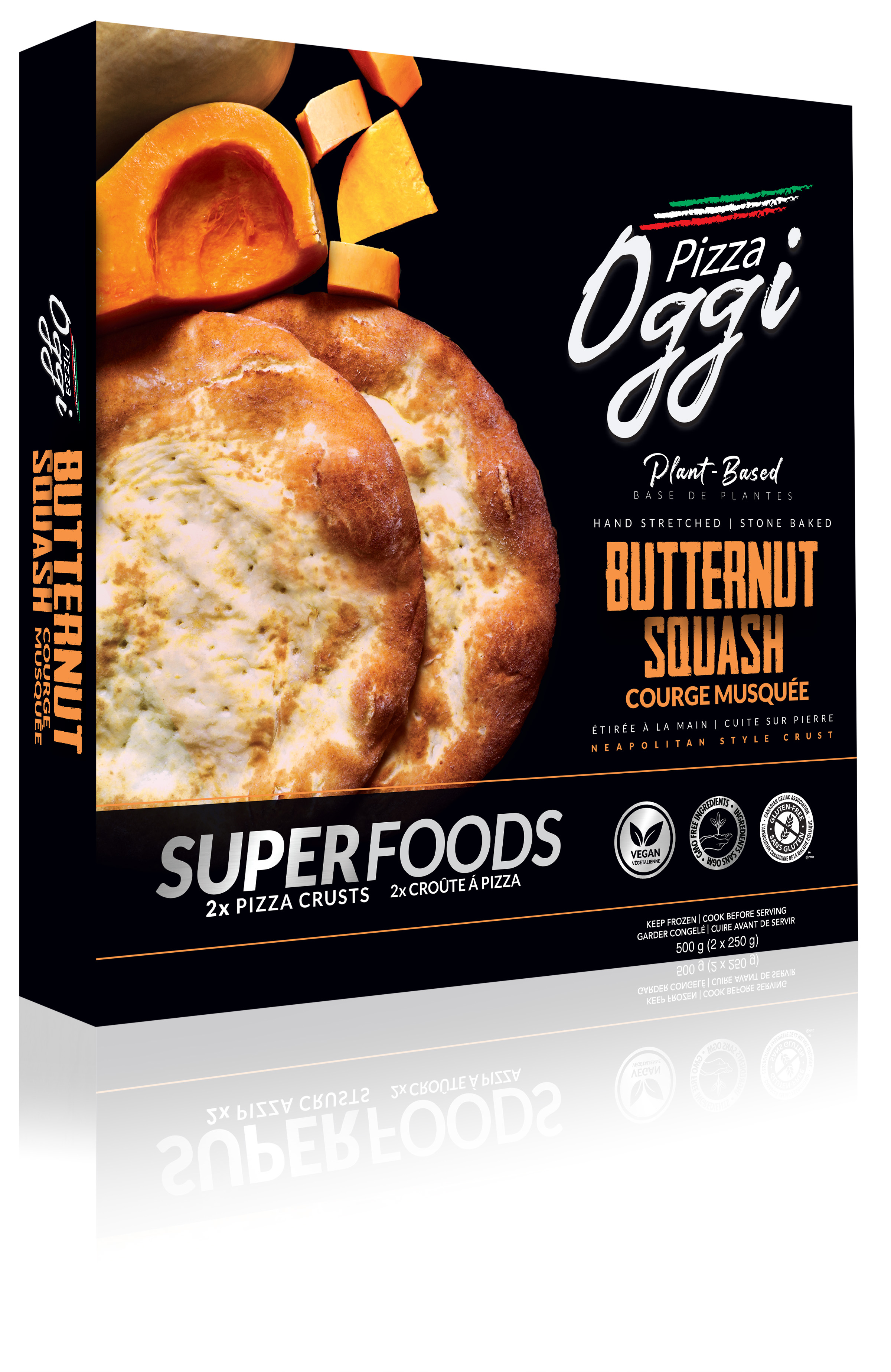 The crusts are hand-stretched and stone-baked to create a traditional Neapolitan Style crust, Oggi Foods said in a press release.

The company has a number of crusts available to restaurants and food service. Standard Neapolitan, Cauliflower and Butternut Squash crusts are vegan and gluten-free.

Oggi, which in Italian means “the Pizza of Today” – has a new Keto Crust that is gluten-free.

A variety of the company’s products can be found in most major Canadian grocers, among them Quattro Formaggi (Four Cheese), Margherita,  Vegitaly (Veggie) and Vegan Beyond Meat.