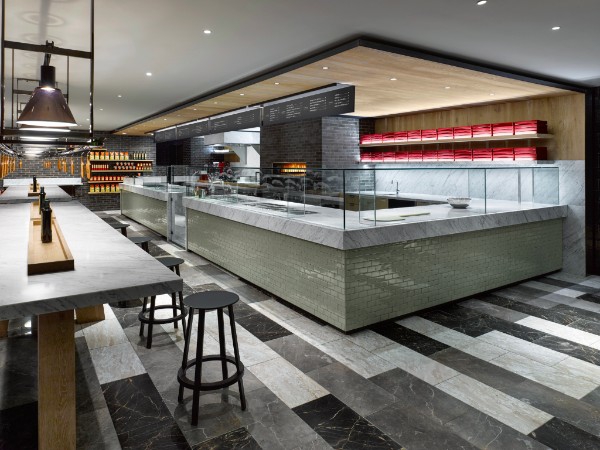 The Italian word for “farmhouse,” a masseria is typically a scenic barn situated on a country estate where friends and families gather to break bread, the restaurant said in a news release.

In an effort to bring the essence of the Italian countryside to the heart of downtown Toronto, Masseria will offer a modern take on traditional southern Italian dishes. Guests can expect to enjoy custom oven-baked pizzas, fresh signature salads and artisanal sandwiches made with carefully curated ingredients.

This new concept, dubbed “modern casual,” will offer the ease and speed of a fast casual restaurant, with the premium ingredients and quality that you’re likely to find at traditional Italian enotecas, the release said.

Toronto chef Rob LeClair, previously of The McEwan Group, will helm the kitchen. LeClair has worked at Bymark, One Restaurant and Fabbrica.

Masseria’s quick-service pizza counter will feature 10 classic pizzas. Among them will be a traditional Boscaiolo pizza, featuring woodland mushrooms, caramelized onion, pecorino and white truffle oil. More adventure-seeking guests can indulge in Masseria’s “Carbone” or Carbon pizza, made on an active charcoal crust.

Guests also have the option to customize their pie by moving along the counter and choosing from an array of premium ingredients and toppings. Once the pizza is assembled to satisfaction, the pie goes in the Wood Stone oven to bake until crisp –approximately 3 minutes. The menu will also include an assortment of wine and beer.

Located between two historical buildings on King Street West, Masseria has floor-to-ceiling glass windows just above street level, where guests sitting at the oversized communal harvest table have a prime view of passersby.