Is your business a pipeline to profits? 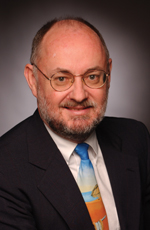 Nov. 30, 2009 – Is your business a "bucket brigade" or a "pipeline to profits"? A bucket brigade is a business that spends too much time in fighting fires and crisis management. A bucket brigade usually has a backlog of work and customers complain about how long it takes to get what they need. Does this sound like your organization?

Unfortunately, most businesses look more like a bucket brigade throwing water on a fire than a pipeline to profits. If you’re still not sure where your business falls, here are a few more elements that describe a typical bucket brigade:

First, employees or computers fill buckets (e.g., inbox, e-mail, workstation, vehicle, etc.) with work. It doesn't matter if the bucket is a carpet cleaning truck, a salesperson's order file or a hospital waiting room; it's a bucket. Then they proceed to work each piece in the bucket, filling an outgoing bucket with partially finished work to be sent on to the next workstation. The first piece in the bucket has to wait on the last piece in the bucket before moving on. They also fill another bucket with pieces that have to be reworked in an earlier step. Someone on the bucket brigade periodically picks up these buckets and carries them back to an earlier workstation to be processed. This rework inhibits the workflow. Because some workstations are faster than others, buckets pile up at some workstations waiting on the next step in their journey. This causes more delay. If a printer, for example, can print one million magazines in a day, but only bind 200,000, the other 800,000 have to be stored for four days and moved more than once, increasing the chances for damage. Because of the start-stop motion of the bucket brigade, inventory has to be maintained everywhere along the line: raw materials, partially finished work, rework, finished goods and scrap.

This bucket brigade method of running a business takes too much time and puts any business at risk. It makes it difficult to change the schedule of production. How did it get this way? It dates back to lessons learned as children.

The myth of economies of scale

If you were growing up in the 1950s, you learned about Henry Ford's mass production line and economies of scale. Economies of scale suggest that if a factory can produce 10,000 identical black Model-Ts, it would be cheaper than producing 10,000 custom cars. While this was true in the 1920s, in the 1950s Toyota was perfecting a way to produce 10,000 custom cars cheaper than 10,000 mass-produced cars.

In this century the new economies are economies of speed. The fast eat the slow. To avoid being eaten, a company must slash its turnaround times by 75 to 90 per cent. How does a company get faster? By turning their bucket brigade into a pipeline to profits.

Stop trying to make employees faster. In a bucket brigade, employees only work on the product for three minutes out of every hour.

Start making the product or service faster. Where does it sit idle waiting on the next step in its journey? How can the workflow be rearranged to allow each piece to flow through without waiting on the rest of the bucket?

Reduce inventory of all types. Inventory is fundamentally evil; it sucks up time, space and money that could be used more productively.

When one piece of work can flow through the business without waiting, it's a pipeline. Sometimes, small batches of work are necessary, but aim for one-piece-at-a-time.

While most managers worry that pipelines won't keep workers busy, it's only true for a short period of time. Studies have shown that a pipeline will enable companies to

Grow three times faster than their competitors (source: Competing Against Time by Stalk and Hout). When customers figure out that a business is up to 10 times faster than the competition, they flock to it. Reduce mistakes and errors by 50 per cent (less fire fighting, billing adjustments, returns, warranty problems, etc.). Any one of these three is a good reason to reconfigure a business into a pipeline, but when combined, they are a winning trifecta.

While bucket brigade businesses can still make a tidy profit, pipeline businesses can make a fantastic profit and garner more market share. Remember: the fast eat the slow. Haven't most businesses waited long enough to start streamlining their workflow into a simple pipeline that will maximize profits and customer satisfaction? Or are they going to wait to be overtaken and eaten? Only time will tell.

Jay Arthur, the KnowWare Man, works with companies that want to fire up their profits with Lean Six Sigma. Jay is author of "Double Your Profits: Plug the Leaks in Your Cash Flow." He has spent the last 20 years helping companies maximize revenue through the "Lean Six Sigma System," a collection of audio, video, books and software. Jay is also the author of "Lean Six Sigma Demystified" and the "QI Macros SPC Software" for Excel. To plug the leaks in your cash flow, sign up for free Lean Six Sigma lessons online at: http://www.qimacros.com/freestuff.html or call (888) 468-1537.