How to create change and break down barriers in your pizzeria 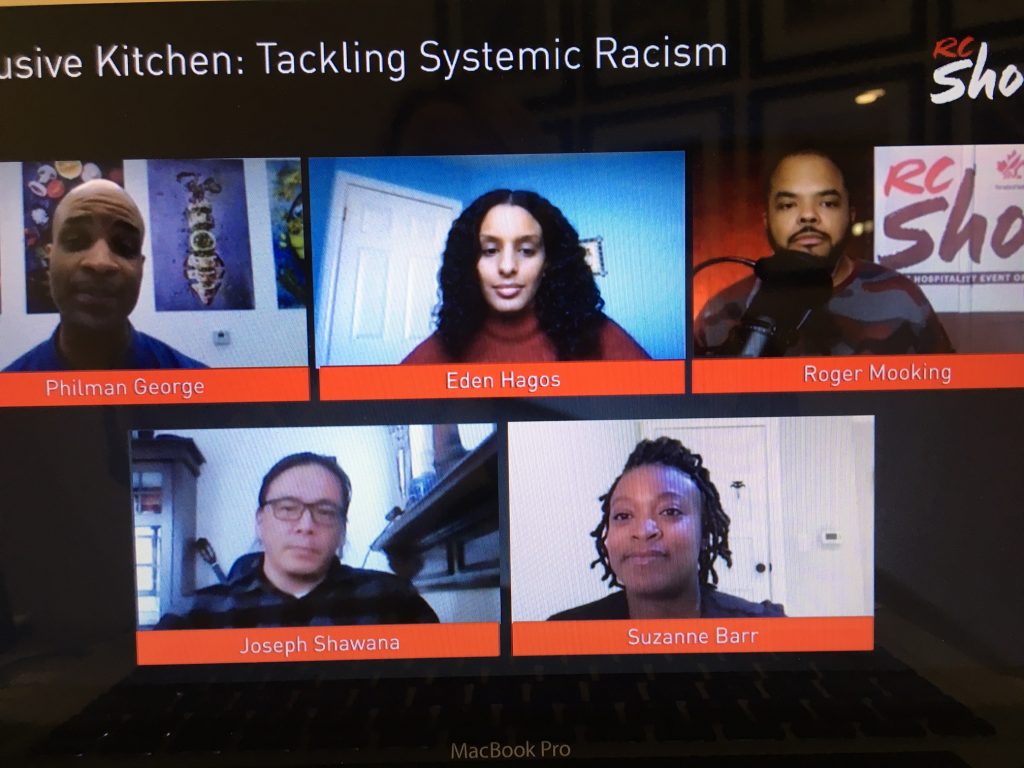 As Canada Day arrives, Canadians of many cultures and diverse backgrounds celebrate our country, but systemic racism is still omnipresent in our kitchens and restaurants.

On March 2, Restaurants Canada hosted a panel featuring some of Canada’s best-known BIPOC food experts to talk about how they experienced the devastating effects of racism and give advice on how to break down barriers and biases to create change and encourage inclusivity for the food industry.

The issue of abolishing the practice of tipping in order to establish a living wage for restaurant and bakery workers was discussed. Suzanne Barr observed the first place to start would be ensuring everyone in the food industry has a living wage. “We all have a role. We have a part to play in it, and we need to start to look at these issues head on and not be scared. Just know that we’re not going to always get it right, but it’s one step at a time.”

Roger Mooking observed, “I’ve been cooking in restaurants since I was about 15 years old, and I tell you, usually, I was the only black person in the kitchen… There was an era in restaurants right during the ’80s and ’90s, that the Sri Lankan people would be running the dishes, they would have a whole system for prep cooking, but they would never get to the level of first cook, sous chef, head chef. There was a cap.

“I used to work in a very prominent hotel in Toronto. One day I looked on the job board of all the chefs in this organization globally. And not one of these people looked like me at all. Not even close: maybe not even five per cent melanin. I knocked on the chef’s office and I said, ‘You know chef, I know that there’s hotel operations in the Caribbean: There’s a lot of black people in the Caribbean, but when I look on the board, I don’t see anybody looks like me…what’s up with that?’

“And I’ll never forget this: He said to me, ‘It just seems like y’all are not that interested.’ That was a moment that solidified the situation to me. Well, clearly I just have to build my own joints and take it from there, because it’s just never going to happen.” Eden Hagos added, “More often than not, you’re just not hired. You’re not promoted, you’re not considered for [promotional] campaigns.”

Cultural erasure in food and customers

Hagos also noted that many restaurants display a bias when serving BIPOC clients, and she often was treated with indifference or disdain. “I was made to feel like I didn’t belong. Or, like I wasn’t a good customer just because I was black, and so there were a lot of assumptions about me, like the thought that I wouldn’t tip, or that I wouldn’t pay. So many things like that are just inherently racist.”

Hagos added, “I started diving deeper into the food arena, and learning about the marketing campaigns and how people pitch products, or even tell stories around food, you just see how much erasure happens. I think that Canada is great at erasing…I think that’s what the bigger issue is when our food isn’t represented, like roti.” Hagos added that when attempting to discuss or promote Caribbean food, there was resistance. White restaurateurs and chefs often express unwillingness to prepare or price food for Caribbean or African dishes, arguing that clients would not be willing to pay for upscale versions of the same meal.

“Part of the way to change that is to have is to have our foods represented, have our stories and our chefs represented, so people have a different narrative of our cuisine.” Hagos emphasized that quality should not be lumped in with venue size. “You can have amazing food from a small street-food vendor, and you can also have an amazing sit-down meal with a black chef, in a black owned restaurant. Both things can be true at the same time, you know you can have that range. I don’t think black folks, especially, are given space for that range.”

Unfortunately, culinary racial bias exists for Indigenous chefs and clients. Chef Joseph Shawana recalls times he was in culinary school when fellow students would grab his hair as he was cooking. “When I moved to Toronto to further my culinary career, I felt [racism] was a prevalent thing, but growing up the way I did, I grew thick skin. I knew how to stay true to myself and focus.” Shawana observed that there was a lot of that systemic racism still built into culinary schools’ curriculums. “We all have to work twice as hard, three times as hard, to get where we want. Unfortunately, right now that’s just the way the world works and it’s about little changes that are going to happen.” Shawana said that despite the prejudices that still exist, he’s “very proud” to have come to Toronto. “It’s a very multicultural city.”

Shawana added that bias discussions in culinary schools and public forums are part of an evolutionary process. “I feel like we are on track to get toward a conversation to tell our stories. As long as we can tell our own personal stories, it will help at least one person get through one day, from an offhand comment from a chef or even someone less senior than they. [Racism] is a very hard subject to talk about, but it is a subject that needs to be dealt with every single day.”

Mooking expressed frustration at pitching global cuisine menus to be met with indifference or rejection. “I’m trying to tell a story on the plate. I’m always presenting recipes that tell those stories. On the surface [companies] come and they say, ‘Yeah, we come to you because you can represent all these things…and it’s cool and that’s what we want.’ And then you give them that. And then they say, ‘Yeah, but can you do a grilled cheese or a hamburger?’” Mooking stated how important it is to present culturally diverse menus and bring them to the public at large so kids growing up knowing there is more to food than “mac and cheese.”

Create and listen to a diverse team

Suzanne Barr, who won the Social Advocate award, was asked, “How can restaurant management make an impact and change the systemic structures in our industry?”

Barr advised, “I think it really comes down to being persistent about the things that you know are important in life, and stand behind your passion. And I think when we think about solutions and we think about fundamental steps that we can start taking to actually start making some real changes, I think we need to stop diversity hires.”

Barr clarified, “It’s great to hire people, because everyone needs to get a little money in their pocket, but I think we need to go even further, we need to go deeper. We need to understand fundamentally what the core value is of your brand, your restaurant…are you just trying to be a voice of ‘yes we stand with you, we align with you,’ but what does that mean for you as a company, you as an individual, you as a restaurateur? Do you have a team of people that look like myself and everyone on this on this panel today?”

Barr suggested turning to the people that comprise the majority of the business, to avoid missed opportunities in talking to the people at every stage of the food service industry. “We talk about sustainability of food, which is beautiful…but if we don’t start talking about sustainability of people, I think we’re going to miss a major opportunity.” She noted that even a diverse team can be silenced or have a message diluted if the culinary team feels their input will be ignored or may threaten their position. “It’s easier when you do ‘just enough,’ or you just say the right things to keep your job.”

Let your food tell a story

Shawana added that one of the reasons he moved to the education sector was to educate the youth and the children who will one day be part of the food business’s culture. “It’s not just tacos and bannock.” He wants diners and restaurants to be aware of the significance of certain food behinds trends. “The storytelling is a major role in how we can overcome racism, whether it’s in our generation, or my son and his generation.”