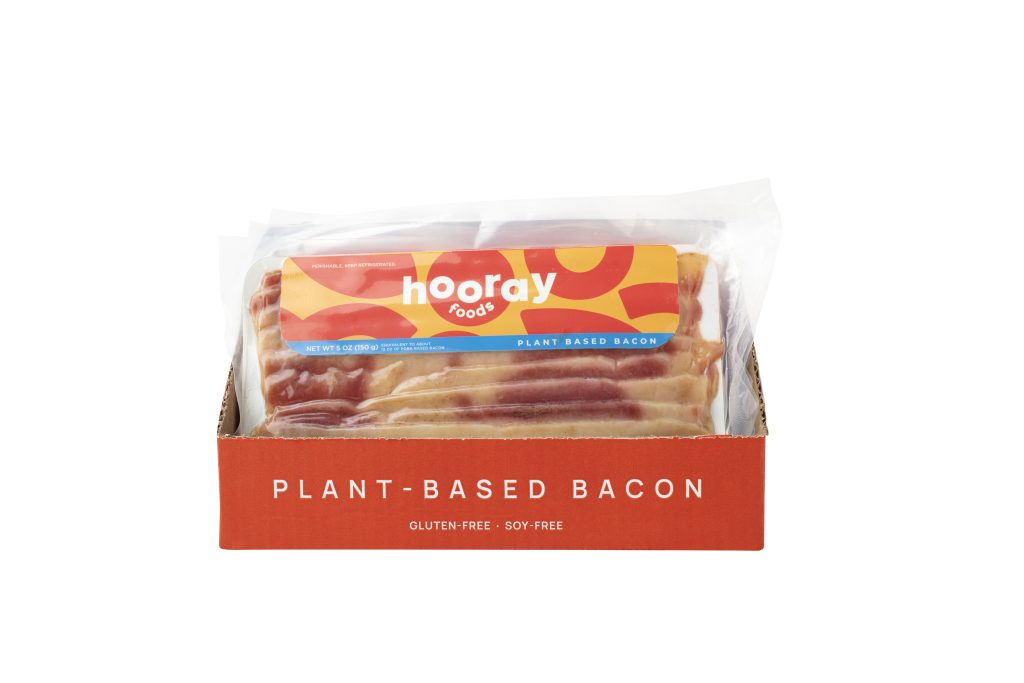 Hooray Foods innovative bacon-flavoured strips that look, cook and taste just like real bacon, are now available in grocery stores in Canada. Sobeys Inc., has become the first Canadian retailer to carry the plant-based bacon product, which will begin rolling out to 180 Sobeys, Safeway and Thrifty Foods locations in Ontario and British Columbia.

Hooray Foods enters the Canadian market as the meat alternatives industry is booming. The company cited a recent Ernst and Young report, commissioned by Protein Industries Canada, that suggests the global market for meat alternatives is expected to rise to  $107-$180 billion Cdn by 2035.

Setting Hooray Foods bacon-flavoured strips apart from other meat-free bacon alternatives is an original way to encapsulate fat. This allows replicating the unique taste and texture of bacon, as well as adding to the nostalgia and experience of cooking it. Hooray bacon-flavoured strips are minimally processed and are free of soy, gluten, nitrates and hormones.

The plant-based bacon will begin rolling out to 180 Sobeys, Safeway and Thrifty Foods locations in Ontario and British Columbia.