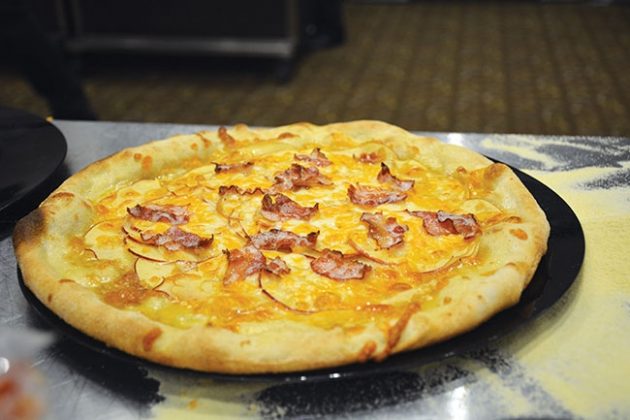 According to chef Maurizio Mascioli, much research and development went into this pie, which is a popular item on the menu at his pizzeria, Maurizio’s Inc.

As a result, every milligram matters and amounts are exact. Mascioli and his team created more than a dozen variations before settling on the final version he took to the competition.

Read our profile of Maurizio’s.

Maurizio Mascioli owns and operates Maurizio’s Inc. in Parry Sound, Ont. He won the Canadian Culinary Federation (Toronto branch) competition in 2017 and has twice competed in the International Pizza Championship in Bucharest, Romania, where last March he brought home the Gold Cup Master Chef and gold and silver medals.
Print this page