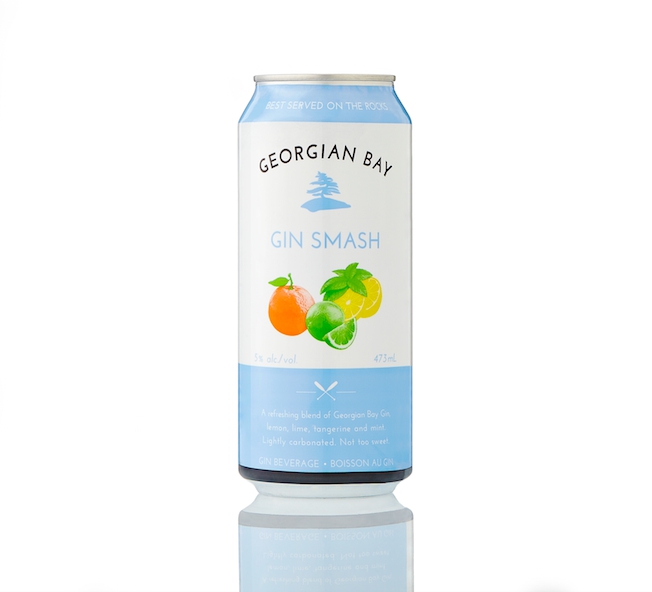 Small-batch spirits producer Georgian Bay Spirit Co. has introduced a gin-based ready-to-drink beverage it describes as a craft cocktail in a can.

The Georgian Bay Gin Smash is made by blending gin containing wild Georgian Bay juniper berries and other botanicals with lemon, lime, tangerine and fresh mint. The result is a lightly carbonated, crisp and invigorating blend of natural citrus flavours with a light mint finish, Georgian Bay Spirit Co. (GBSC) said in a press release.

According to the company, the Gin Smash is much less sweet than typical ready-to-drink beverages.

Longtime friends and partners Denzil Wadds and Tim Keenleyside created the drink. “It’s the kind of beverage I like to enjoy on my cottage’s dock on a hot summer day – light, refreshing, and not overly sweetened,” Keenleyside said.

“While the Gin Smash is delicious served chilled right from the can, I like to dress it up in a mason jar filled with ice and a sprig of fresh mint for an extra touch,” Wadds said.

The Georgian Bay Gin Smash, like other GBSC beverages, is named for Georgian Bay in Ontario. It is available in LCBO stores across Ontario.