From farm gate to dinner plate

How Canada has set the standard for food safety

When it comes to Hazardous Analysis and Critical Control
Point (HACCP) Standards, every member of the industry is a partner in
managing the risks associated with food processing and foodservice.

How Canada has set the standard for food safety 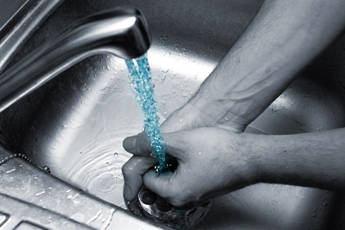 When it comes to Hazardous Analysis and Critical Control Point (HACCP) Standards, every member of the industry is a partner in managing the risks associated with food processing and foodservice.

To date, HACCP food safety standards have been mandatory for only a few, namely federally registered fish and seafood processing establishments, and others in the meat and poultry sector. But as Larry Dworkin, HACCP administrator for the Packaging Association of Canada (PAC), points out, any company not starting in the process may find itself at a disadvantage.

The PAC has named HACCP the official protocol for ensuring packaging companies uphold the highest standards of food safety.

Major domestic and international processors such as Kraft, Parmalat, and Natrel are demanding food ingredient and packaging suppliers have HACCP programs in place. And the Canadian federal government, through Agriculture and Agri-Food Canada, has ensured this is not a project in isolation. The AAFC granted the packaging association sole authority over the development and management of several HACCP Standards for packaging materials and food quality enhancement in Canada.

HACCP compliancy will give Canadian suppliers a distinct competitive advantage internationally. The potential of packages being turned away at the border for failing to meet HACCP standards is a not-so distant reality, explained Dworkin.

Canada is leading the way in terms of food safety standards. The PAC has received requests for copies of their packaging standards from such countries as the United States, Europe and China.

By holding packaging and food suppliers accountable, HACCP Standards help prevent food-borne illnesses and cross-contamination before they effect the end-user. The packaging industry is really part of the food supply chain, said meeting facilitator Roger Miller, as packages provide vital links between each of the steps.

One of the cornerstones of HACCP is that it is preventative, not reactive. The standards help the food industry predict where failure points may be in the supply chain, and take action so those failure points are never reached.

Dr. Garth Sundeen, of the Canadian Food Inspection Agency, explained that during HACCP certification, companies are asked to identify potential hazards. They are asked to list the preventative measures they could take to reduce the likelihood of the hazard. For example, will better cooking instructions for the restaurateur help alleviate the problem?

What does this mean for pizzeria operators?

Processors, suppliers and restaurateurs all have an obligation to manage the risks. Packaging companies took HACCP under serious consideration when the food processors they supply were starting to demand it. Dworkin hopes pizzeria operators will, in turn, start demanding the same high standards from their suppliers.

“For those in the pizza industry, what we’re preparing is really for them to go to their packaging [and food] suppliers, and say, ‘here’s what we need, so do it.’”

But the obligation for a pizzeria operator extends far beyond demanding HACCP Standards from their suppliers – if they are also packaging and selling frozen pizzas.

Historically, there has been no outbreak of food-borne illness associated with frozen pizza, according to the CFIA website. However, considering the ingredients consist of cheese, meat and spices in the sauce, the potential is still there.

By CFIA classification, pizza is noted under the category, “assembled meat products.” The HACCP model for an assembled product would be relevant to the preparation of sandwiches and other similar products where the ingredients are received in a cooked, ready-to-eat condition.

The process of frozen pizza production, according the CFIA, does not contain a cooking step except for the crust. The end user may either fully cook or only reheat the product before consumption.  Because of the variation in cooking directions, “the heating step cannot be relied on as a microbiological kill step.” This makes the receiving of these ingredients a critical control point under HACCP Standards.

Assuming the product is quickly frozen, and the frozen condition maintained during distribution, the growth of organisms is limited, but this will not eliminate any microbiological hazards already in the ingredients. Yet another reason to encourage suppliers to comply with HACCP standards.

Pizzeria operators offering frozen pizzas should consider HACCP certification for their own establishment. The Canadian Restaurant and Foodservices Association recommends all foodservice operators should at least apply the HACCP principles.

The HACCP Safe Food Handling Techniques video available at www.cfra.ca shows operators how to identify high-risk foods in menus and recipes. The video takes restaurateurs through the entire handling and preparation process and helps identify critical control points where food might become contaminated.

HACCP is a priority because it’s about the protecting customers. For restaurant operators, the customer is the end-user. But there are many customers and many transactions that take place before the food arrives on the plate – packaging suppliers who purchase from raw material suppliers; distribution service suppliers; and food processors who, in turn, purchase from packaging suppliers.

“Clearly, this is a cultural topic that has to do with how people in the convergence industries are really part of the food industry,” said Miller. “The behaviour of an operator putting a box together in a plant can influence the hamburger you will make at home.”

And it’s when people make that link – to their own kitchen table; to their own children’s food allergies – that preventative measures will become a main priority. And with the HACCP protocol becoming the international standard and Canada leading the initiative, it’s the Canadian food industry that is raising the bar – and making the link – from the farm gate to the dinner plate.•�