Don’t copy but create your own pizza: Gino Sorbillo Q-and-A 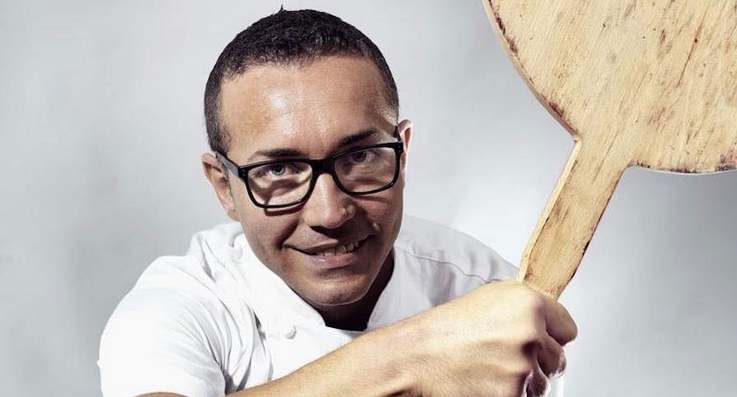 Milan, Italy – Gino Sorbillo is an enthusiastic and very successful pizza maker (with various pizzerias in Naples, Milan and New York and one about to open in Rome) who is keen to get his ideas across.

“So many people write to me on social media asking for advice and I try to reply to all of them. Because I’m passionate about my work, and openness is needed. For example I exchange information about my suppliers with other pizza makers and I think that it’s right to do that.” There is no one better, then, to enlighten us on the direction pizzas are heading in, because this timeless favourite has undergone some changes in recent years. This is what he had to say.

“There’s a lot of interest in pizzas right now, and a lot is happening in doughs, raising agents, temperatures and baking processes. Years ago there were just two or three basic types of pizza, but we’ve now convinced people that pizza makers are like artists and their pizzas are the canvas on which they can convey a unique message.”

What would you say to a young person who wants to get into pizza making?
I would tell them not to copy. They can take their cue from the experts but they shouldn’t just slavishly copy them, everyone needs to make their own kind of pizza. The possibilities are endless: look at your local area and the ingredients it gives you, tell your own story.

How did you go about creating your pizza?
The pizzas in the legendary Via Tribunali family pizzeria (the target of a night-time bomb attack a few days after this interview – ed.) are those of the neighbourhood where I was born and they’re different from the kind you find elsewhere in Naples, Chiaia and up on the Vomero, which are smaller, whereas ours are more generous and irregularly shaped. I base my philosophy on the fact that I have been making a pizza that belongs to me for 25 years.

What about your other pizzerias?
I have other plans, for example Pizza Gourmand in Milan is working on regional pizzas and the use of more eco-friendly electric ovens, so it’s more an Italian than a Neapolitan pizza. I want to glean the best from the various regions. The one that’s about to open in Rome will be similar to the one on the Naples waterfront: a menu with seven pizzas, seven desserts and seven liqueurs.

What part does technology play?
I’m always very up to date on developments – I’m not one to just sit back and let things happen. If I can, I change my equipment even every six months. An appliance that is 10 years old can never match a new one, which is safer and consumes less. There are systems to pre-set and regulate the heating of the dough, even remotely, and the water-weighing system will ensure you get consistent results. We used to weigh out the raising agent by hand, but now it’s done on electronic scales. We’ve learned a lot from the patisserie business, including on the small items that make the work easier and more hygienic: cutlery dryers, water softeners, cold storage rooms and even mozzarella slicers. All this helps to keep ingredients fresher, which in turn means that our customers go away happier.

How has the relationship between pizzas and restaurant food changed?
Restaurants used to offer pizzas to attract customers when they’d just opened, and then, once the place had got going, they’d take them off the menu, almost as if they were something to be ashamed of. We have made sure that pizzas come in through the main door and demonstrated that our profession is a dignified one. And that includes its diversity: a pizza is the creation of a pizza maker, just like a haute cuisine dish is the creation of a chef. You can give your own personal interpretation: for example I defended the one Cracco made, which I had only just tasted when that well-known controversy arose. Collaborations and cross-overs are great, and yet they remain two different professions.

This interview with Gino Sorbillo is courtesy HostMilano. Get details about the upcoming HostMilano trade show in October 2019.