Could a new co-op model called Radish give pizzerias control and build a sense of community? 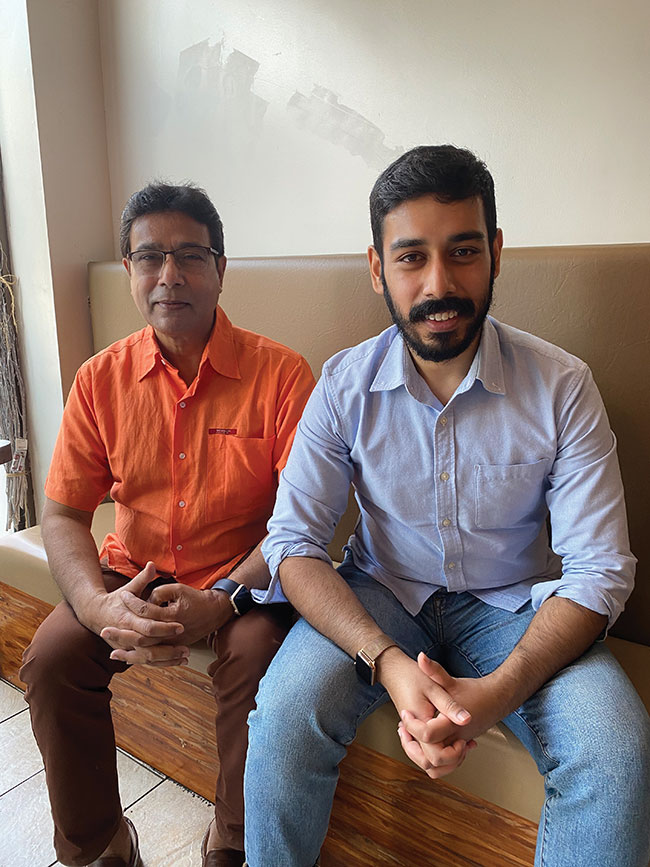 Mention food delivery and you get strong opinions from pizza operators about what works or doesn’t work. It usually comes down to two camps: employing in-house delivery drivers vs. using third-party services.

But is there a third option for pizzerias? Radish, a Montreal delivery co-op owned by its members aims to put restaurants, delivery drivers and consumers on a more level playing field.

Radish (a play on “Rad Dish”) is owned by its members. The concept is described at radish.coop: “As with other online delivery platforms, you can make orders online and have them delivered. Where we differ is that restaurants, drivers and consumers on the platform all have a say in how the platform is operated.”

Mansib Rahman, who has a background in both restaurants and technology, is co-founder of the online service (in future also to be a smartphone app). with Qudsia Saadat and his father, Masum Rahman.

His parents spent 25 years in the business, most of those running franchises for pizza and pasta chain Toujours Mike’s, and he worked in restaurants from a young age. Later, he managed locations while his father was away with an illness. After studying engineering he worked for the likes of Microsoft and Desjardins Group.

Father and son recently opened Buffet Maharani, an all-you-can-eat concept that prepares food according to demand and serves it at the table. They were hard hit by the pandemic but have carried on with delivery.

“At the new restaurant, we’re not exclusive. We also have UberEats and SkipTheDishes. Our goal is to be an alternative.” Still, he says, with outside services, too often the service is bad, drivers argue with customers and bags and boxes are not insulated.

‘We want to put the restaurant front and centre for the consumer.’

The young entrepreneur got the idea of using the co-op model while working for Desjardins credit unions.

“Businesses that join the platform get to vote and participate in general assemblies and committees,” he says. “In our case, if a majority of restaurants want something we have to do it. We’re structured by region and each setup depends on population and density.”

Every member buys a share, he says. The goal is to keep fees low as possible: he estimates fees as a percentage roughly equal to half of what most delivery services take. The difference is that the surplus is returned to members using a global calculation. About 10 per cent stays in community good works and the rest is redistributed. Rahman estimates restaurants could get back about 33 per cent of the profits, depending on how much they use the platform.

For now it’s a Montreal venture, but Rahman hopes other cities will be interested in starting a co-op: “First, we want to do things on a local scale, then there is a rapid growth. Once we have the formula right it will be easy to onboard others.”

A handful of large chains are interested as well as many independents. “Right now we don’t have the means to go everywhere but we’ve been in touch with Vancouver and a few cities in Ontario. I do see us working to go elsewhere in Canada, but we don’t want to impose the model.

Radish prefers to hire full- and part-time drivers but also will hire independent contractors at a lower rate. “Drivers are members of the co-op who vote and share in the profits. Benefits include insurance and long-term career opportunities,” says Rahman, who believes the model shines in communities that rally around it.