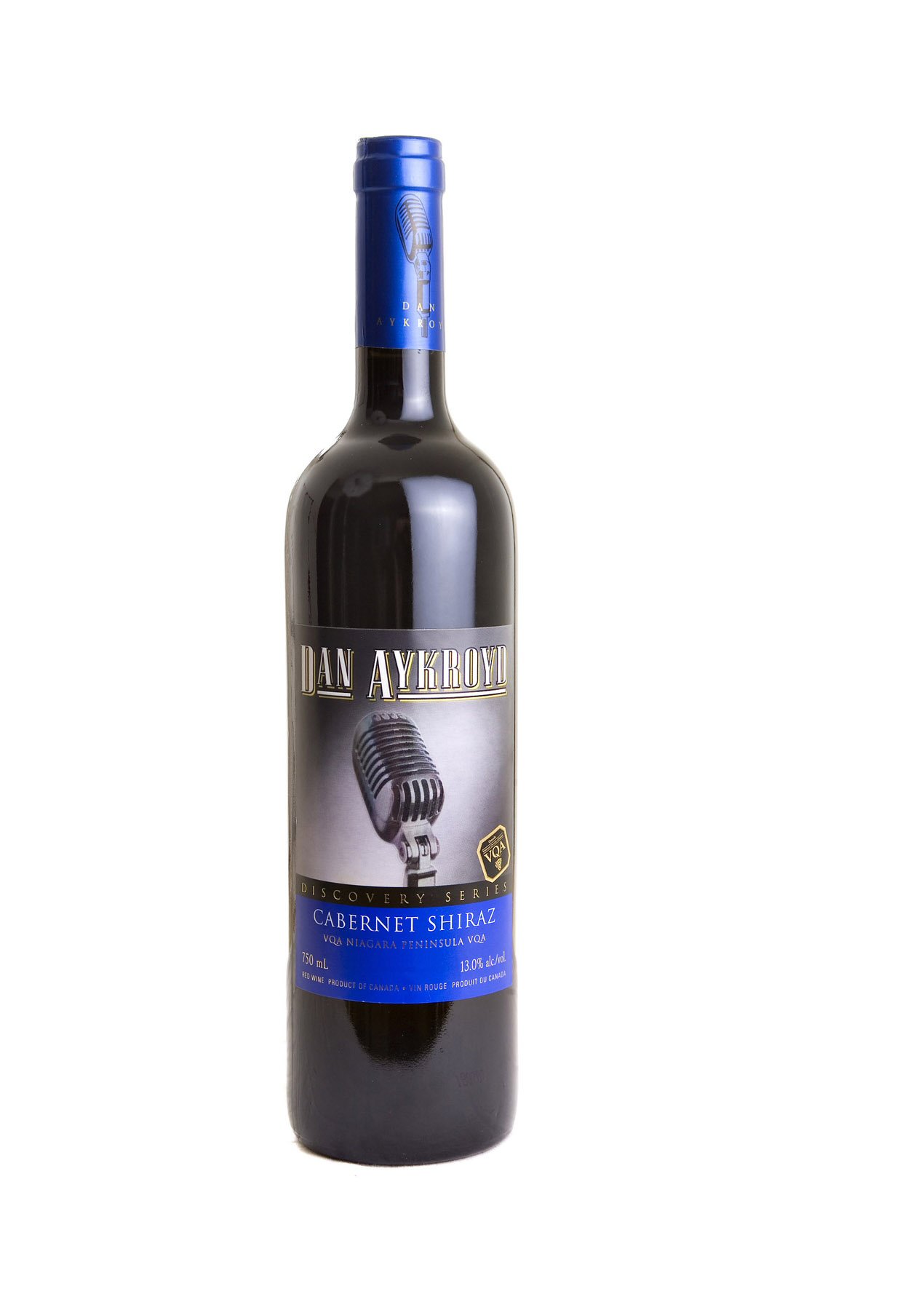 The
honour was given at the 2009 Cuvee Awards, reported

Diamond Estates Wines & Spirits, the agency that produces and
distributes Dan Aykroyd's Canadian wine. The Cuvee Awards are
the only awards in Canada where the winning wines are chosen by the
participating winemakers. All tastings were conducted blind and over 50
wineries competed with a total of 190 wines entered into competition.

The award was presented to Diamond Estates Wines & Spirits' winemaking team
that is made up of Tom Green (VP of Winemaking) and winemakers Jason Roller and
Scott McGregor.

"This is a great achievement by our young dynamic winemaking team. They
have diligently worked to create a top-notch red wine that has clearly earned
the respect and accolades from Ontario's best winemakers," said Aykroyd.

Deep ruby in colour, the Dan Aykroyd 2007 VQA Discovery Series Cabernet Shiraz
displays a rich bouquet of dark berry fruit and peppery notes. The palate is
smooth in texture, showing concentrated flavours of black plum and cassis
complemented by an undercurrent of spicy layers. The varietal is available in
most LCBO stores across the province priced at $14.95.

The Ontario 2007 vintage is considered by experts to be one of the best ever.
This is due in part to a long, drought-like summer mixed with the right amount
of precipitation. This in turn produced complex and flavourful wines as a
result of this pristine growing season.

"We are honoured to have received this award by our peers. Dan has
impeccable taste when it comes to producing his wine and we are thrilled that
we were able to produce a blend that was worthy of such great recognition,"
said Green.