Restaurateurs need to be creative to maintain customers

Pizzeria operators hoping to ride out the soaring energy costs should partner with their location gas station.

Increased Energy Prices Hurt, But There Is A Solution 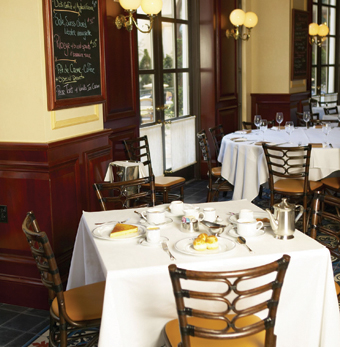 Pizzeria operators hoping to ride out the soaring energy costs should partner with their location gas station.

Driving sales through this kind of cooperative marketing plan might be a significant factor in whether or not a restaurant maintains its traffic flow at a time when consumer confidence is sinking, and food spending is being carefully evaluated.

Market researcher Melissa Wilson had this thought to offer seminar attendees at the recent HostEx trade show in Toronto. Wilson was pointed in her presentation on trends that will impact the food and restaurant industry over the next year, and was adamant that rising energy costs are going to be one of the biggest hurdles.

And before all fingers point to the devastating hurricane season in 2005, Wilson said the trend in consumer spending habits actually began to shift in August before the oil industry in the Gulf of Mexico was damaged by extreme weather.

The downward pressure of restaurant spending is also likely to continue as colder weather arrives with the winter season.

“The prediction is we’ll see at least a 30 per cent increase in heating costs. This has a huge impact on (consumers’) budgets.”

And while Wilson can track how this will affect the spending habits of consumers at the various levels of service options, the underlying concern rests more on what is evolving economically in Canada.

Consumer confidence is at one of its lowest levels since 2001.

“The spike in gasoline prices following hurricane Katrina left less money in consumers’ pockets and clearly affected confidence in September,” Paul Darby, deputy chief economist with the Conference Board of Canada, said in a release.

“Even so, this is a major decline in consumer confidence and will likely affect spending and Canada’s overall economic performance for the next six months.”

“Consumption is still on solid ground and it will stay there. But households could become more careful with how they spend their disposable income.”

The entertainment and travel industries would be the first to feel the effects of consumers tightening their budgets, Lafleur said.
These findings are similar to those of the Decima-Investors Group Index of Canadian Consumer Confidence, also showing a decline to the lowest level in four years, with Canadian results mirroring a similar drop south of the border. In October, American consumer confidence continued its decline.

That people are getting spending jitters in the wake of jumping petrochemical prices should come as no surprise, according to Gavin Graham, director of investments at Guardian Group of Funds.

“This is a fairly unsurprising development given all the bad news that’s been out there,” he said.

“The pattern of results indicates that Canadians seem to feel that the macro economic impacts will be more short term than long term, because the sharpest rise is in concerns about the one-year economic outlook. While these conditions might depress consumption levels, people appear to think that they will be able to get through the rough patch,” said Bruce Anderson, CEO of Decima Research.

But even that tempered optimism may change, Graham said, if predicted increases for heating oil and natural gas come to pass over the next few months.

“This even before the real hit, which is going to be your heating bill, with a 60 per cent increase estimated on the way for winter,” Graham said.

“Unlike, ‘No, let’s not go to Wal-Mart this week, or let’s not go for a drive in the country,’ heating your house in February is not something about which you have a choice.”

And where this consumer attitude is likely to surface in the restaurant industry, Wilson said, is at the higher level. Full serve restaurants may feel the impact as consumers “trade down,” or move from finer dining to casual dining, or quick serve restaurants. But that isn’t to say QSRs will be the big winners. Consumers will also drop off the end of the “food chain” as they tighten their belts and make dine-out options a thing of luxury over convenience.

Not only are Canadians facing higher energy costs, but as a culture, spend less on food than most other developed nations. In 1997, the last year for available statistics, Canadians only spent 10 per cent of their household budget on food and alcohol.

And this is where Wilson sees the need for some renewed entrepreneurship.

Hard work is without question. Value meals that appeal to families may help influence some buying decisions, she added.
But the one idea she was willing to share some concrete results from, is the gasoline tie-in. As consumers still grumble about fuel costs, the penny-pinching mentality will take over.

This was a challenge faced by one restaurant her consulting firm worked with in the United States. The end result was a partnership with a local gas station and the restaurant, which specialized in chicken wings. For every fill-up at the station, the consumer received a coupon for six additional wings, free of charge. In turn, if the consumer spent a minimum of $25 a month at the restaurant, they received a free $10 gas card for the station.

While the benefit to the wings restaurant is obvious, the gas station benefitted through higher volume sales, and increased sales in their snack and beverage categories because the driver had to go inside the station to receive credit for the additional chicken wings.

“I’m not a fan of discounts,” Wilson said. “But I would try bundling. There’s a greater value perception.”

OFF PREMISE
Tied to this economic conundrum is the trend of consumer off-premise meal incidence.

A significant increase in take-out consumption patterns has emerged over the past ten years, with almost 60 per cent of ordered meals being consumed away from the restaurant.

And where this was previously an area dominated by QSRs, Wilson said there is a movement towards gourmet take-out at the same time as delivery service wanes.

“We’re seeing that the consumer expects to sacrifice food quality for the convenience of take-out. But we have to be cautious, as expectations will become higher. Consumers want to see more full serve restaurants offering take-out.”

And while caution was the focus for the moment, Wilson underlined the point that if a FSR was considering a take-out option, it cannot come as a secondary thought.

Her prediction is that take-out food service will proliferate with the consumer. Where the real opportunity lay for the restaurateur is to take that opportunity and turn it into an experience, not just a transaction.

“Think about when the consumer makes their decision for take-out,” she put forth.

In today’s age of communication, Wilson said the wise restaurateur will consider ideas such as static cling windshield stickers – much like what a mechanic would use to remind a driver of the next required oil change. Having that number handy while the consumer is commuting may very lead them to your doorstep over that of some hamburger joint.

Or, given the high use of the Internet in today’s culture – two-thirds of online Canadian households use a high-speed connection – taking your menu online.

An Ipsos Reid study titled Online News and Information Seeking: What the Future Holds, suggests Internet use among Canadians is on the rise, up about 46 per cent to 12.7 hours a week from 8.7 hours in 2002. That increase comes while radio listening has dropped an average of five hours to 11 hours per week.

Television remained atop the list of the most-used media sources, according to the poll, with Canadians watching an average of 14.3 hours of TV per week – the media of choice for the brash marketing of the frozen pizza industry, with their “it’s not delivery” message.

“For the first time since we began tracking these activities, younger Canadians are spending more time on the Internet than watching TV,” said Catherine Rogers of Ipsos Reid. Younger Internet users were found to have spent 14.7 hours online a week, about three hours more than they did on radio and television.

“This change in media consumption has significant implications for advertisers and marketers,” she added. “Any advertiser looking at this demographic should be re-evaluating their marketing strategies if they haven’t already.”

According to Wilson, 48 per cent of consumers want to be able to order online for pick-up later. Sixty-one per cent of those surveyed by her firm indicated they wanted to see menus online.

Sadly, she indicated, “Our industry is so far behind the curve in the use of technology. We’re easily five to 10 years behind other industries … the forecast annual growth for e-commerce is 57 per cent.”

For the restaurateur, the Internet can become a source of information, food reviews, location and driving directions, or weekly specials.

“The Internet and computers are under-utilized marketing and sales tools for the restaurant industry. But here is a real opportunity for revenue growth and an opportunity to increase customer satisfaction while decreasing labour,” Wilson said.

In summarizing her perspective, Wilson said restaurateurs must get behind the trends that are emerging, understand the values and drivers behind them, and ultimately, determine what impact this will have on their business.•

With files from CP